Having missed out two days due to a busy weekend, there is some extra reading today in order to catch up. Way back in 1967 round-the -world cruisers were a rare and hardy bunch who were news wherever they went as their pioneering spirit caught the attention of news hacks and of course a broad cross-spectrum of readers who found their stories compelling reading. So it was not surprising that ‘Three men, one girl sailing the world on trip to adventure’ was a headline.

We then jump to 1986 when Bertie Reed was welcomed ‘home’ as he finished the first leg of the BOC Challenge.

There was tragedy on the Crystic Beachcomber Crossing when a crew member was washed overboard by a giant wave from ‘Camalot’. In the same year Hermanus Yacht Club had a big start to the Club’s season.

Geoff Meek was knocked out of the Omega Gold Cup, while the Cape Times carried a big full colour pic of a Whitbread 60 closing in on Punta del Este. A not-so-good black & white pic showed Grant Dalton at the helm of ‘New Zealand Endeavour’ on their way to winning the first leg of the Whitbread Cup.

1967. ‘Three Men, One Girl Sailing the World on Trip to Adventure’. Four New Zealanders – three men and a girl – sailed into Durban on a 41′ ketch, ‘Bona Dea’, from Invercargill yesterday afternoon for a three-month call on a round-the-world trip. To read the full report, Click on the following LINK: 1967 10 19

1986. ‘Bertie Billows Back to Harbour’. A lone piper and a crowd of almost three hundred people gave South African Bertie Reed a tumultuous welcome as his BOC Challenge racer ‘Stabilo Boss moored in the Royal Cape Yacht Club yesterday afternoon. To read the full report, Click on the following LINK:  1986 10 21 162

1987. ‘American Yacht Skipper Tells of SA Friends ‘Face in Wave Behind Us’”. The skipper of the yacht ‘Camelot’, which lost a crewman during the recent Crystic Beachcomber Mauritius-to-Durban race, described at the weekend how his friend had been washed overboard by a giant wave. To read the full report, Click on the following LINK:  1987 10 19 10_Redacted

1989. ‘Big Start to Club’s Season’. The Hermanus Yacht Club, perhaps one of the most picturesque and well-endowed clubs in South Africa, started its season with a bang – the first of the Western Point Series regattas. To read the full report, Click on the following LINK:  1989 10 19 379 5 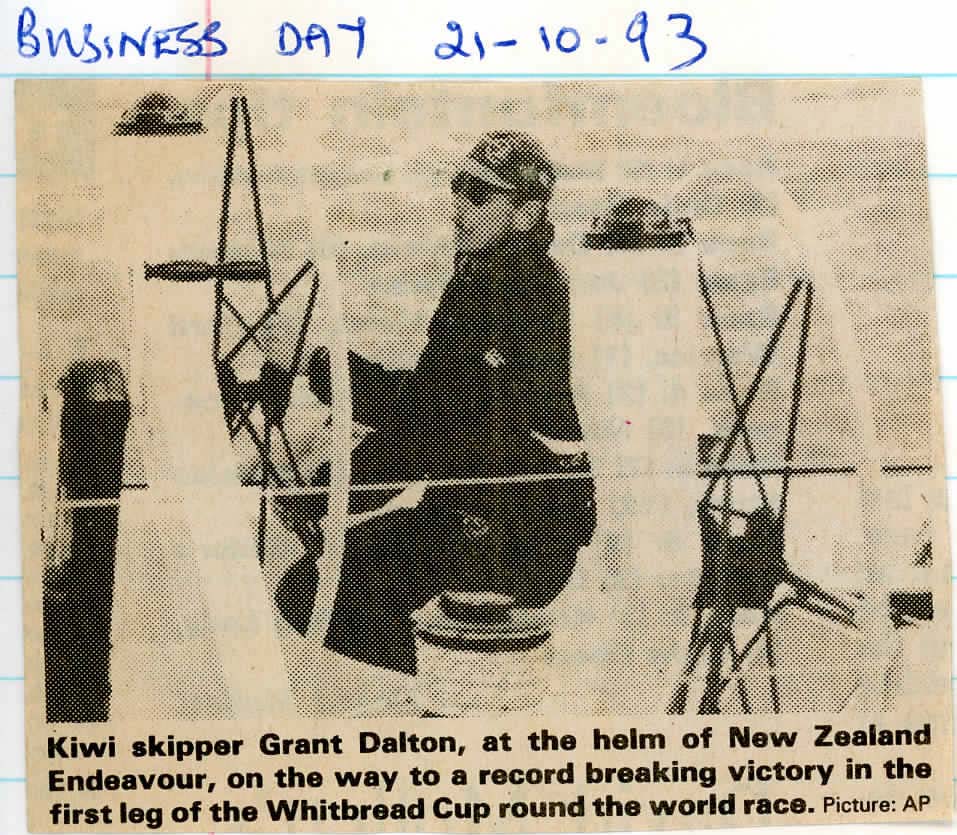 1993. ‘Meek’s Hopes Sunk’. South Africa’s match racing fortunes sunk at the Omega Gold Cup in Bermuda yesterday when Geoff Meek failed to make the cut for the finals in the last day of qualifying at the prestigious event sailed in Hamilton Bay. To read the full report, Click on the following LINK:  1993 10 20 195 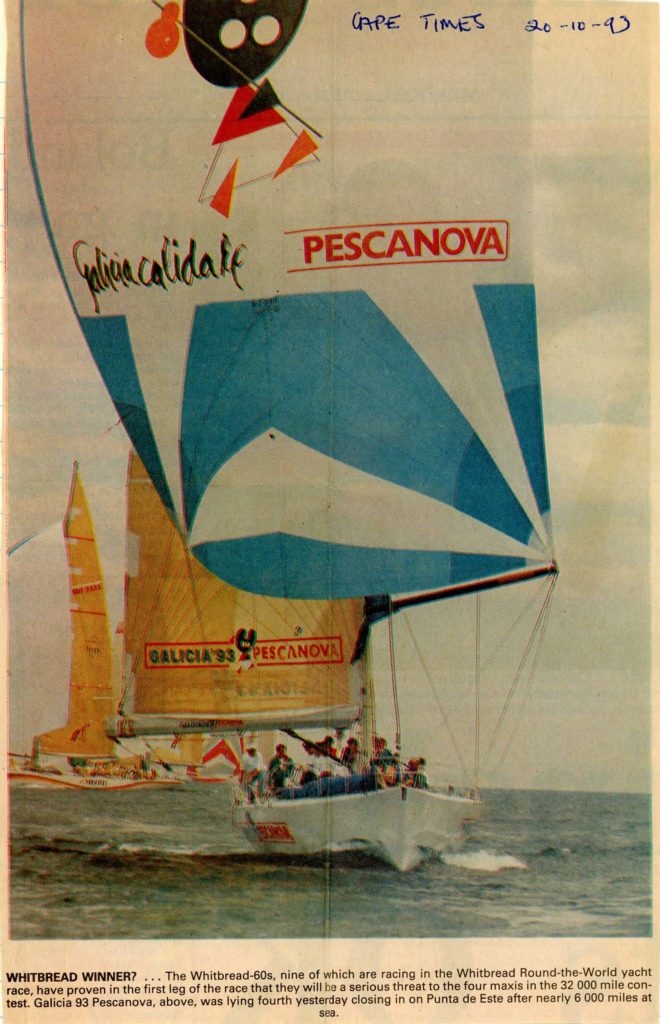