On This Day – 15 November. A Newspaper History of Sailing 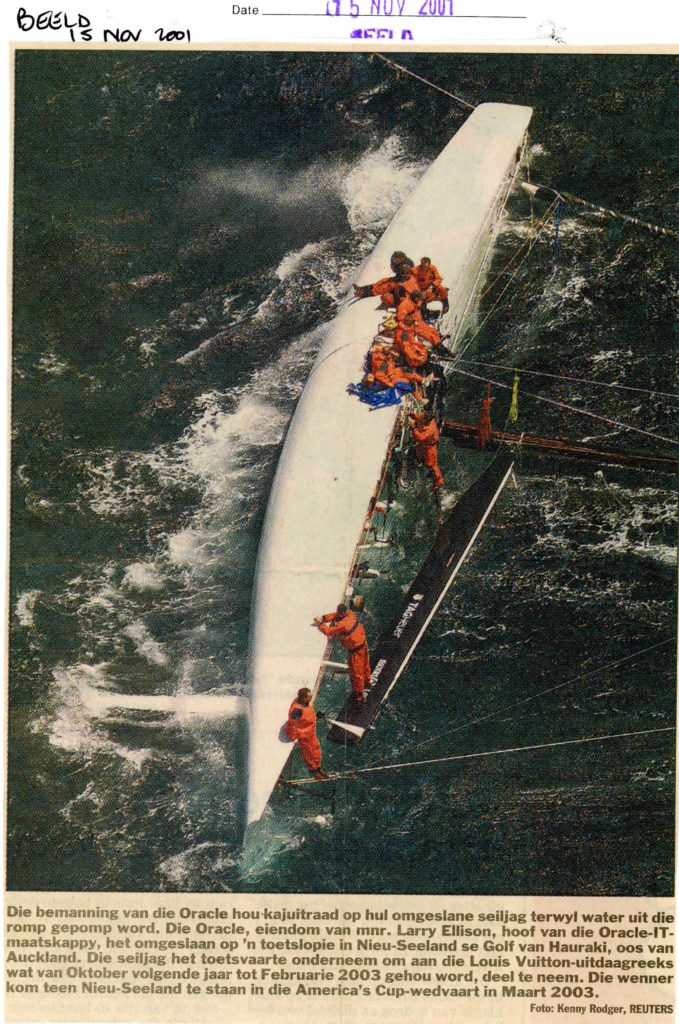 In 1986 the America’s Cup and all its shenanigans was constantly in the news, even in this country. New Zealand’s glass-fibre boat was taking the event by storm.

And in 1988 John Martin and ‘Voortrekker II’ led the BOC fleet out of Cape Town, while Ant Steward was about to cast off again.

Moving forward to 1993 ‘Thunderchild’ led the fleet out of Cape Town on the Mykonos race. See the pic.

And another casualty in the America’s Cup when ‘Oracle’ capsized. See the pic.

1986. “A Unique Chance for A Unique Boat”. New Zealand, the glass-fibre yacht taking Fremantle by storm, is well placed to become the first boat for 135 years to win the America’s Cup at its first attempt.
To read the full report, Click on the following LINK:  1986 11 15 572

1986. “Castaway Any Casts Off Again”.  It didn’t bother solo Round-the-world yachtsman Ant Steward that he was leaving on Friday the 13th to go back to the place where he nearly dies to re-start his epic voyage.
A cheerful and chubby Ant said: “No problem. I was born on Friday the 13th anyway…”
To read the full report, Click on the following LINK:  1992 11 15 434 13 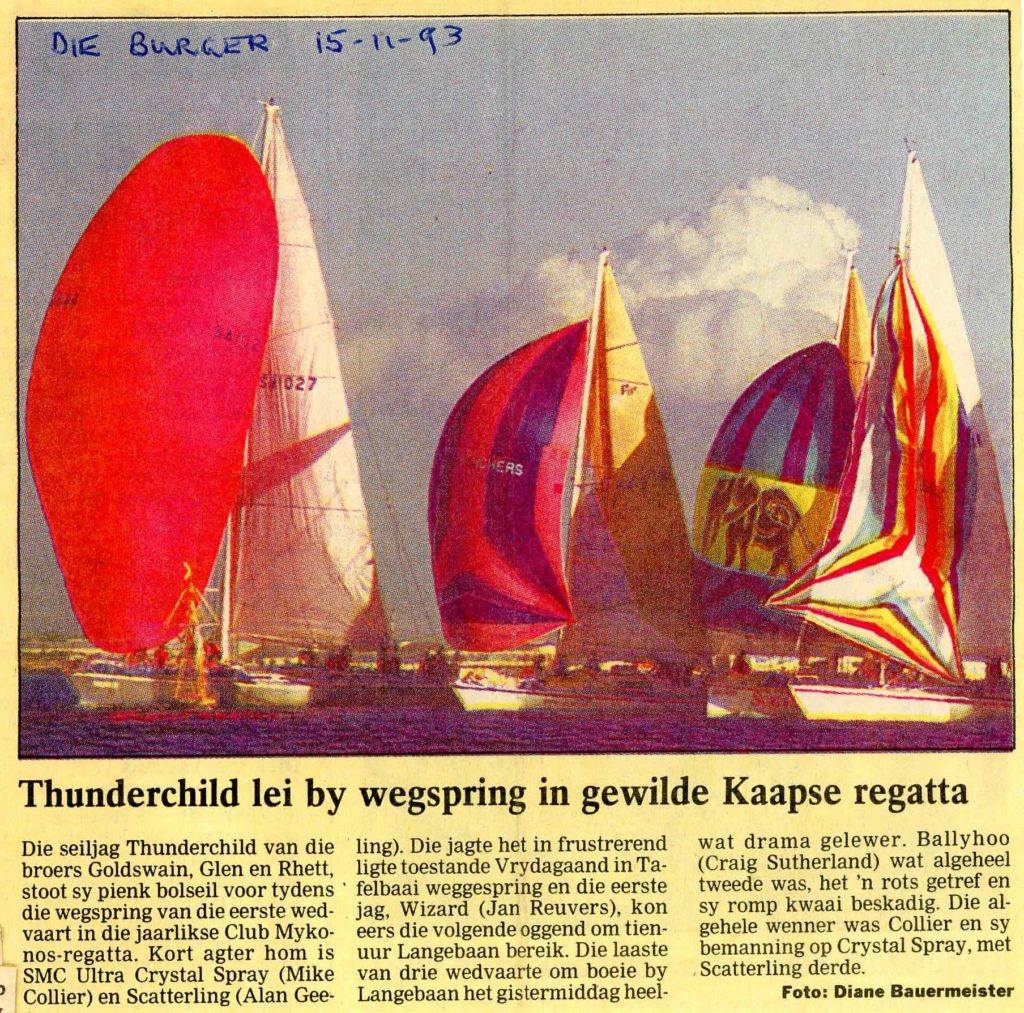