On This Day – 14 December. A Newspaper History of Sailing 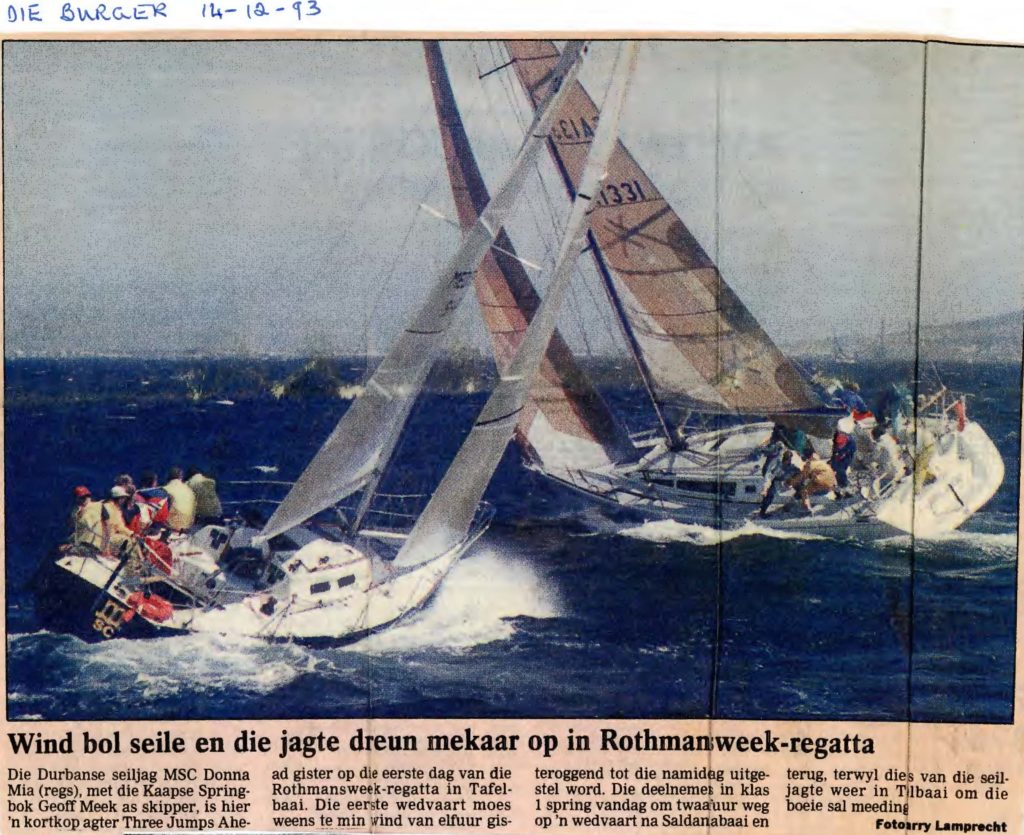 1986. “Stormy Seas Torture BOC Sailors”. Veteran Springbok yachtsman Bertie Reed – dogged by bad luck in the second leg of the BOC around-the-world-alone race – was forced to put into the Australian port of Albany yesterday suffering from diesel fuel poisoning.
To read the full report, Click on the following LINK:  1986 12 14 705

1991. “’David and Goliath’ Sail in Search of Glory”. South African yachting’s very own version of David and Goliath’s biblical legend takes to the water in the form of the Rothmans Week, starting from Table Bay today.
To read the full report, Click on the following LINK:  1991 12 14 414 26

1992. “Five Algoa Bay Yachts Competing in Rio Race”. Five yachts from Port Elizabeth will be competing for the first time in the 6 500km Cape-to-Rio yacht race, which starts next month.
To read the full report, Click on the following LINK:  1992 12 14 240_Redacted

1995. “Last Chance to Buy Captain Cook Charts”. Need to buy a Christmas present for an old sea-dog? The world’s last nautical chart still in use with the celebrated name of Captain James Cook inscribed on it could be the answer.
To read the full report, Click on the following LINK:  1995 12 14 873

1999. “Teenagers Tackle Cape-Rio”. They may not be old enough to drive, but that’s not stopping an intrepid crew from braving the high seas next month·as the youngest entry to sail the 3 600-nautical mile MTN Cape-to-Rio yacht race.
To read the full report, Click on the following LINK:  1999 12 14 868

2005. “Durban Clipper in the Lead”. With the finish of the second leg of the Clipper Round the World Yacht Race only a matter of days away, the Durban Clipper holds first position.
To read the full report, Click on the following LINK:  2005 12 14 465