On This Day – 13 November. A Newspaper History of Sailing 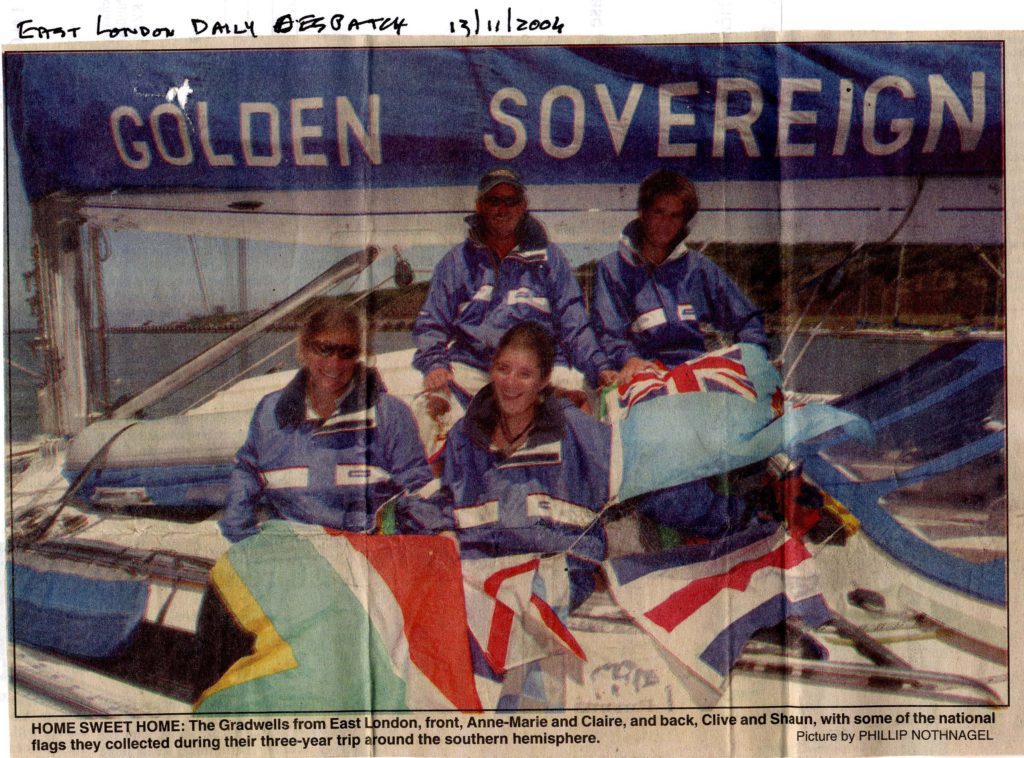 Bruce Dalling, ‘Voortrekker’ and the first Cape to Rio race continue to dominate the headlines – and all for good reason as these were exciting times. Thesen’s dockyard was reportedly working all weekend putting the finishing touches to ‘Voortrekker’. Another headline says “Designed For Speed”, another that ‘Sandefjord’ had entered the Cape to Rio race, while there were pics of ‘Jakaranda’ and ‘Applemist’ being unloaded from a ship.

The “Tavern of the Seas” lived up to it’s name when the Mayor of Cape Town made each of the 19 skippers in the BOC Challenge honorary citizens. What a great gesture.

An East London family returned home from a three years circumnavigation – with a handsome collection of flags. 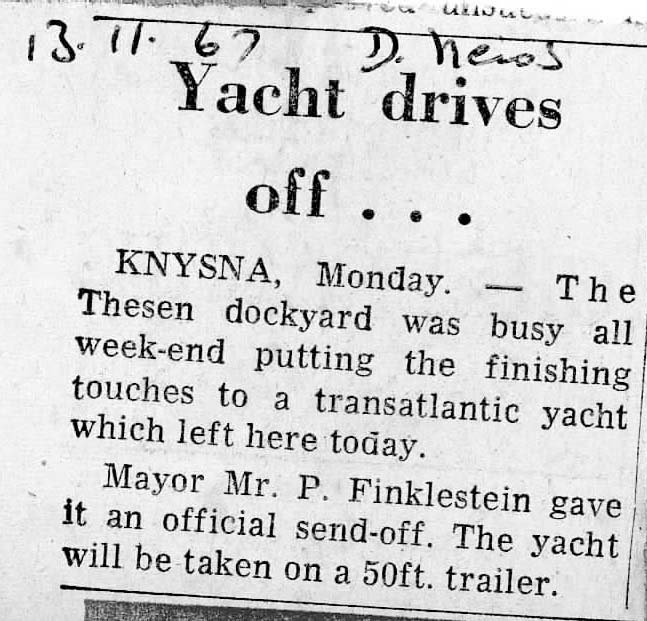 The Clipper Race was about to leave Durban with Craig Millar at the helm of ‘Durban Clipper’, and Avanti Thaker and Lucia Shange both being part of the Clipper family and experience.

1970. “Designed for Speed”. Many boats in the Cape-to-Rio race represent the last word in the yacht designer’s skill. Built from the latest lightweight materials, they have been designed for sheer speed on the high seas – designed to capture every available ounce of windpower.
To read the full report, Click on the following LINK:  1970 11 13 315_Redacted

1970. “Sandefjord Entered for Rio Race”. South Africa’s famous world cruising yacht Sandefjord has been entered for the Cape to Rio ocean race – pushing up the total list of entries to 63.
To read the full report, Click on the following LINK:  1970 11 13 308

1970. “Ocean Racers of South Africa”. Some of the fastest ocean racing yachts in the world will be among the 62 entries for the Cape to Rio race which starts on January 16. See pics of two new yachts.
To read the full report, Click on the following LINK:  1970 11 13 312

1986. “BOC Sailors Made Honorary Citizens”. Cape Town has paid tribute to the competitors who completed the first leg of the BOC Challenge round-the-world race. The Mayor, Mr Leon Markovitz, made each of the 19 an honorary citizen.
To read the full report, Click on the following LINK:  1986 11 13 567_Redacted

2004. “EL’s Sailing Family Returns Home”. Three years after leaving this city’s shores to circumnavigate the globe the Gradwell family are back in town.
To read the full report, Click on the following LINK:  2004 11 13 555

2005. “The Winner is Still in the Wind”. While few sailors relish tricky conditions at sea, this is exactly what Craig Millar, skipper of the ‘Durban Clipper’, is hoping for.
Plus there are sidebar pieces on Avanti Thaker and Lucia Shange.
To read the full report, Click on the following LINK:  2005 11 13 602