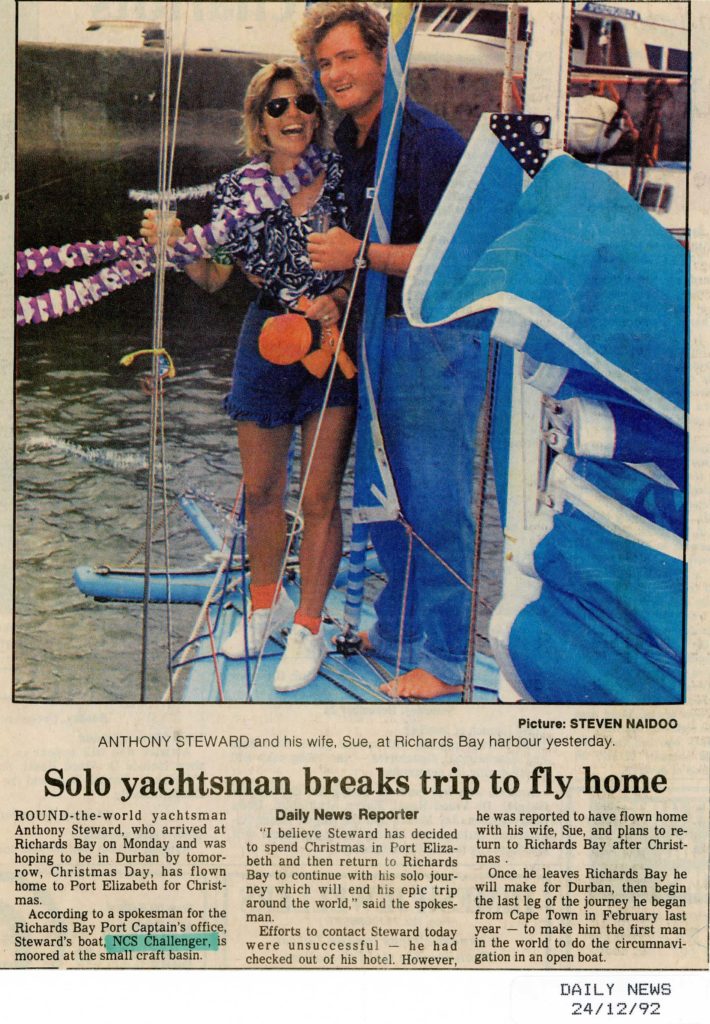 Apologies for the break, but the dreaded lurgy, rather than “Big Red” visited us during the festive season. So a healthy, happy and prosperous closing of 2019, and a good ‘n for 2020.

1970. “What A Lovely Lot of Land-lubbers!”. Landlubbers are a lovely ·lot, they really are. One of the things that has staggered me most about the Cape to·Rio race is the way in which people .who have never·had anything to do with yachts or the sea have come forward with offers of help for the entrants.
To read the full report, Click on the following LINK:  1970 12 24 828_Redacted

1970. “World Star Arrives for the Rio Race”. Eric Tabarly, rated, as one of the most outstanding small-boat sailors in the world today, arrived in Cape from the South Pacific yesterday afternoon.
To read the full report, Click on the following LINK:  1970 12 25 844_Redacted 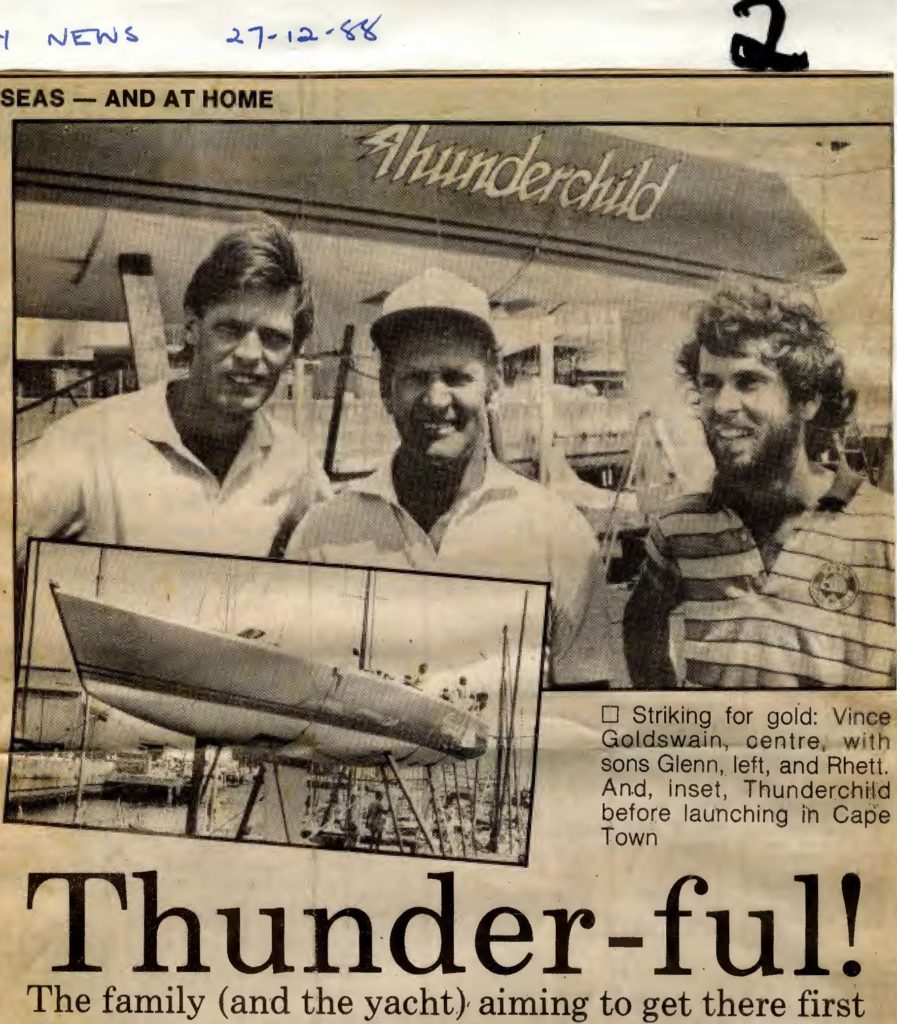 1988. “Record Goes in High Seas”. Pre-race favourite Windward Passage II was ahead of target to break the record for the Sydney-to-Hobart yacht race after fours hours spent battling heavy seas yesterday.
To read the full report, Click on the following LINK:  1988 12 27 684

1992. “Off-shore Protests Sour ‘A Fine Sailing Regatta’”. Rothmans Week is arguably the country’s premier keelboat regatta and that’s where all the action was just before Christmas. Regrettably though, the action was not all on the water where it should have been, but also in the protest room.
To read the full report, Click on the following LINK:  1994 12 26 983

1994. “SA Sailor Fifth in Race”. With a broken mast as testimony to fierce December storms, South African sailor JJ Provoyeur sailed into Sydney harbour on Christmas Day to finish the second leg of the BOC Round the World Challenge.
To read the full report, Click on the following LINK:  1994 12 27 978

1996. “Safety Or Hi-tech Yachts is Questioned”. The Sydney-to-Hobart yacht race, which starts on Thursday, is regarded as one of the toughest ocean races in the world. But some sailors question whether the latest hi-tech yachts are safe enough for its treacherous conditions.
To read the full report, Click on the following LINK:  1996 12 24 248