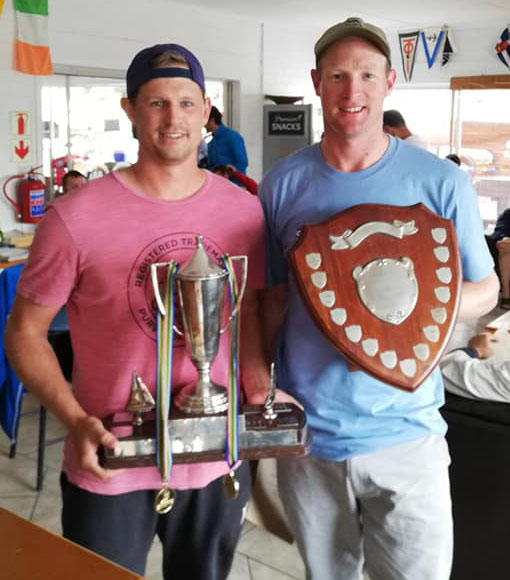 Progli and Hutton-Squire won the recent 505 Nationals in Saldanha Bay, winning 3 of the 6 races and not being lower than 4th (their first race) – a great result against some well-seasoned and highly experienced and competent 505 sailors.

A report on the event said it was going to be “one of the toughest events on the calendar in 2019″ – and that was not puffery, especially when one looked at the competitor list.

Progli and Hutton-Squire did not start off particularly well as they scored a 4th in the opening race, but bounced strait back to win the next, and finished 3rd overall after 3 races on the first day. They managed their racing well and had a good strategy, winning two further races to clinch the national title.

Being up against the likes of the Funke’s and Ham’s is never easy, but good boatspeed and superior tactics are always difficult to beat, no matter how good you are.

These are two worthy winners of this title.