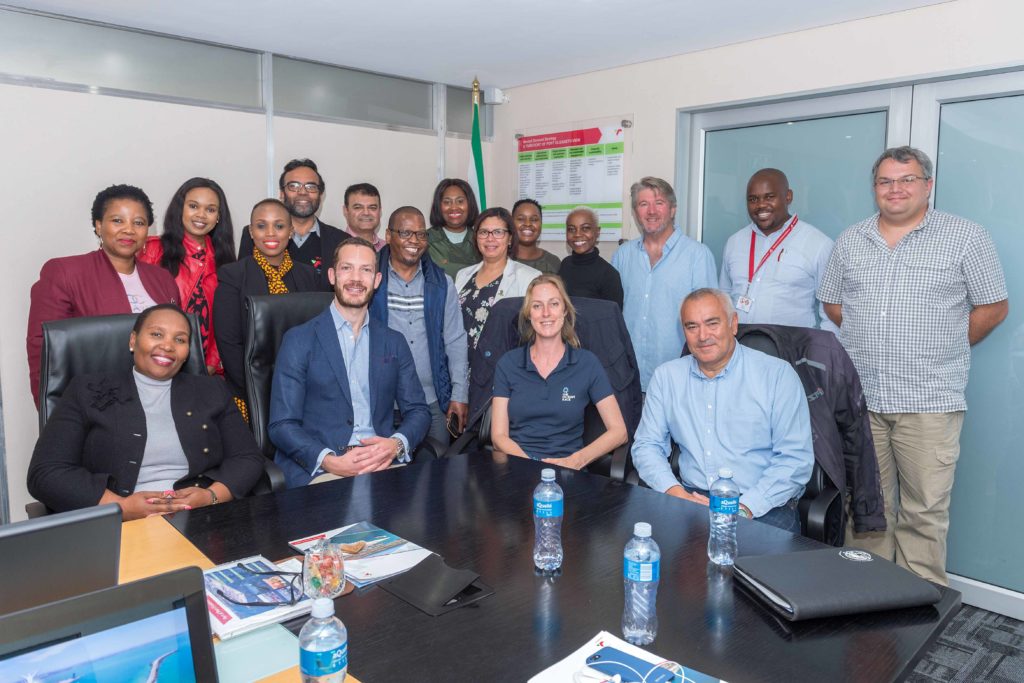 Last week the Transnet National Ports Authority (TNPA) and the Nelson Mandela Bay Municipality (NMBM) hosted the Technical Task Team of the 2021-22 Ocean Race. The Bay is one of two cities that have been shortlisted in South Africa, in the bid to host the African leg of one of the international stop-overs of the prestigious yacht race, scheduled to take place late in 2021.

The Ocean Race is the ultimate team test in professional sport. It is the toughest all-round race to win in sailing, with its combination of gruelling offshore ocean legs and in-port racing. It is a test of the skill and endurance of the world’s best professional sailors, men and women, competing in a race around the planet lasting up to nine months. The event has rich heritage – since 1973 over 13 editions have been held, with the 2021-22 edition building on that tradition of innovation and growth.

Noxolo Nqwazi (Acting City Manager) said, “It gives us great pride that the Nelson Mandela Bay has been shortlisted as a host city for this prestigious global event. If we are given the opportunity to welcome visitors from around the globe into our beautiful city, we will ensure that the benefits that will arise from this event also benefit the people of Nelson Mandela Bay. Our key stakeholders have ensured that we were able to sell the Bay successfully to the task team. We are confident that we will receive a positive outcome. Like all other prestigious sporting events we have successfully hosted, we are definitely ready to host the Ocean Race too.”

Captain Faisal Sultan, Senior Operations Manager at the Port of PE said, “The Port of PE boasts great facilities and has the ability to host a race of this magnitude on a global scale. We are mostly excited about the spin-offs that an event like this can bring to the economy of the Bay though job creation, skills development and legacy projects. This event will further allow the port to migrate into a Smart People’s Port, achieving the ability to be a catalyst for economic growth, inner city rejuvenation and sustainable development.”

The host cities of the Ocean Race do more than just provide a backdrop to one of the world’s most prestigious sporting events. They are also an integral part of the competition itself, staging the start and finish of each leg, hosting in-port racing that scores points and providing crews with the facilities that they need to repair both men and machines.

Announcement of the successful host city will be made by the Sports Consultancy (Pty) Ltd before the end of July 2019.