Nations Cup Day 1. All Bullets for Breault, Courtois and Mesnil 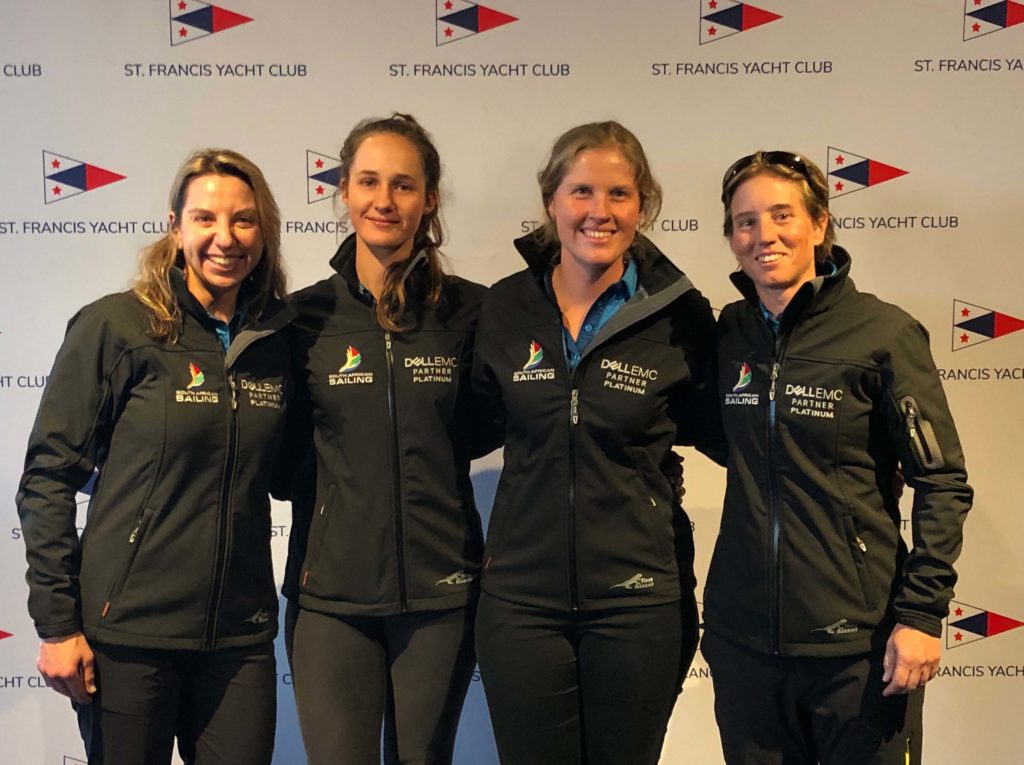 Match Racing is tough for the very simple reason the it’s close, it’s intense and it’s unforgiving with literally a second or two separating the two teams at the finish of their duel. Ask Bruce Savage and his South African team who won a semi-final decider by just 2 seconds – and that was sufficient to take them to the final and ultimately win the Nations Cup in 1995.

Yesterday, Day 1 of this event was not kind to the South Africans as Dominique Provoyeur and her crew could manage just a single victory in 3 races, while Dave Rae and his team had just one victory after 5 races.

With those results it’s going to be difficult for both teams to claw their way back. Their saving grace may be the fact as we rarely have Match Racing in this country, the races they have sailed have knocked the rough edges off and will see them perform better. We’ll just have to wait and see after Day 2. 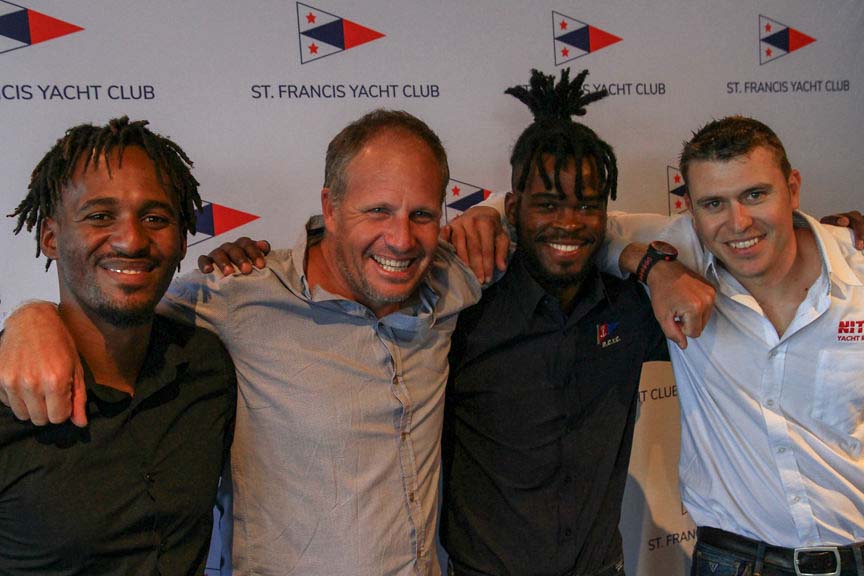 Competition commenced with 10 women’s division teams from around the world facing off in round robin format on two east-west race courses. Ripples of current snaking across the courses made for challenging conditions for first-timers to San Francisco Bay sailing. “It was really difficult with the current, but my team did a really good job,” said Courtois, of her Match in Pink Normandy Elite Team of Maelenn Lemaitre, Loise Acker and Sophie Faguet. “We had really good, close matches in difficult conditions. There were no surprises, but it is important to keep focussed and watch the water and the current.”

Anna Östling (SWE) currently in third place with three wins echoed the sentiment to stay focussed: “Our first race with [Juliana] Senfft (BRA) we had a penalty at the start and were able to wipe it and give her one right at the finish line. It was one of those races where you think, think, think and finally get the win.”

“It was a really fun start to the event,” she added. “This is the kind of sailing we love.”

Defending Women’s Champion, and Bay local, Nicole Breault, raved about the caliber and tightness of competition. “You have to capitalize on their mistakes, because they’re capitalizing on yours.”

Asked if she had any unforgettable moments on the racecourse today, she called up her match against fellow USA skipper, Allie Blecher.

“We were trailing around the leeward mark, but really close. We rolled into a tack, got our bow forward and I realized we’d rolled over our spinnaker sheets.” With the drag of the sheets slowing them down during the short second beat, Breault’s bow Hannah Burroughs was all over the deck recovering and retying them. “We rounded, tucked to the inside, got control of them, and had the most perfect spinnaker set. We ended up passing them and winning the race.”

The morning’s light northerly winds eventually clocked to the west and built to the high teens delivering more robust afternoon conditions for the nine Open Division teams. The tail end of a strong flood tide pushed competitors close to shore seeking relief and moments of lift in reversing ebb. This made for fantastic viewing from StFYC’s clubhouse of a series of dial-downs between David Rae (RSA) and Henrique Haddad (BRA) in a match ultimately won by Haddad. By day’s end, the ebb had shortened the average match times from 16 minutes to 11, noted World Sailing’s Technical Director and PRO David Campbell-James.

“We had a very nice day,” said Maxime Mesnil (FRA), sailing with Match In Black Normandy Elite Team members Hugo Feydit, Yann Chateau and Yves-Marie Pilon. “Last week we were at Congressional Cup and today we had more wins than all of last week. It was a very good start to the event.” A neck-and-neck match against Pearson Potts (USA) had spectators out of their seats as the two boats rounded the windward mark, raised their chutes for the downwind with Mesnil quickly luffing Potts to the north, their hulls careening wildly in the building seas. “I thought I had a penalty,” Mesnil explained, “So I was trying to penalize him, but my team said no, we are fine.” Eventually bearing off, Mesnil sent it for the finish line and squeaked out the win.

Tomorrow, he’ll be up against Haddad, who also had a strong day, and Ettore Botticini (ITA) who’s hoping for more wins than he scored during his first day sailing in San Francisco. “Today was hard. We lost, not the most important matches, but the ones we wanted to win,” he said. “We improved a lot through the day, but tomorrow we need to do better.”