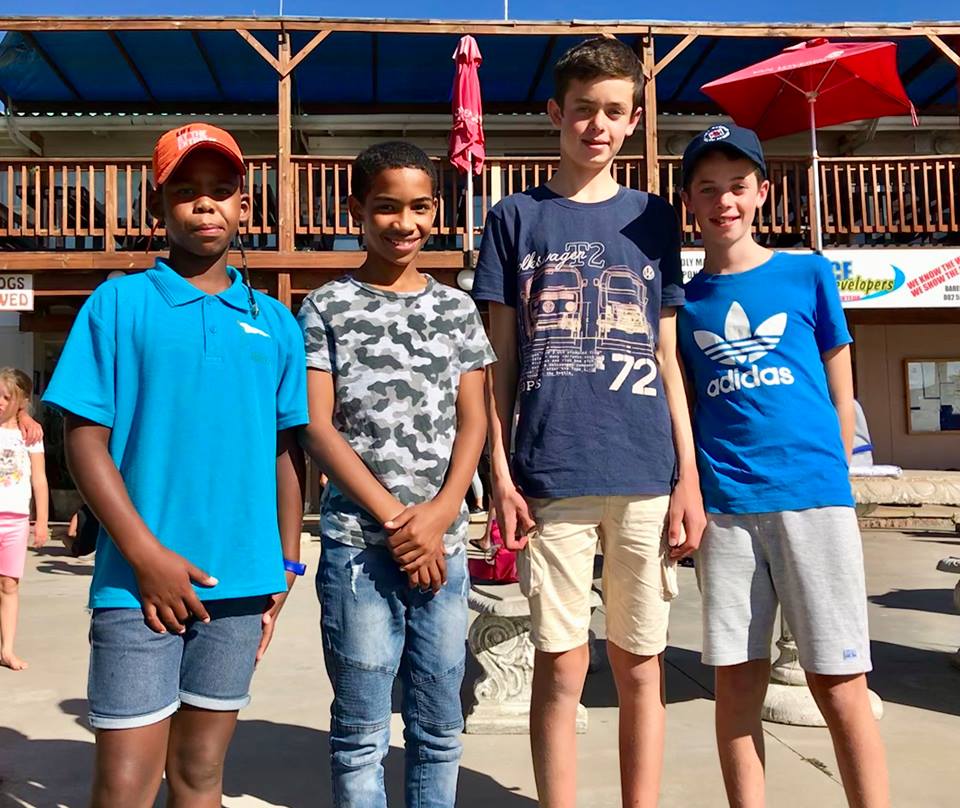 The Optimists of GLYC were the winners of the Inter Club competition for the `Over 1200′ fleet -Thomas Lawa, Kyle Koeries, James Vonk, Sean Vonk. Absent – Conrad Holm.
pic by by Mike Vonk

Mossel Bay Yacht & Boat Club hosted its annual Inter Club Regatta at the end of February. This year, the event also incorporated the Western Cape Championships for the Tera Class. 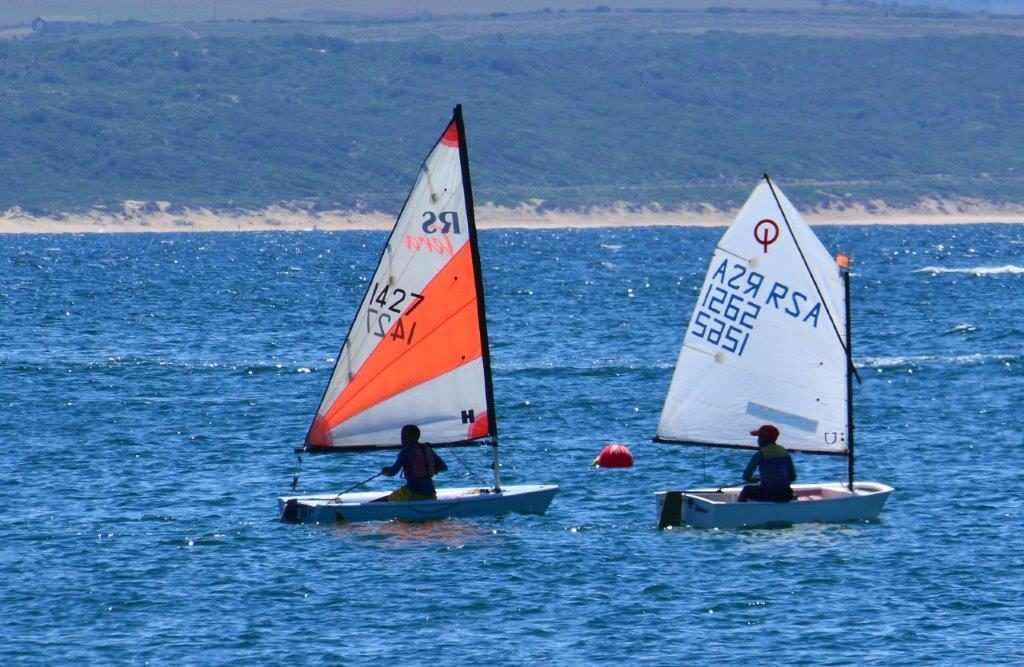 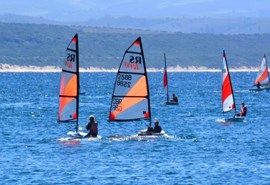 PE’s Cameron Hills on a Tera Pro, sailing amongst some Tera Sports
pic by by Tersia Marais, Mossel Bay Advertiser

One race was completed on Saturday, in a strong South Wester, gusts coming from over the hill behind the town. The fleet was then called ashore, waiting for the wind to abate. It appeared to do so later and a second race was started, but then it quickly built up to over 30 knots and it had to be abandoned. Sunday had a light south easterly, building up as the day progressed. Four races were completed before the cut off time.

In the ‘Rating over 1200’ fleet, consistently ahead in all but the last race was the Tera Pro of James Vonk, with Cameron Hills winning the last race. Rhys Whitfield was the first Tera Sport in all the races, keeping ahead of James Matchette and Ashley Layland. Close behind the Tera Sports was the Optimist of Sean Vonk. This gave him the overall win in this fleet, ahead of James Vonk and Cameron Hills. An Optimist, sailed by Conrad Holm, took 4th place. The first Tera Sport (Whitfield) was in 6th place. Georgou Divaris was the winner of the senior fleet at the Mossle Bay Inter Club Regatta.
pic by by Tersia Marais, Mossel Bay Advertiser

In the fleet `Rating Under 1200’ Jordan van Zyl finished race 1 just ahead of veteran sailor Charlie Hills (on Laser Radial), with Charlie being race winner. Georgou Divaris won all 4 races on Sunday, to be the convincing overall winner of this fleet. Behind, things were tight between van Zyl, James Hellstrom, Hills and Robyn Hellstrom. The final score gave a tie to van Zyl and James Hellstrom, with the tie break giving 2nd overall to Hellstrom and van Zyl taking 3rd place.

The Catamaran fleet was won by the Mosquito of Pieter de Villiers and Daleen Naude, ahead of the Dart 18 of Paul den Boer.

For the Rating fleets, scored on the top 5 boats per club, George Lakes Yacht Club were the Inter Club winners of both fleets.