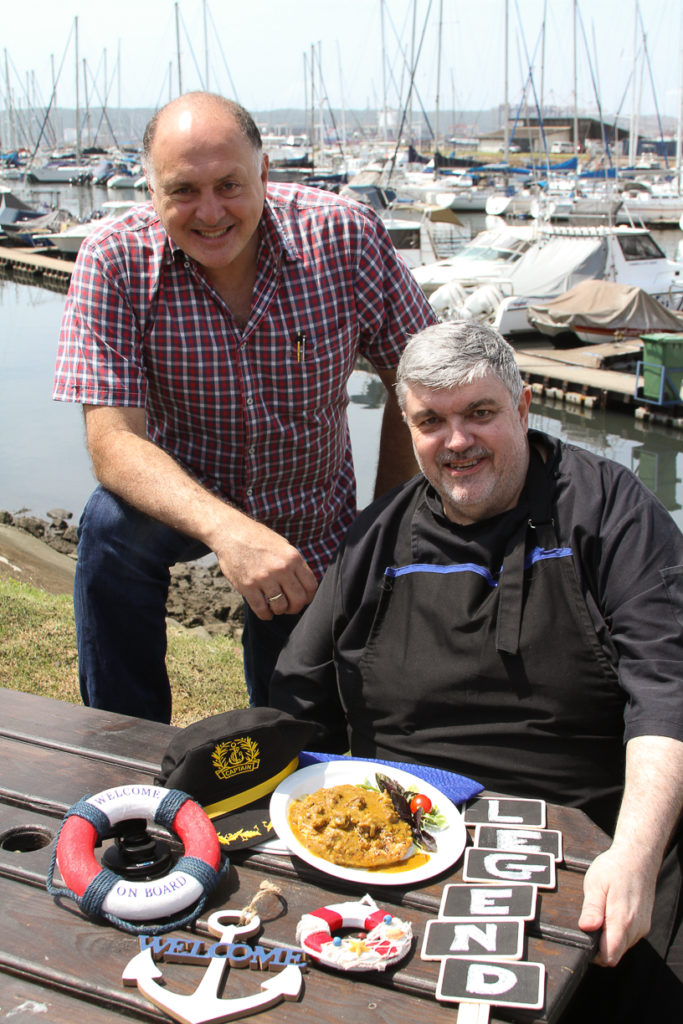 Pictured celebrating World Pie Day (23 January) at the Point Yacht Club are caterers Nick Papadopoulos and Eric Edwards. The culinary wizards will be taking over the running of The Anchorage restaurant at the yacht club from the first of February and one of the items that they will be including is the famous PYC Pie.
Pic by Sophie Thompson

Who would have ever guessed that today (23 January) is ‘world pie day’?

It’s inconsequential unless of course you still drool over and dream about those famous PYC pies of yesteryear. Yes they were good, damn good in fact – and they have legendary status all over the world as wave after wave of yachtie kept scoffing them as fast as they could be made.

But somewhere along the line the maker of the famous PYC went missing, and thousands of yachties were left wondering whether the recipe would ever be found again.

The famous PYC pie was a regular discussion item at PYC AGMs where I remember one convert insisting that the recipe be cast in concrete to preserve it. Those were the days. 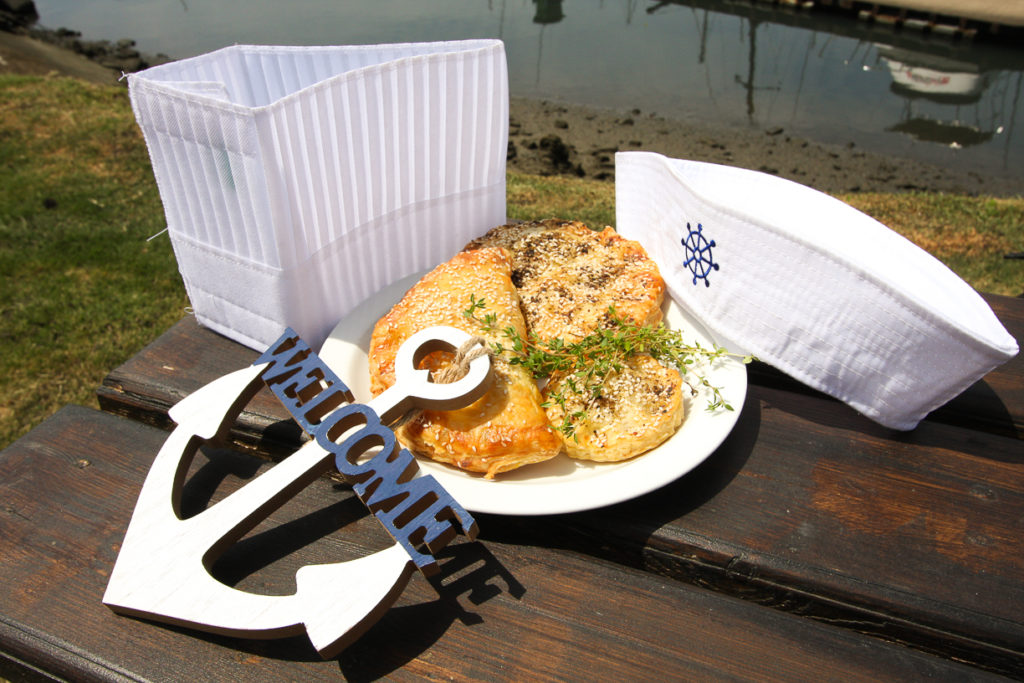 I have now been informed that the ‘Return of the Pie’ is imminent, and that all will be revealed on Friday 2 February at the PYC.

The official news from the Club is that the ‘legend’ is back at the Point Yacht Club and that the infamous PYC Pie is making a filling return after fading off the menu some years ago.

Incoming caterer, Nick Papadopoulos from Eat Greek Caterers was tasked to recreate the renowned pie that used to have yachties queuing for back in the day. The first sampling of the PYC pie will be at the New Members evening on Friday 2 February in Charlie’s.

Papadopoulos who is taking over The Anchorage Coffee Shop from 1 February, said, “This is an absolutely fantastic venue and we are really looking forward to contributing towards getting more people to enjoy its facilities!”

Chatting about the legend, he stated, “There isn’t any secret ingredient, its just a humble homemade pie full of meat, with a great flaky pastry and curry sauce.”

Asked if there was going to be a veggie option, he shared, “We definitely will have a vegetarian option. Probably our spinach and feta pie with the same flaky pastry.”

Continuing with what the ravenous sailors and visiting patrons can expect on the menu, Papadopoulos enthused, “To start with, we want to keep it simple with the usual suspects. Steak, egg and chips, fish and chips, burgers, sandwiches or salads. And of course, the PYC Pie. We will also have daily specials, as well as a curry of the week.

“Not forgetting the most important meal of the day, we will have a health breakfast, omelettes, or a breakfast pita available. For those with a sweet tooth, we will offer cakes of the day too!”

Rear Commodore of Dinghies for the Point Yacht Club, Myles White stated, “One of the most reminisced memories from anyone who has spent time down at the Durban marina, is the memory of the PYC Pie. I recall before dinghy sailing on Saturday, the first challenge was to be within the first 30 people queuing for their pie and chips, while the second was finding a space at a table – the dining room was packed full of people, and whilst curries and roasts were always available, the PYC Pie and Chips accounted for 70% of the meals consumed.”

Greg de Beyer, Commodore for the Point Yacht Club said, “Eric, our former pie maker had a magic recipe, a recipe that is a challenge to replicate. As part of the audition process, Nick was asked if he could bring the PYC pie back to life. When he came to meet us, he brought along a sample and let’s just say we are delighted to have Nick and his pie on board and can’t wait to see what else he cooks up.”

I will personally reserve judgement until I have tasted one – but if the hype surrounding this legendary pie is anything to go by, it had better be good – DAMN good or I can foresee a few folk walking the plank!