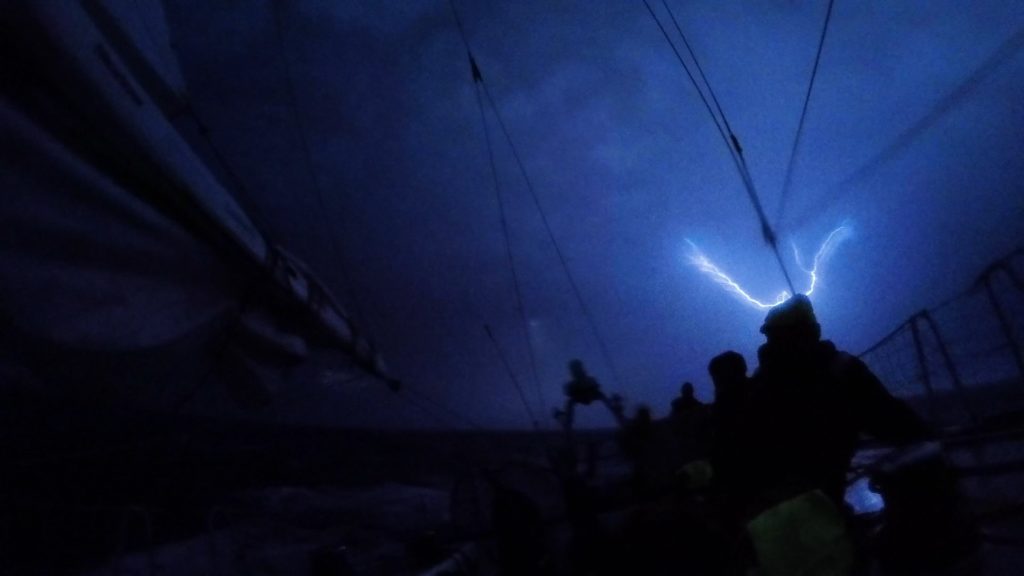 After a hard fought and challenging 5,200 nautical miles across the Atlantic, the Clipper Race fleet faced one more hurdle in the last 48 hours as they started to get closer to Punta del Este, Uruguay.

The notorious Pampero wind is a meteorological phenomenon commonly found around the lowlands of Brazil, Argentina and Uruguay. This burst of cold polar air can be violent and picks up very quickly. The Clipper Race fleet experienced this natural force as they raced down the coast.

Strange cigar shaped cloud formations, known as roll clouds, appeared ominously and the crews set to work quickly reducing sail and preparing for the inevitable. In the case of the Punta del Este team, the winds hit hard and gusts of up to nearly 80 knots were felt on deck.

A Code 2 Spinnaker is certainly not designed for anything like those conditions and as the crew battled furiously to take it down, nature did its thing and decided it would come down, but in many more pieces than it went up in.

The crew’s experience and skill meant that up against the elements, they dealt with the situation extremely well and were back racing along very quickly to an outstanding and warm Latin American welcome as they arrived at the Yacht Club Punta del Este.