It came as quite a shock to read that SAMSA believes South Africa’s state of readiness for maritime emergencies is under severe threat. Maybe my choice of the words “under sever threat” is harsh, but maritime emergency services are something we all think are under control and well catered for, until we hear otherwise, and expecting nothing less.

That’s where we are at right now – hearing that they are not prepared.

From a yachtie perspective, rescues along our coast are fortunately few and far between, and for this we can thank the Safety at Sea and Sailtraining initiatives that are offered by SAS and others in this country. Whatever your view on these, our small craft safety standards are pretty good as these have been in place in this country since the early 1980s.

On occasions though the NSRI cannot manage some emergencies, and that’s when SAMSA should step up to the plate – or so we thought.

My advice to all yachties and small boat owners and skippers is to embrace the Safety at Sea and Sailtraining initiatives, but more importantly to get as much mileage in as many different conditions as possible BEFORE embarking on a coastal or ocean passage. There is no better preparation than experience in all conditions.

A pay-off line I like to use is simply this: You are not a survivor until rescued.

So be prepared to be self sufficient and not have to rely on emergency services when going to sea as you may well end up being disappointed, or worse!

Below is a news release from SAMSA in this regard.

South Africa’s state of readiness for maritime emergencies along its expanse of oceans at the southern tip of Africa remains porous at the very least, and finding viable solutions to the massive challenge lies with consultation and ongoing collaboration among stakeholders, the South African Maritime Safety Authority (SAMSA) has said.

Addressing about 80 delegates from the private and public sectors at a two-day maritime risks workshop in Durban, SAMSA board member and chairperson of the agency’s Maritime Industry Committee, Ms Sekabiso Molemane described the country’s maritime risks as high and the state of readiness for emergencies as low. 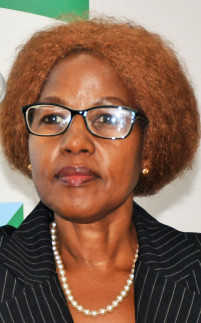 She attributed the situation to both increasing global utilization of the oceans and waterways in and around the country, and the collapse of structures previously in place to safeguard the maritime and marine environments.

The risks involved ranged from pollution and environmental degradation, vessel traffic accidents involving both property and people’s lives, to improper use of the country’s waters by rogue elements in world trade. Alongside these, was the country’s poor state of readiness to respond properly and on time, with the requisite personnel, tools and equipment.

“Over time,” she said: “the mandate or main focus of most of the entities that formed the core of South Africa Maritime Emergency Cooperative Response got reviewed and in most cases, the review led to the erosion of the respective maritime elements.

“The cumulative result of these reviews is a substantially eroded marine emergency response capability.”

Examples of the situation included the diminished role of the South African Air Force in carrying out aerial functions as well as the reduction of Telkom Maritime Communications to Telkom Radio which has lead, she said, to inadequate and obsolete communications infrastructure. In addition, the Department of Environmental Affairs’ Pollution Combatting Function had inadequate and outdated pollution equipment.

“Thus with the passage of time, the capability that the Department of Transport requires in order to respond to maritime emergencies has been largely diminished, in most cases both in terms of skills capacity, the equipment as well as institutional memory. This demise is largely driven by budgetary constraints within those institutions,” said Ms Molemane.

The purposes of the SAMSA organized workshop, she said, was for maritime risk stakeholders to take stock of what remains of the architecture for marine emergency response, reassess what the requirements are to resuscitate and sustain a world standard state of readiness, taking into account the funding and capacity that would be required to achieve the goal.

Meanwhile, speaking at the end of the first day of the workshop on Wednesday, SAMSA acting CEO, Mr Sobantu Tilayi expressed satisfaction with progress achieved during the day, and wherein a number of crucial issues were identified for correction, inclusive of legislation that was suffering neglect due to lack of adequate attention.

Crucially, Mr Tilayi said, the important point of the exercise was to ensure that South Africans were aware of the situation and secondly, that necessary steps were being taken to address it.

“It helps little to hide challenges of this nature and which are in the public’s interest when what would be useful is to share the knowledge and with that, trust stakeholders to partner with you in finding solutions. That is what this two day gathering is about,” he said.

For Mr Tilayi’s full remarks at end of day one of the workshop, watch the YouTube video HERE