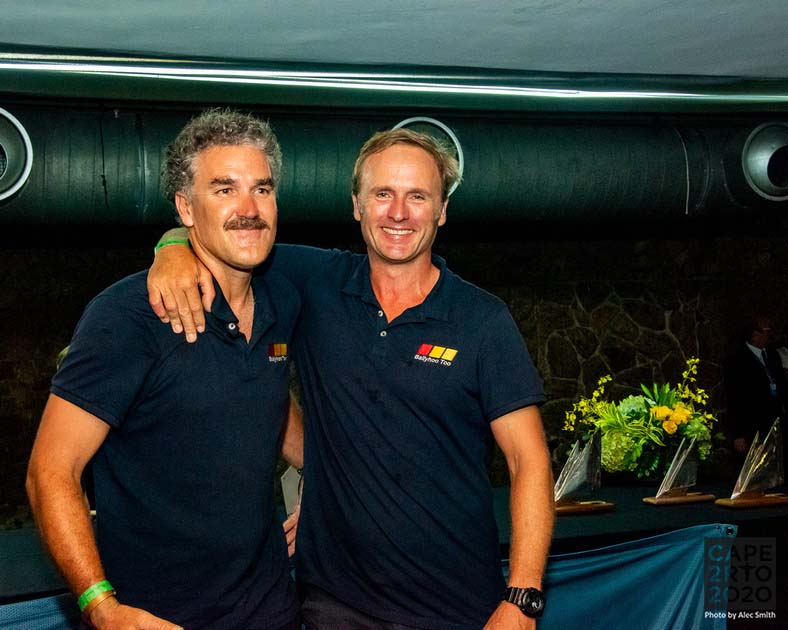 ‘Ballyhoo Too’ sailed an incredibly good Cape to Rio race, yet her performance was very much under the radar, despite it being one of the best performances in the fleet.

Rijk Kuttel & Chris Garratt sailed their old Mumm 36 two-up in the racing fleet, and day after day they just reeled off really good mileages, then took on the storm in the closing stages in their stride, and finished second overall in an elapsed time of 19 days 17 hours. On corrected time they were just 6 hours behind the overall winner, Mussulo 40 – the only other boat sailed two-up.

They elected to start in the second start, despite knowing that they were the smallest and possibly slowest boat in that fleet, and that they would need to sail an incredible race to finish within the time limit. They did far more than this.

Despite adversity, there were reports of broken ribs from a fall, as well as an infection suffered from a cut, the pair gritted their teeth and pushed through to take a well deserved second place overall and earn themselves the “Sailors of the Month” title. Well done. 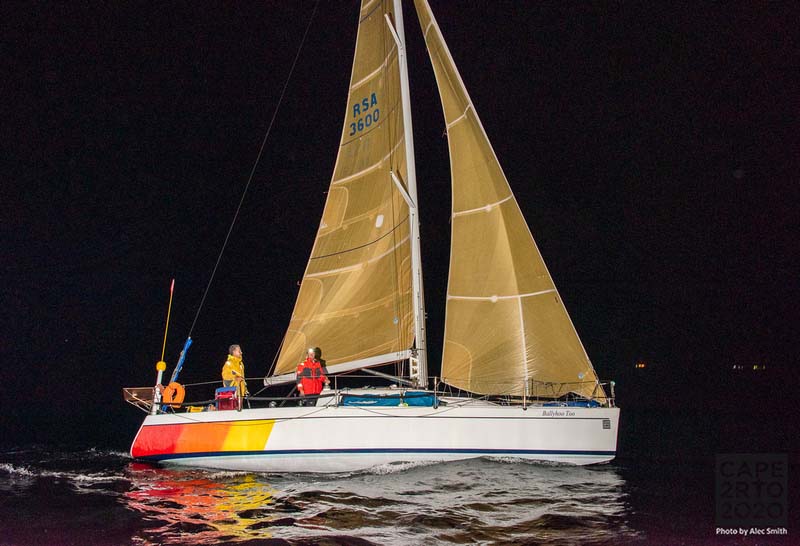