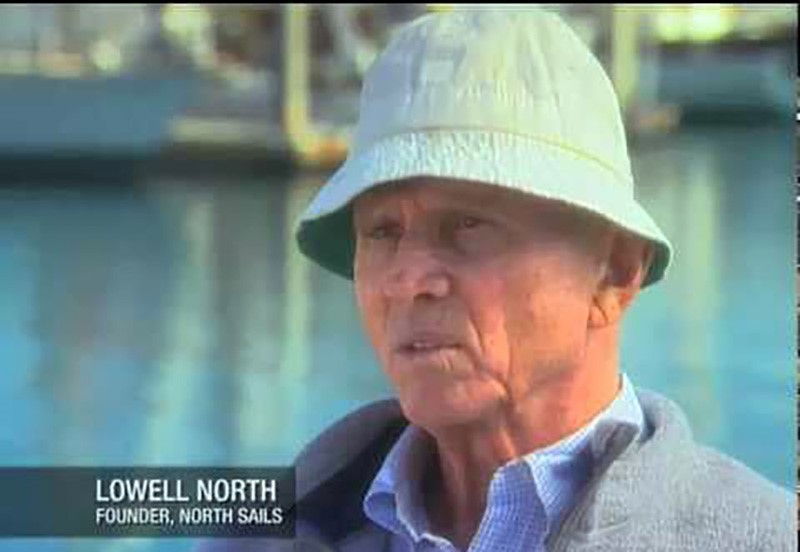 A sailing icon has died. Lowell North, founder of North Sails, passed away peacefully on Sunday night and will be remembered as one of the greatest sailors ever, not only because of the company that bears his name, but also in his own right collecting victories out on the water.

Lowell was an incredibly talented and accomplished sailor. In 1945, at the age of 16, he won the Star World Championship when he crewed for his friend Malin Burnham. Lowell had made the sails for the boat and it was clear even at his young age that he had a sailmakers eye. Lowell went on to dominate the Star class and over the following 24 years garnered an additional four gold medals, five silver medals and two bronze medals. He also won a bronze medal in the Dragon class at the Olympic Games in Tokyo in 1964 and a gold medal in the Star class at the Olympic Games in Mexico City in 1968. And that’s not all. In the 1977 America’s Cup defender series he skippered the 12-metre yacht Enterprise. All of these accomplishments earned him the nickname, The Pope. 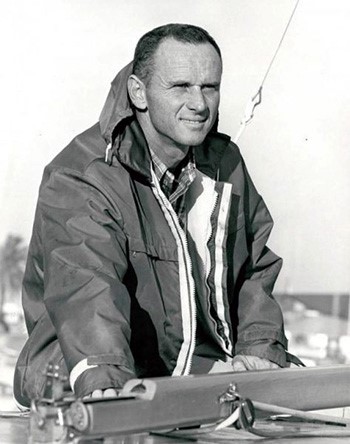 North Sails is the dominant sailmaking company in the world and it got that way because of Lowell’s dedication to excellence. He started the company in San Diego in 1957 and it now operates in 29 countries with sales well in excess of $150 million annually. Lowell was an engineer and he brought his engineering expertise to sailmaking which at the time was considered more of an art than science. He applied a rigorous, methodical approach to designing sails with the goal of building sails that were faster than his competition, and it worked. For a while North Sails were competing with Hood Sails for dominance but it soon became clear that Lowell’s eye for details and his engineering talent set his company apart and they never looked back. North Sails dominate in every aspect of the sport from dinghy’s to SuperYachts.

In 2011 Lowell North was inducted into the Sailing Hall of Fame. He said at the time, “In my wildest dreams I wouldn’t have imagined where North Sails has gone.”

In 1984 North sold his company to bathroom fixture magnate Terry Kohler and stepped back from the sailing limelight. He still raced competitively and had not lost any of his competitive edge, but rather than push to remain at the forefront Lowell was content to watch the company he founded grow from strength to strength.

In 1992 North Sails introduced the 3DL line of sails where entire sails were made on a mould with fibres laid precisely along the expected load paths. This was a huge step forward in the manufacture of sails and once again set North Sails apart. In 2014, Oakley Capital Private Equity, a UK private equity firm founded by Peter Dubens acquired a majority stake in North Technology Group and as of today, the day company founder Lowell North moved on to Fiddlers Green, North Sails continues to grow and dominate the sport. RIP Lowell. You had a huge impact on not only on sails and sail technology but also on the wider sport of sailing. Lowell North was 89 years old.