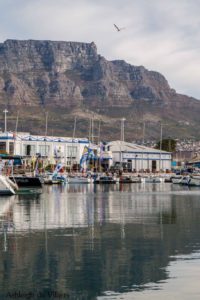 The Lipton Fleet in the tranquil waters of the Royal Cape Yacht Club.
pic by Ashleigh de Villiers 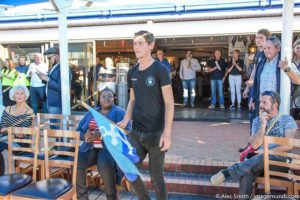 Every winter, yacht clubs from all over the country, as well as from the Namibian and Mozambican coasts, are invited to enter one team into the legendary Lipton Cup Challenge. The Challenge, which was initiated by the famous tea merchant Sir Thomas Lipton in 1909, will see 11 L26 designed yachts sail out of the protected waters of Table Bay Harbour and into the open ocean for six consecutive days of racing.

Although the race is highly competitive – resulting in fantastic rivalry and a suspenseful atmosphere on and off the water – the message of this regatta is one of fairness and unity. Every L26 yacht is checked and weighed according to strict rules, and every team can only weigh 420 kg in total. The result is a true effort to eliminate bias and measure only sailing skill – something which every crew member will need to rely on during the following days of racing in the temperamental Cape seas.

The symbolic ‘Mixing of the Waters’ ritual took place last evening at the events opening ceremony at the Royal Cape Yacht Club, whereby waters brought from every yacht club are mixed into one bowl and consequently poured into Table Bay, signifying fairness, sportsmanship and respect for one another as well as for nature’s elements. The Lipton Cup Challenge will once again unite sailors from all walks of life, who will be spending the next week shoulder to shoulder, hoping to bring home the trophy that every young South African sailor dreams about.

This is a public event, proudly co-hosted by the City of Cape Town, so everyone is invited to watch the action live from the Royal Cape Yacht Club (Duncan Rd, Table Bay Harbour) every day from 20-25 August, and join the post race recaps by some of SA’s most experienced sailing experts every afternoon at 17h00. Let us infect you with our enthusiasm for the Lipton Cup Challenge’s magic.