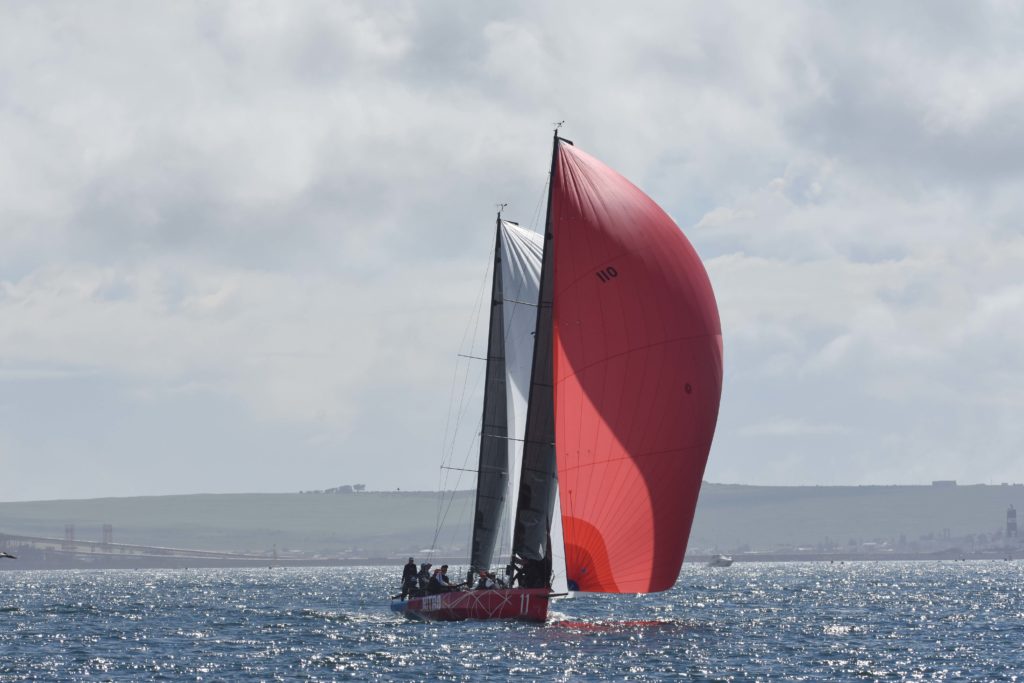 The defending Lipton Cup team, Nitro sailing for Witbank Yacht & Aquatic Club (WYAC), won the third and final compulsory race of the 2021 Lipton Cup going away from the fleet in grand style.

Today was one of those very tricky ones with shifty wind directions, and speeds going up and down. The only saving grace was the flat water. An inland sailor who knows the Witbank Yacht & Aquatic Club team well said that their flat water experience was the deciding factor in their fine victory today. Another wag was convinced it was all down to Nitrox!

Whatever it was they won convincingly having led from start to finish, and were never really threatened by anyone at any time. In fact at every mark they extended their time on the fleet, and sailed hard and fast, while reading the conditions absolutely perfectly.

Second on the day was the Royal Natal Yacht Club who at one point looked as if they had blown their second place and dropped to fourth, but they fought back tenaciously and finished that leg in second spot, and never looked back. Having been the rooster yesterday they came close to being the feather duster today!

Today was a tough and character building day for all competitors who are hoping that the huge black clouds surrounding the course today disappear overnight and are replaced by a good steady sailable wind.

The good news is that having had to isolate for COVID reasons and missing the first five races, the team from Zeekoei Vlei Yacht Club will be back on the water tomorrow (Thursday) – and no doubt looking to leave their mark with good results.