Lipton Cup Day 1. A Day for the RCYC Challenger of Record 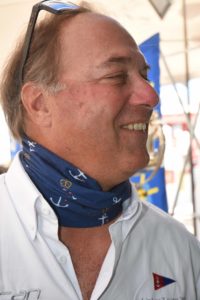 Two wins in two consecutive races is nothing to be sneezed at, yet this is what the Challengers of Record, the Royal Cape Yacht Club, achieved on the first day of the Lipton Cup on Saldanha Bay.

It was a tough and long day as racing did not start on time due to there being no wind initially, and as the race started on the quadrilateral course, the wind began picking up into the late teens from the North, and the swell began building. 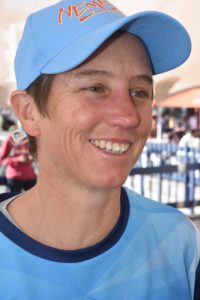 Out of the blocks at the start was the Royal Natal Yacht Club team with good speed and height, leading all the way to the second mark, followed closely by the defending champions, Witbank Yacht and Aquatic Club. The Royal Natal team went right on the downwind leg and messed up their gybe, with Nitro going left. A fast reach ensued with both Royal Cape and Witbank flying with stunning boat speed. And closing the gap all the time was the Royal Cape boat.

Once Hylton Hale, skipper of the Royal Cape boat, took the lead he did not look back and loosely covered the fleet to maintain his lead until the finish after four rounds of the quadrilateral course. But there was drama towards the end of the race when the wind dropped off very quickly and shifted too. Closing fast was Witbank, who carried their kite after the third mark for the final short leg to the finish. They initially looked good and with a possibility of pipping Royal Cape, and then suddenly a shift lifted the Royal Cape boat and left Witbank battling to even finish at the pin. In attempting to get back and salvage a second place, they were beaten by both Aeolians and Royal Natal. A last place for the defending champs was not what was expected. 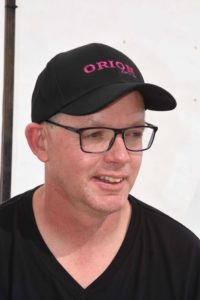 Race two was also delayed due to the wind, and a course change with the Windward/leeward course being chosen. The wind came back, as did some fog, and in icy conditions the teams slugged it out. The Royal Natal again had the best start, followed by Witbank, with both Royal Cape and Aeolians being over and having to restart. They went right while the leaders went left.

Again the Royal Natal team led at the weather mark, this time by default as they were on port, forcing the Aeolians team to take avoiding action in the final metres to the buoy. The Royal team did their penalties and from there on, battled. Meanwhile the Aeolians team capitalised and led the fleet, however they did let the Royal Cape team through, and again once through they went for broke and took their second gun of the day. Aeolians second, Witbank third and Royal Natal fourth. 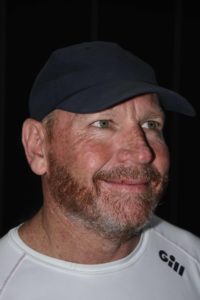 The standout boat was without doubt the Royal Cape team who had the best boat speed, sailed conservatively until in the front, and they simply consolidated their lead. They too made very few mistakes if any.

Sadly it was plainly obvious that the teams most affected by COVID in the build-up to this challenge were the ones who battled the most on the day.

Rain and strong winds are forecast for tomorrow (Tuesday).