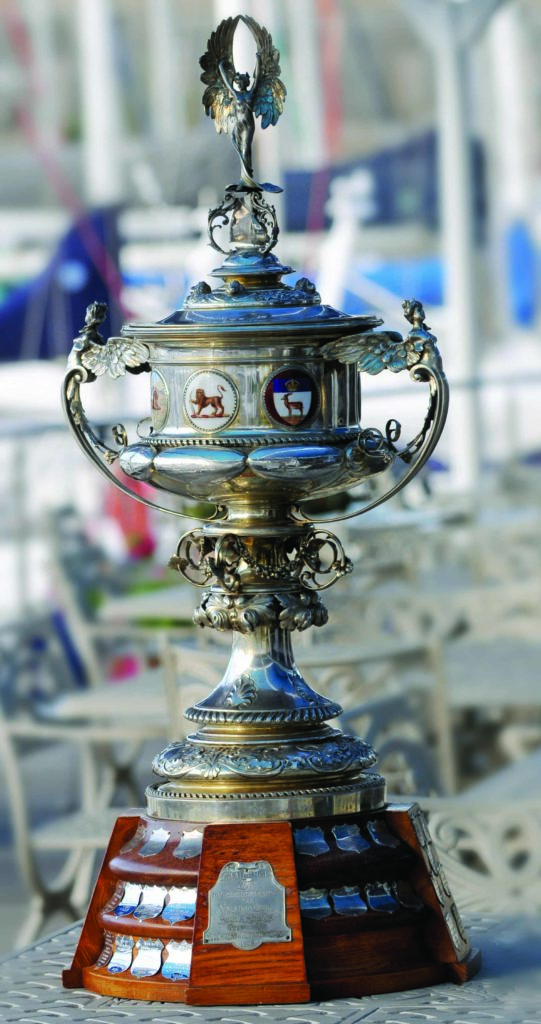 The Challenge will take place from Monday 16 August to Saturday 21 August in Saldanha Bay. The first race on Monday will not start before 11h00.

Witbank Yacht & Aquatic Club (WYAC) are the defenders of the Cup and represented by Mike Hayton and David Rae who are co-skippers aboard ‘Nitro’. David Rae is the helmsman.

The Challenger of Record is the Royal Cape Yacht Club represented by Hylton Hale who will be at the helm of ‘Vulcan’.

Lipton Cup Facts At A Glance
• The Lipton Challenge Cup was donated by Sir Thomas in 1909.

• The first Lipton Cup Challenge was in 1911, and was sailed on Table Bay.

• There have been 66 Lipton Cup Challenges sailed.

• The 67th Lipton Cup Challenge is being sailed on Saldanha Bay.

• The most successful winning club is the Royal Cape Yacht Club with 16 wins.

• The most successful skipper is Greg Davis with 13 wins to his credit.

• The only father and son combination to co-skipper a winning boat are David and Roger Hudson who won in 2005 when sailing under the Royal Cape Yacht Club burgee.

• The only father and son combination competing this year are Philip and Oscar Baum representing Aeolians Club aboard ‘Nemesis’.

• Having used the very versatile L26 Class yacht for 35 continuous years from 1984 until 2018, a new class of yacht, the ultra-modern, ultra-fast and very slippery Cape 31 became the boat of choice in 2019 – the 6th class of boat to be used. This year is the second appearance of the Cape 31.

• The smallest fleet since the graceful 30-Square Metre era was in 1983 when just 4 yachts competed in Quarter-Tonners.

The America’s Cup and the Lipton Challenge Cup events can be compared by the fact that both are inter-club events, and that there is NO second place.

The first race prior to the America’s Cup being established was a race ‘open to yachts belonging to the clubs of all nations’, making club membership a prerequisite from the outset. The prize? A £100 silver cup.

America won that race, finishing several miles ahead. When Queen Victoria who was on the water watching the race asked who came second, an aide replied, “Ma’am, there is no second.”

And so too in the Lipton Cup which is also all about the winner.

The inscriptions of the winning skippers on the Lipton Challenge Cup read like a who’s who of sailing in this country, with this years 67th challenge going to be highly competitive despite the small fleet of 5 yachts.