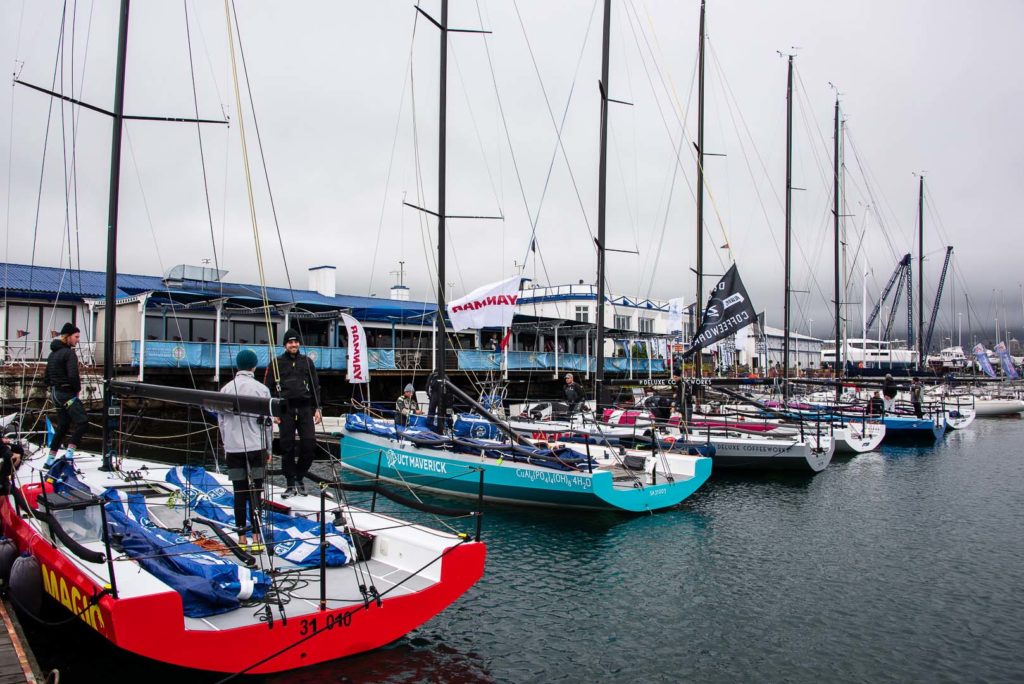 At the Mixing of the waters opening function late yesterday afternoon the cannon that was scheduled to be fired to signal that the regatta had started, failed to fire!

Maybe that was an omen for things to come as the wind gods prevented racing on Table Bay today, much to the disappointment of the racing crews. All crew were set and ready to go, but Race Officer Doug Allison erred on the side of caution, and after two postponements to check the conditions first hand at sea, he abandoned racing for the day.

His reasoning was based more on the very rough sea state than on the wind conditions, although combined racing would have been tough had he permitted it. The worst thing a regatta of this stature needs is for there to be breakages amongst the fleet on the very first day, a very real possibility with the prevailing conditions.

The spirit amongst competitors is high and friendly, just as Sir Thomas Lipton envisaged when he donated the trophy 110 years ago – saying that it should be for the purpose of encouraging yachting in South Africa, and especially in the way of friendly contests in sailing and seamanship in deep sea yacht racing.

Sir Thomas would in all likelihood have been satisfied with day one of the 66th Lipton Cup Challenge.

Conditions permitting, Allison will attempt to get two races in tomorrow (Tuesday).

Sailing is one of the few sports in which people of all ages and ability can compete equally alongside each other – even in top level competition like the Lipton Cup.

This year there are several father and son combinations, and sibling combinations too, as follows:

● And there’s more too – siblings Sonja and James Stock and Sieraj and Taariq Jacobs are sailing for UCT.