Since the demise of the L26 Class as the Lipton Challenge Cup recognised yacht, there has been increasing unhappiness that the event may have become too exclusive, thereby reducing numbers and stifling entries.

Since the demise of the L26 Class as the Lipton Challenge Cup recognised yacht, there has been increasing unhappiness that the event may have become too exclusive, thereby reducing numbers and stifling entries.

Well this is about to change as the Lipton Cup Trustees have agreed to some far-reaching changes which could see a large and highly competitive fleet challenging The Royal Natal Yacht Club defenders for the prestige Lipton Cup in False Bay from 17 – 21 August 2022.

“It is the intention of the Lipton Trustees that this year’s Challenge be open to all boats with a valid ORC (Offshore Racing Congress) International Certificate and a CDL (Class Division Length) within the range 8.000 to 9.780, the latter being the upper limit for Class C in the 2022 ORC World and Continental Championships. This proposal is subject to the approval of a majority of the yacht clubs recognized by the Lipton Trustees, and a vote in this regard will be conducted within the next few weeks.

“Of the 139 boats in South Africa that currently have ORC certificates, 54 have CDLs which lie within the proposed range. This will make the Lipton Challenge a great deal more accessible to the clubs of Southern Africa than it has been for the past two events.”

This is a positive move which should excite competitive yachties who have previously been unable to compete, as they were not one-design boat owners.

The place to start; for all those Clubs who may like to challenge for the Lipton Cup, is a close scrutiny of the boats on the Club Register to ascertain which the most competitive might be, and for sail-off trials to be conducted before a team is selected.

It’s time to start planning that campaign NOW as the longer you wait, the less time you have on the water to optimise both boat and crew! 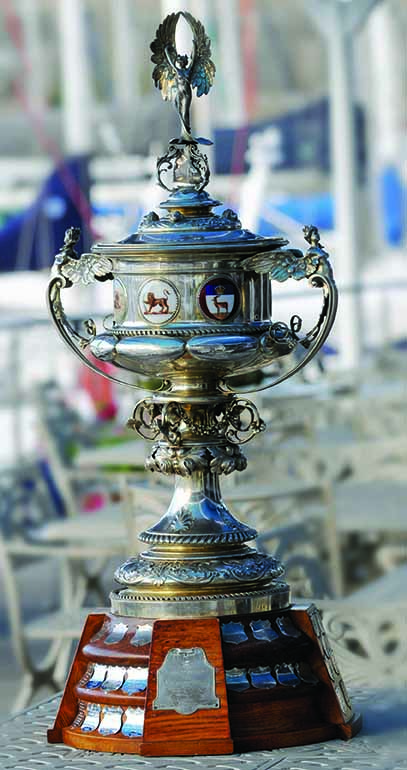