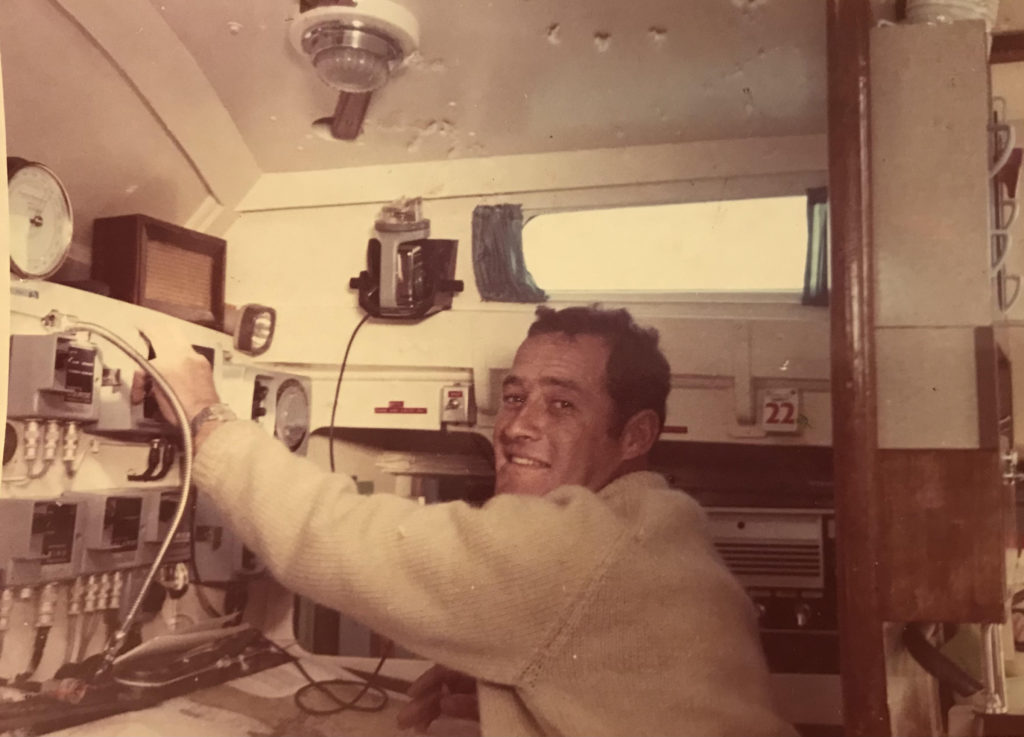 Les Fella aboard Voortrekker I.

One of the perks of sharing my historical records daily is the excitement and joy it gives some people who are suddenly jolted back in time when a memory that is dear to them is triggered.

This was the case a week ago when I shared the memories, newspaper cuttings and photos of the very first Cape to Rio Race in 1971 – the 50th anniversary of the race. It prompted a guy by the name of Les Fella to post a newspaper cutting he had cherished, and some words too.

Fascinated by his words, I tracked him down, and was able to conduct a brief Q & A with him. What resonated with me was that he did the first 3 Rio Races, 1971; 1973 & 1976, aboard ‘Voortrekker’ – and from all accounts is the only person to have done so. 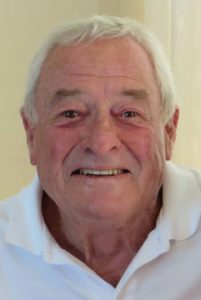 Les Fella is obviously a dyed-in-the-wool Navy man who loves his sailing, and did tons of races in the ‘70s when sport as a whole, and in particularly sailing in the Navy was encouraged. He retired from Naval duties in 1988 as a Chief Petty Officer.

His answer to my question as to why he was so lucky to crack the nod for three consecutive races aboard ‘Voortrekker’ floored me somewhat. “When you’re good, you’re good! There was nobody else who had the experience that I had. I even taught John Martin the ropes on the foredeck!’. Arrogance maybe, but I think more the response from a competent guy caught up in vivid memories from 50 years ago. 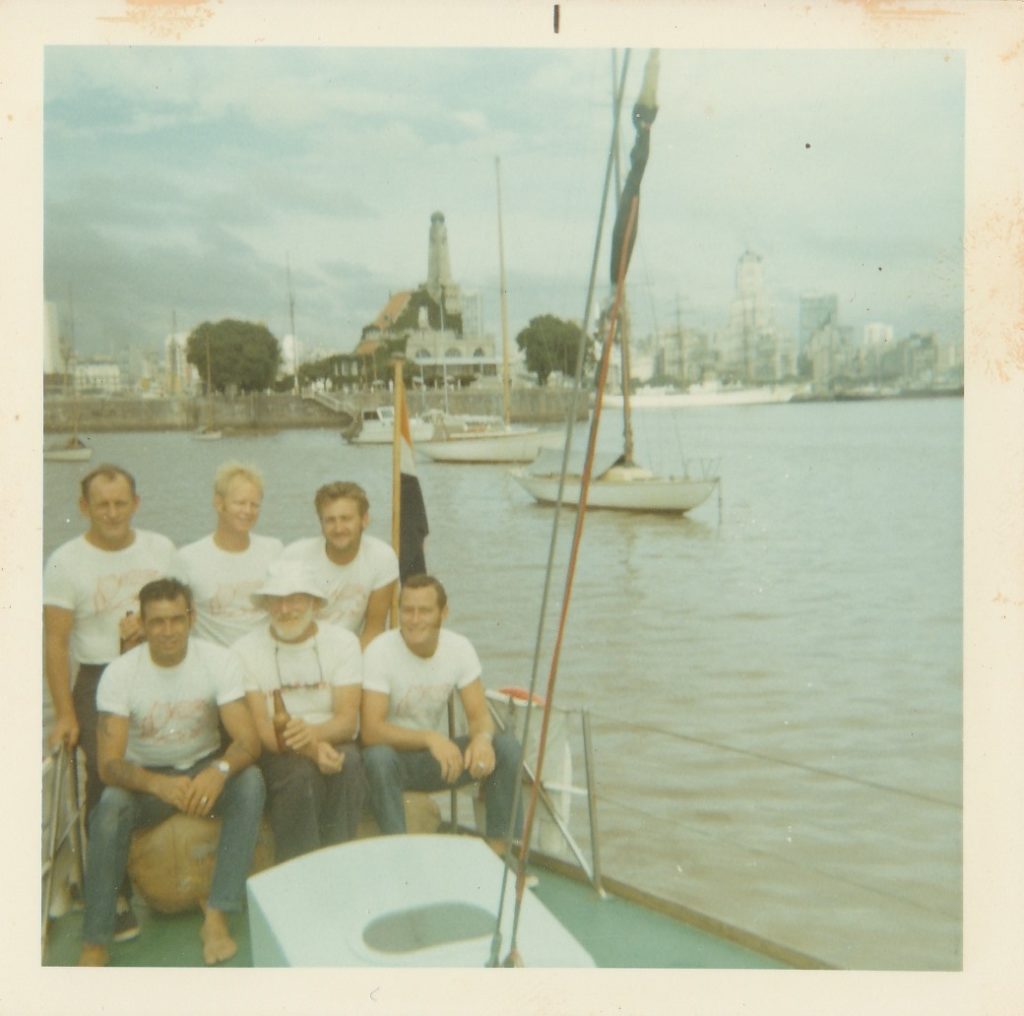 Les always worked on the foredeck “where the big boys play!”, was a helmsman too and led the alternate watch to Bertie Reed. “I also volunteered my services as ‘dish scraper and washer’ so that I could scrounge extra rations!”

His mentor, and in his own words the best skipper he sailed under was Willie Berg who came from Norway and was a Chief Petty Officer in charge of the Naval Boat Centre in Simon’s Town. “He taught Bertie Reed and I everything about sailing”.

I also quizzed him about the best crew, and this was a toss-up between the 1971 and 1976 crews. Alec Wrensch, the chef on board, was always my best buddy. 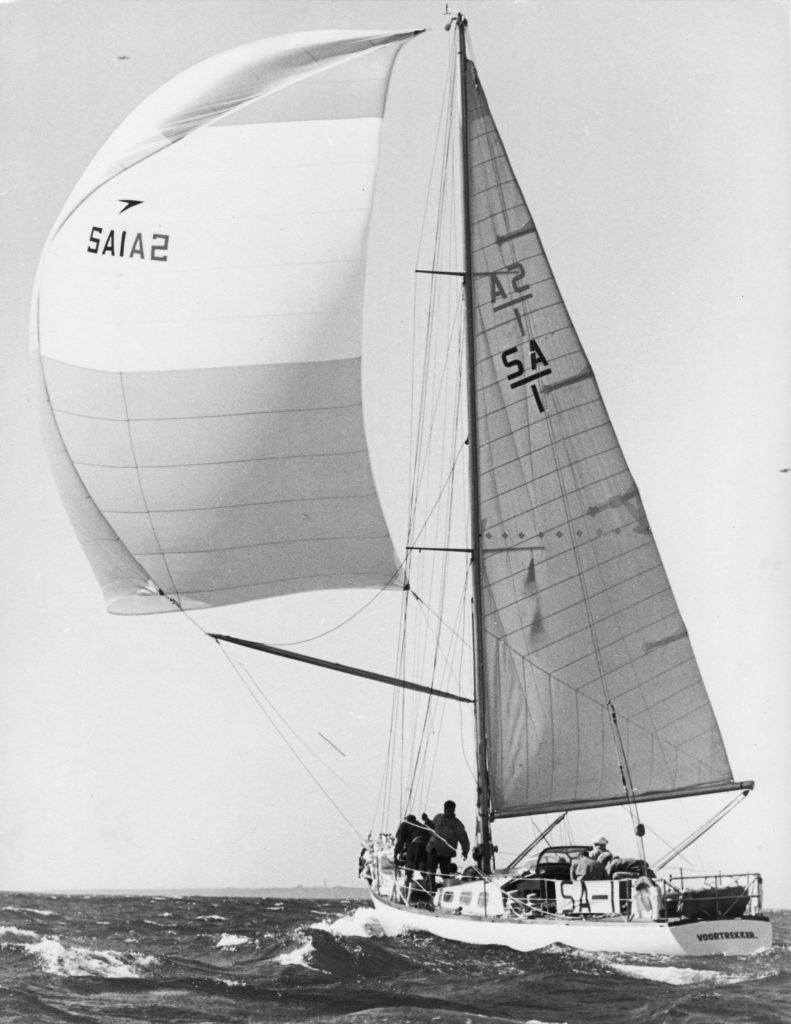 Voortrekker I at the start of the 1971 Cape to Rio Race.

His best memory of the Rio Races was seeing the floodlit Statue of Christ as they approached Rio. “Special friendships were forged and all memories are very precious” he said. Their best result was in 1976 when ‘Voortrekker’ was the 5th boat to finish, and the first South African yacht over the line.

Of the crew he sailed with on Voortrekker, he is only aware of Karl Esterhuysen, who lives in Plumstead, still being around, and of course John Martin.

In 1976 Voortrekker was sailed back to Simonstown from Rio. “The guardship, SAS Protea, passed us southwest of Hout Bay, with two Centurion Navy yachts on the flight deck. There was no space for ‘Voortrekker’, so we had to sail home”.

Great memories from a man passionate in the ‘70s about his sailing, and who still, 50 years later remembers them clearly. 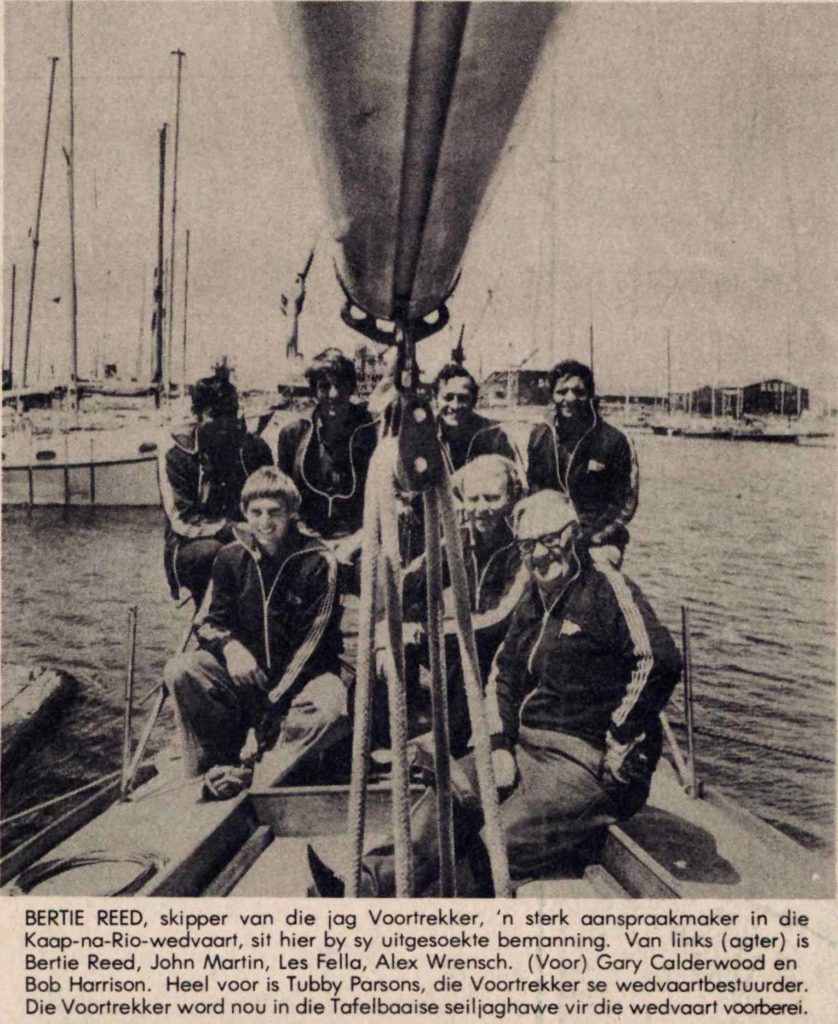