Leave Beer Can Racing to the Amateurs 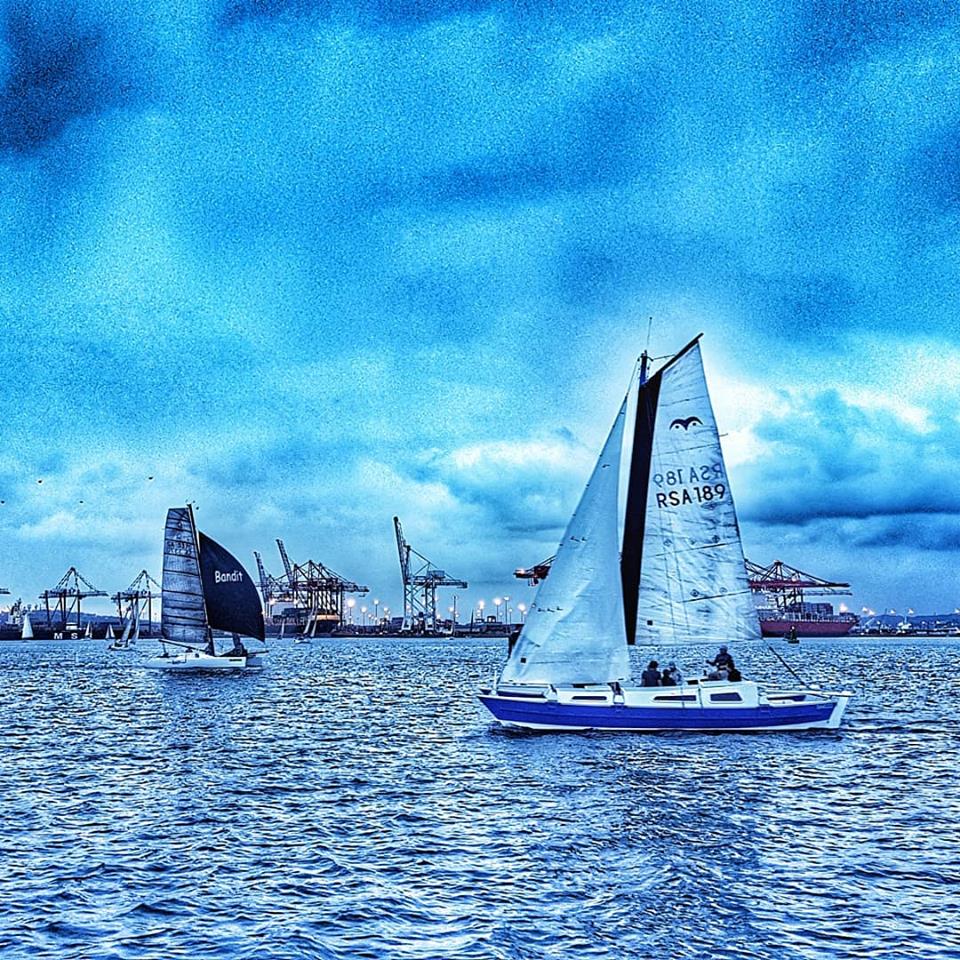 This title caught my eye as sometimes what we call ‘Wednesday Night Sailing’ and the Americans call ‘Beer Can Racing’, simply gets too competitive as the hot-shots try to exert their authority on those less experienced who are simply out to have fun while learning in a relaxed environment.

The hot-shots shout loudly, call others rude names, pretend they know the Racing Rules of Sailing, and regularly threaten protests and other dastardly deeds. This is simply intimidation of the worst kind and could well be the reason why in this country anyway, numbers on Wednesday evenings are dropping.

Oh, and another bugbear is that this kind of racing is to encourage people to get onto the water, have fun, learn something about the sport and go home wanting to be back again the following week. It’s simply not there to substitute balls-to-the-wall sailing in any form. It should NOT be about results as that’s for proper racing.

So, as the headline in Scuttlebutt Sailing News says, “let’s leave beer can racing to the amateurs”.

Chris Caswell, writing in SAILING magazine in the USA, hits the nail on the head enough for his thoughts to be published in Scuttlebutt.

To quote Peter Finch as newscaster Howard Beale in the movie “Network,” “I’m mad as hell and I’m not going to take this anymore!”

What led to this state of affairs was a phone call to an old friend in California to catch up on his summer and to get his sympathy on my hurricane season. My innocent question, “How did the Wednesday beer can series go?” launched a rant that She Who Must Be Obeyed, a ranter of gold medal standards, would have appreciated.

“I sailed the first few evenings and then quit,” said my friend (we’ll call him Fred) with a twinge of bitterness, adding “It just wasn’t fun anymore.”

The essence of his rant was that the beer can fleet used to be a bunch of folks, including spouses and kids, who climbed on their boats at the end of the Wednesday work day and had a race followed by a burger bash, where everyone consumed beer and told lies about their sailing prowess.

But over the past few years, there had been an insidious invasion of hot sailors who had gradually turned the once-fun beer can evening series into a combat zone. They brought with them tactics more suitable for the Olympics or world championships, which led to lengthy protest hearings because of these tactics which, in turn, dented the burger and beer time as well.

“I don’t mind losing,” Fred said, “but it’s not much fun losing to people you don’t even know. Heck, I have a lifetime of losing to my friends. We joke that it’s part of the game. Sometimes I would win, sometimes they would. A lot of these hired guns just get in their cars straight from the dock and skip the burger bash. Where’s the joy in that?”

I’d like to say, with all modesty, that I’ve had some fine rants here on the pages of SAILING, and more than a few have been about how winning has become the all-consuming goal in a sport that is supposed to be fun. From the moment they first plant their little rears in an Optimist, kids are being trained to focussed on one thing: winning. It’s no wonder so many kids drop out of sailing: It’s no fun!

I’m not going down the “it-was-better-in-the-old-days” road. Wait. Yes, I am. I do remember when the owner of a yacht wouldn’t think of accepting a trophy if he hadn’t steered the boat. I remember when both beer can and weekend regattas were a time to gather friends and family, throw on a case of beer and some deli sandwiches, and have fun on the water, win or lose. There was never any hotshot who had flown in on the owner’s nickel to whisper tactics in his ear or to actually steer the boat. Paid hotel rooms? Snort!

The editor for some of my books at Norton Publishing was a fine seaman and his crew survived the deadly Fastnet race of 1979. He treasured sailing with a crew of non-pro friends. He eventually converted his Frers from a racer to a cruiser, simply because he wearied of racing against boats filled with pro crews expecting free air tickets, hotel rooms and spending money, which was a code word for salary.

We use the word Corinthian to mean amateur sailors who take pride in doing the racing themselves without professionals. It used to signify someone with a sense of honour and dignity, one who would never think of using the rules as a club against a competitor. To be called a Corinthian meant you were highly esteemed.

Amateur is not synonymous with hacker: it should have the same weight as when used in golf or tennis, meaning a person who enjoys a sport as a pastime, not a profession.

But this all-consuming craze to win, inbred from childhood, is doing sailing no good. There are Grand Prix levels of racing where the pros can go play, but when they’re being imported down to the beer can series level just to win a shiny trinket, this whole thing has gone far enough.

You don’t have to shout out the windows as newscaster Howard Beale told viewers, but it is time to reassess what direction racing is going. And is this where we want it to go?

I’m with Fred. Let’s get back to the fun of racing with friends and family.

Reproduced with the permission of Scuttlebutt Sailing News