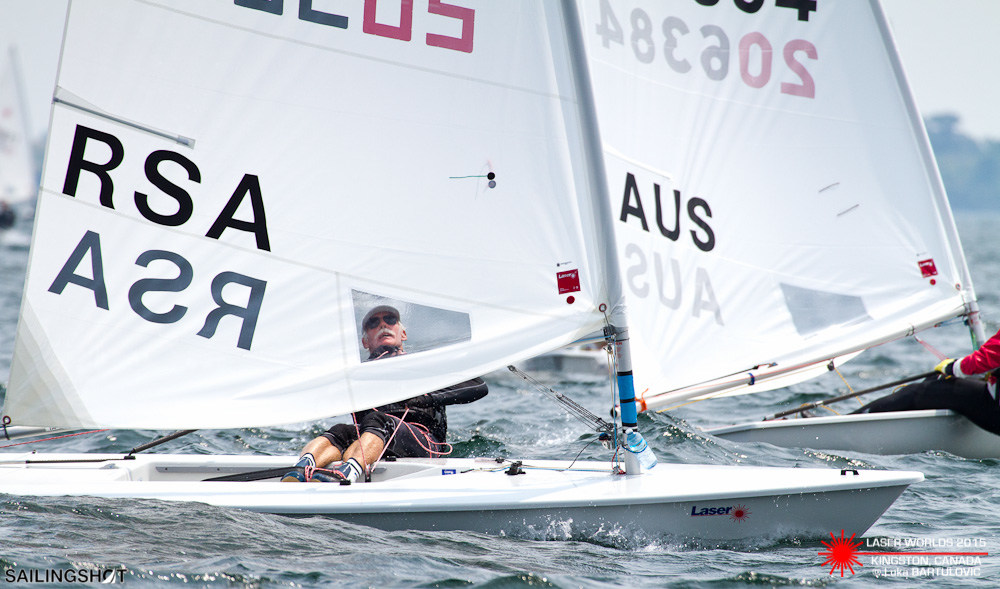 Once hooked on the ‘Masters’ championships, Laser sailors tend to head back year in and year out not just for the sailing, but for the friendships forged and camaraderie amongst competitors from all over the world – over 300 this year.

But the great news is that Alan Keen scored a 2 & 1 to be on the top step of the Great Grand Master division where 15 over 65 year olds are competing.

Keen is no slouch on a Laser, and is an old hand in this competition, with previous podium finishes. But a great result nonetheless on the opening day which will stand him in good stead for the event as a whole.

It was not as easy as Keen has made it to look for Ken Holliday who in the Legends division for those over 75 years old. An 11 and a DNC puts him 12th overall – a wonderful effort by this old hand.

In the Grand Master division there is intense rivalry between Campbell Alexander and Lance Burger – nothing new as these two spur each other at every opportunity, with Burger having the upper hand today with a 43 and 36 to be 39th overall.

Campbell Alexander damaged his knee in the first race and was forced to retire for the day. This was disappointing for him as he was in the top 20% of the fleet at the time, and hopes to be back in action again tomorrow.