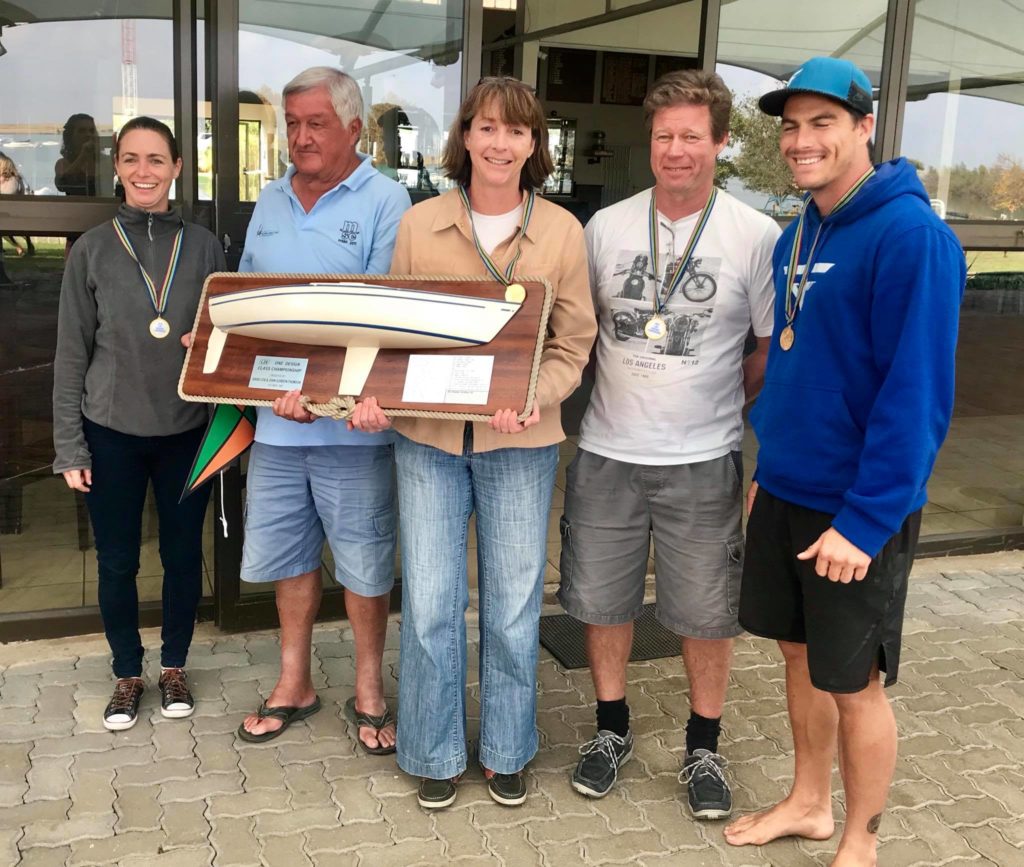 Ten boats entered and forty-four sailors weighed in during registration. Adding the list of volunteers, the race committee, family and supporters to that number, LDYC witnessed an exciting congregation of many sailing enthusiasts over the long weekend.

On Friday 27 April conditions were light and challenging and the race officer managed only one race. On Saturday conditions improved and four races were sailed. It was good tight racing through the fleet and by the end of the day one could get a fair idea of who the contenders for the top three positions would be, but it was by no means clear who would come out victorious. Racing was tough and because conditions were tricky, competitors would have had to work hard to maintain their positions.

On Sunday morning there was enough wind for two races, but after that the race officer had to abandon three attempted races after he sounded the warning signals due to extreme wind switches. Racing was eventually abandoned for the day.

Some competitors and boat owners are new to the sport of sailing or new to the class and although many initially felt that they should not be entering a national competition before they have had more time on the water, the experienced sailors offered their assistance with regards to rigging, trimming, tactics, boat handling and sailing in general and in the end, all agreed that this was the best way to learn more about the sailing of a boat as technical as the L26. Sailors are known for their camaraderie and generosity with their time off the water and new connections and friends were made. Wits Yacht Club was well represented and student members helped to fill boats where there was a shortage of either crew or experience.

Monday saw a few crew changes because it was not officially a public holiday and some participants had to return to work, but due to a lack of wind, teams remained in the clubhouse until 12h00, when the race committee announced that the wind had arrived. Boats went out but the wind died and they returned to shore and waited until the race committee eventually called it a day. 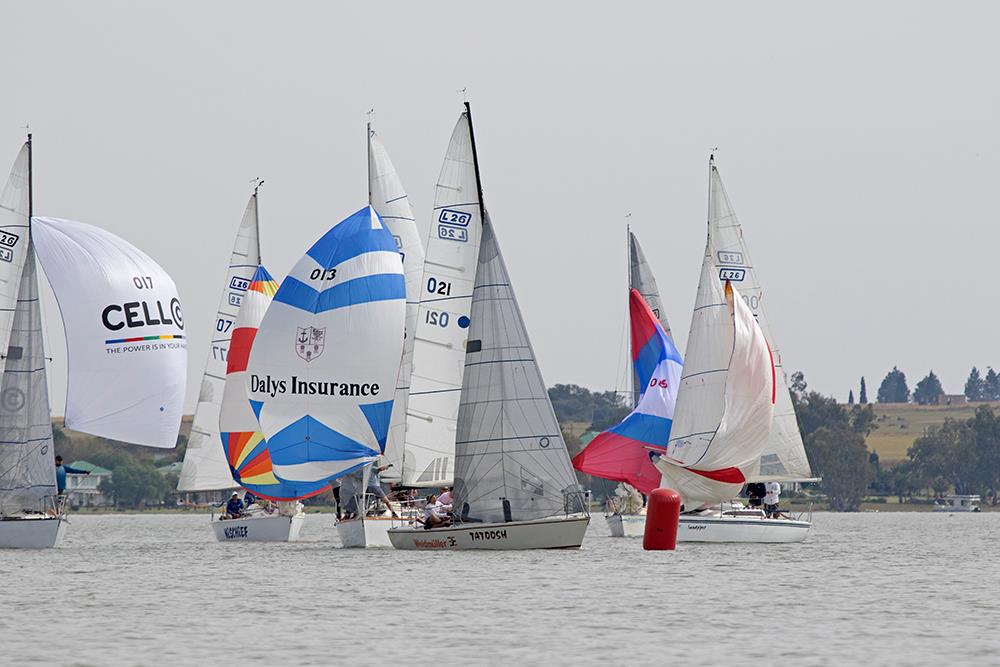 During the night the wind built and a storm erupted, but by Tuesday the front had passed and conditions were light again.

On Tuesday morning one race was started, but it had to be abandoned before the end of the first lap due to a wind direction change. The race was re-sailed in light conditions and by now the outcome of the regatta had become clear. The wind was too light to continue and further racing was abandoned.

Finally it was Rob Willcox on Streetcar who came out victorious with 4 firsts and 4 second place. Tatoosh and La Digue tied on points so the tie-breaker saw second spot go to Tatoosh (Alex Schön) and third to La Digue (Richard Wiederholdt).

On a positive note, many competitors who entered the 2018 L26 Nationals are new to the class and did so for the first time. Entrants to the Nationals have varying levels of experience and at least nine of them are heading to Durban in July to compete in the Lipton Challenge Cup 2018. One or two boats had to dust off the cobwebs and were launched for the first time in many years. There was a good mix of youth sailors and ancient mariners, proving that the L26 class is still highly competitive with a future ahead of it. All competitors agreed to sail more regularly, even if it is at club racing level. On a negative note, at least four competitive boats that sail regularly were not on the water.

Once again thank you to all the sailors and organisers who contributed to making the event a huge success and to LDYC for the hearty meals, quality entertainment in the form of two-man bands, some fun unscheduled slip-n-sliding on the dance floor and for creating an atmosphere of general fun and sportsmanship. No one was disappointed!