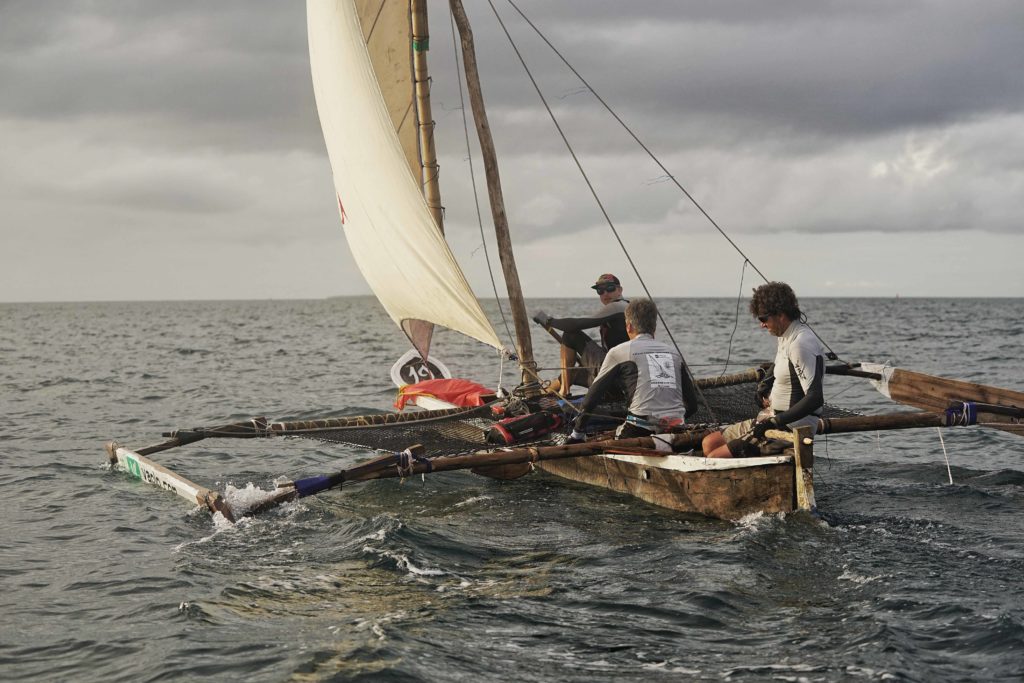 The winners sailing ‘Village Monde’, Charles and Bastien Mony from Quebec and Gilles Lamire from France, heading for the finish line.
Pic by The Adventurists

Earlier this month ‘Team Village Monde’ crossed the finish line as winners of the Kraken Cup (sponsored by Garmin) one of the World’s most adventurous, yet basic, sailing races.

Whilst most of us were nursing hangovers, New Year’s Day in Zanzibar saw an international field of 22 teams (made up of 66 sailors), set sail in the Kraken Cup, which, in the modern age of fibreglass hulls and carbon fibre sails, strips things back to basics.

The Cup tests the seamanship of sailors to the max as it races in Ngalawas, traditional African fishing boats whose hulls are carved by hand from mango trees and outriggers lashed on. To add to the adventurous spirit of the race, the course, which is made up of a series of compulsory checkpoints, includes a of couple ‘free-sailing’ sections. Sailors not only have to contend with the challenges of sailing Ngalawas but also find somewhere to sleep for the night – roughing it on uninhabited islets, camping on islands with inquisitive locals or staying in a traditional fishing village. Competitors are encouraged to ‘bring a hammock’. 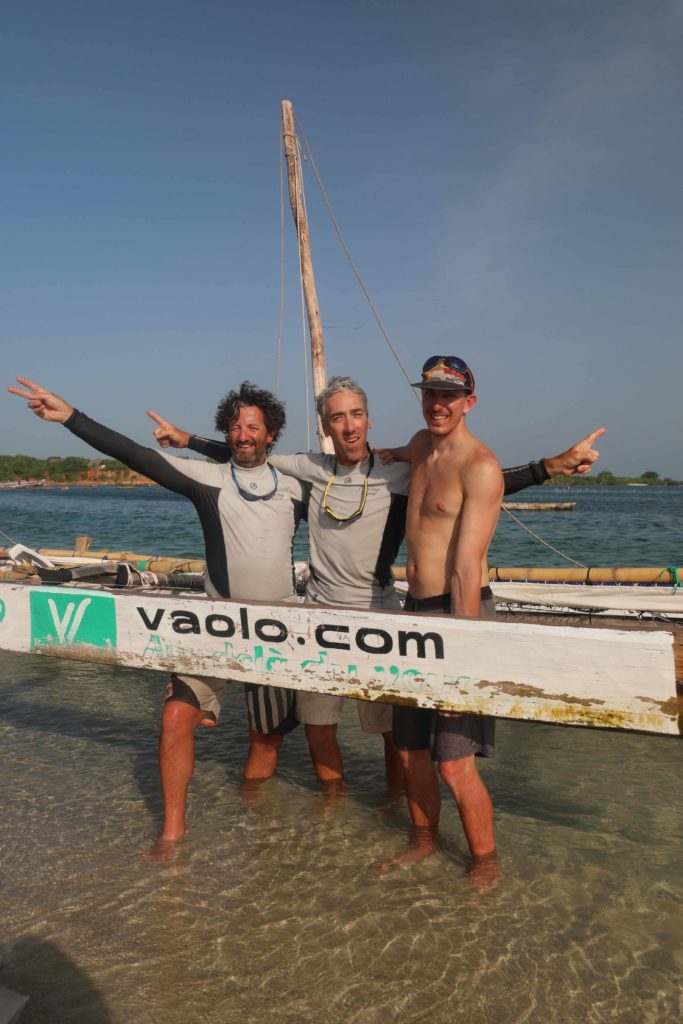 The winners of the Kraken Cup 2019 were Charles and Bastien Mony and Gilles Lamire.
Pic by The Adventurists

The sixth edition of the Cup wound its way 500km around the coast of Tanzania, between the Zanzibar Archipelago and the stunning Lindi region. The route takes in some of best sailing in the Indian Ocean and, for the first three days of the race, it appeared some of the calmest sailing too, with little wind and still seas. Then things changed dramatically, with ferocious gusts and big swells rolling in.

The change in weather resulted in numerous capsizes and battered and broken boats and crew, and with one team diverting course to help rescue three local shipwrecked sailors. Just 13 teams remained in the main race on the final day. It was ‘Team Village Monde’, made up of Canadians Charles and Bastien Mony, a father and son pairing from Quebec, and Gilles Lamire from Brittany in France, who managed to make the most of the treacherous conditions. Their ability to handle the primitive boats in rough waters resulted in them crossing the line as victors, ahead of ‘Team Southern Exposure’ from the USA, who just pipped British team ‘Krakin’ Up’ for second place.

Tired but happy, the winning team members, who were sponsored by Vaolo, summed up the race in one short sentence: “The Kraken Cup is the perfect mix of solidarity, craziness and sports”.

More information on the next Kraken Cup, due to take place in December/January 2019/20 is HERE