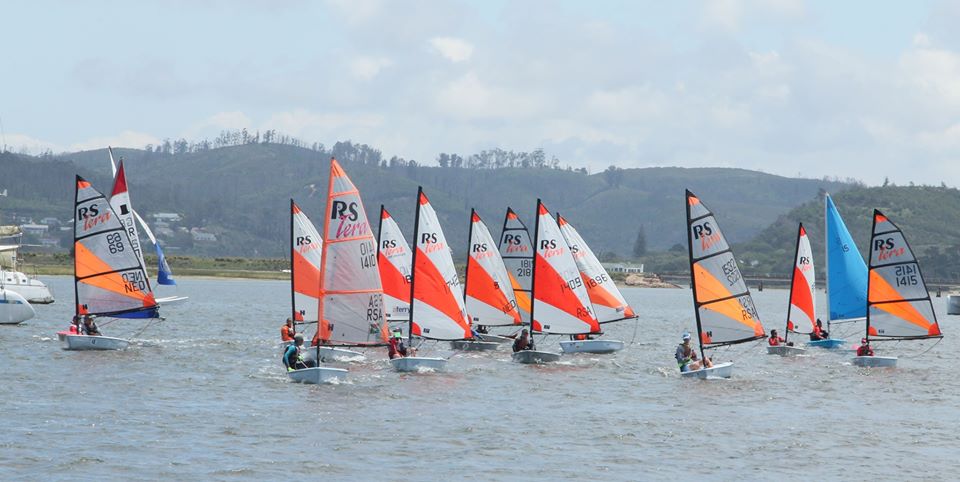 A mixture of Tera Sports and Tera Pros during a race.

Knysna Yacht Club hosted its annual Inter Club Regatta this past weekend. It attracted a good fleet of 27 boats in the Fast Dinghy category (PY <1207), 24 in the Slower Dinghy category (PY >1207)and six Hobie 16s in the Catamaran fleet. These came as far as Durban and Port Elizabeth, to join the local entrants from Mossel Bay, George and Knysna.

On Saturday, racing got under way in a brisk southerly wind. The incoming tide made things difficult for the sailors, who had to sail into the wind against the current of water flowing in from the Heads. Three courses were set, according to boat speed, with the speedy Hobies doing a bigger course. Four races were completed on Saturday. On Sunday morning, in view of the low tide, the traditional Long Haul Race was set, in a brisk westerly wind. From the start off Thesens jetty, there was a short beat into the westerly to a turning mark, then an exciting reach to the next mark set just inside the Heads. The return leg to the finish at Knysna Yacht Cub was another planing reach. 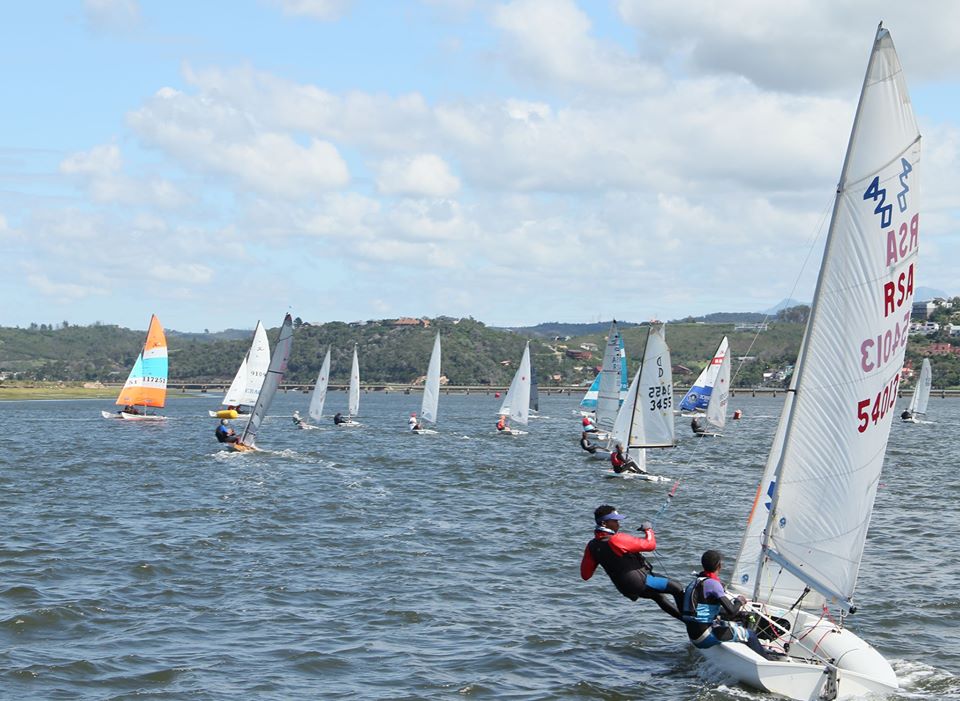 The Faster and Catamaran fleets setting off for Sunday mornings Longhaul race.

Thereafter, a “round the buoys” race was set, in a fading wind, resulting in several being unable to finish. A planned 7th race was not started, as the sailors were not keen to try to sail in the very light, fickle wind that remained.

In the Catamaran fleet, winner once again was the indomitable Blaine Dodds, sailing with Cameron Hills, with another familiar Hobie name in second place – William & Lucinda Edwards.

In the Fast Dinghy fleet, the Fireball of David Laing & Anthony Alant was generally ahead of this fleet, chased on the first day by the similar boat of Richard & Anthony Parker. But consistently close behind was the Sonnet of Tim & Adam Jones. With scoring done against Portsmouth ratings, overall winner was the Redhouse Y.C. entrant Tim and Adam Jones. Second place went to David Laing & Anthony Alant on Fireball, with third place going to Sigi Bailes on a Laser Radial. 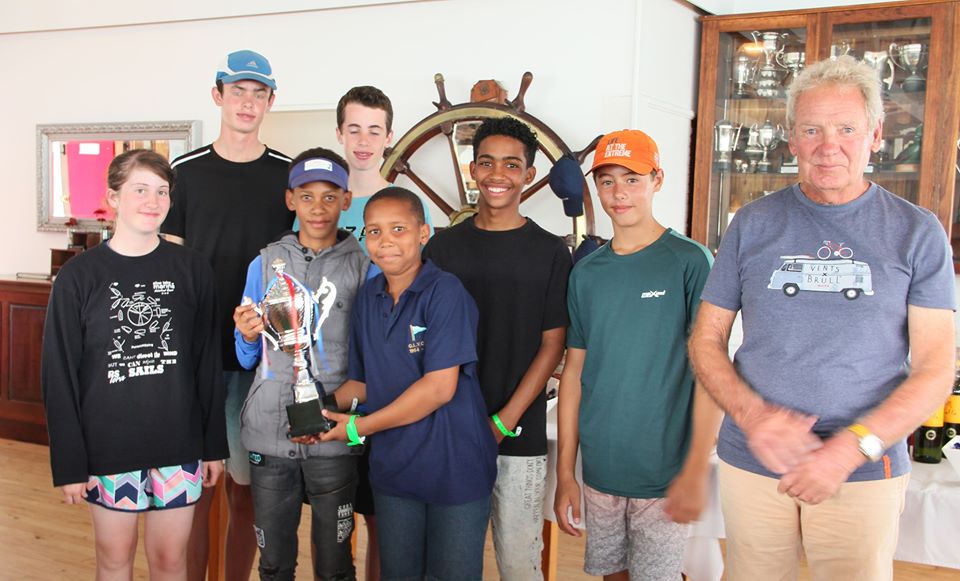 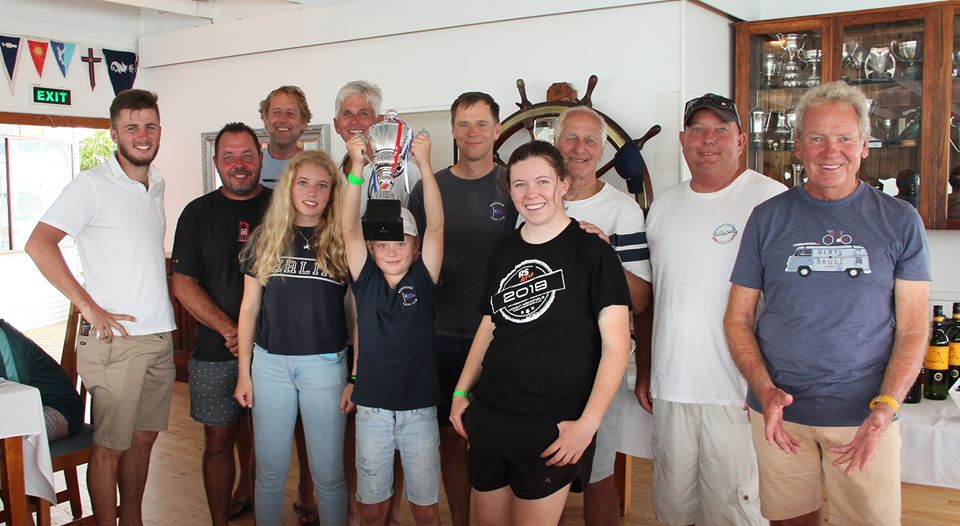