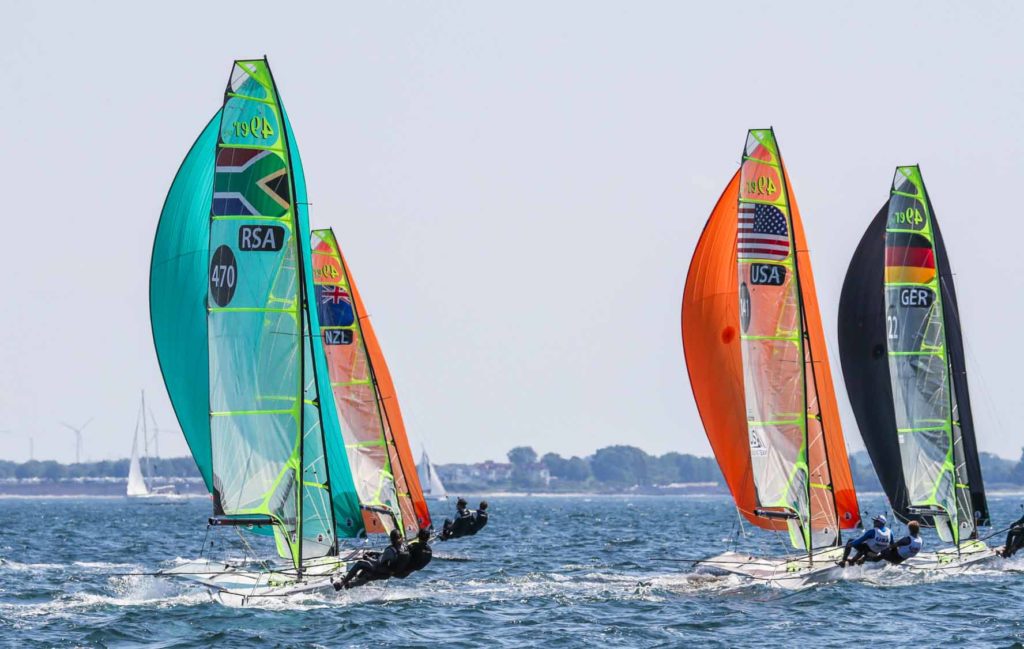 Day 1 is done and dusted for the RSA sailors who are upbeat and anything but fazed by what happened out on the water.

Alex Burger said that they had a good first race, then struggled a bit in the other two, indicating that all-in-all they are happy and keen to improve their results tomorrow.

Racing today were 3 49er fleets which will ultimately determine where each team will sail in the fleet racing. Daniel & Burger were in the blue fleet, a tough grouping with many a top sailor competing against them. Olympic medalists like the Fantela brothers of Croatia and Peter Burling with his trusty crewman Blair Tuke of New Zealand were just 2 pairings our RSA guys had to compete against today. 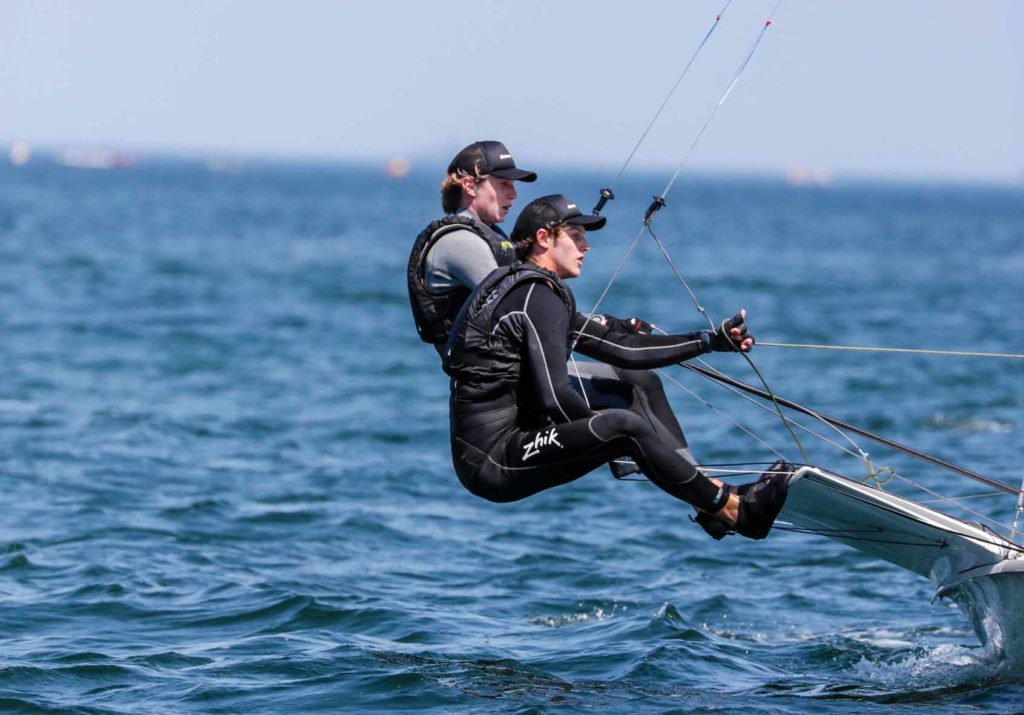 But they took it in their stride and finished 10th in their opening race, then 20th and 18th to put them 49th overall – this in their very first international 49er regatta.

From all accounts it was a tough day for their weight combination today, and according to their support team there is nothing for them to be concerned about. Be assured that after an overnight debrief from their coach Roger Hudson they will be fired up to get going again tomorrow having taken his assessment of their performance on board.

In the mens Standard Laser, Kai Leslie was 34th and 45th in his two races – his very first in international competition. He said he got pushed out completely on the first start, but felt that with a better start he could have ended about ten places higher. In the second race he started much better around mid-fleet on the line. However he missed a wind shift to the right which dropped him right down the fleet again. He remains positive and says he has learnt a lot, and that he did not capsize in the gusty and choppy conditions.