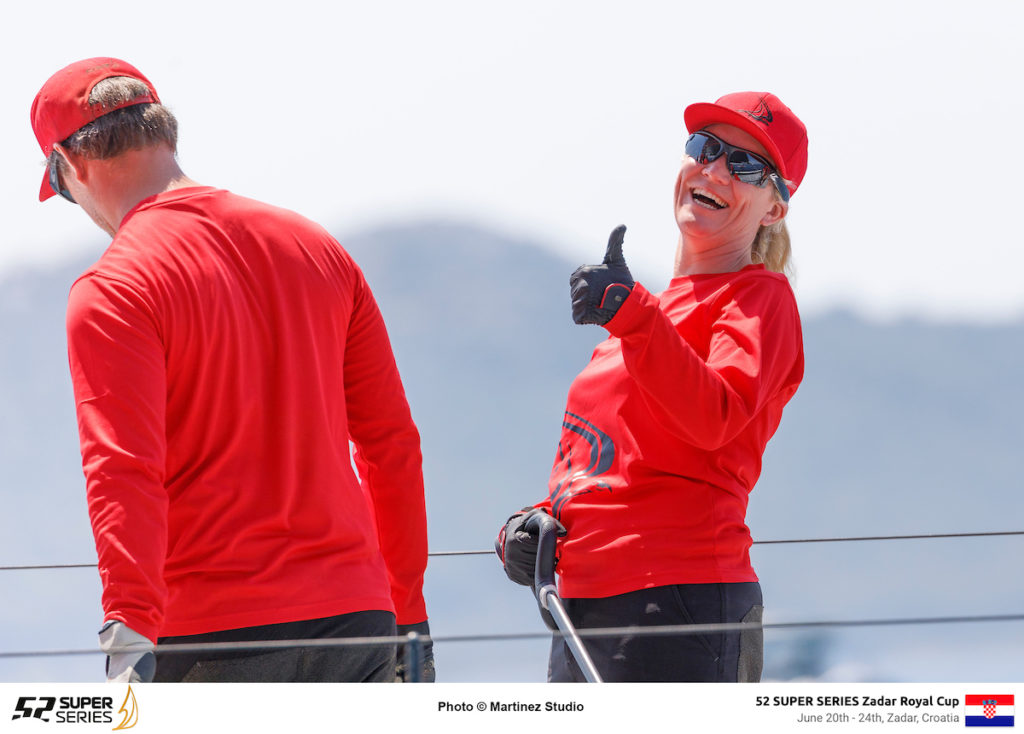 Sailing in the TP 52 Super Series during June in Croatia, Tina Plattner and her crew, with a generous number of South Africans aboard, scored a number of ‘firsts’ which have tipped the scales in her favour to win this award for the second time this year.

It is rare that anyone gets to win the “Sailor of the Month’ title twice in one year, yet Tina Plattner has done just that, and added another ‘first’ to the following achievements in Croatia:

Plus, they nearly won overall, but had to be content with 2nd overall – a stunning achievement anyway, and extremely valuable experience for her and the local crew mates.

June was a big month for women in sailing as the first women to win a Volvo Ocean Race were aboard Dongfeng Racing Team when they slipped past their opposition within sight of the finish line to claim the race title. It’s just wonderful that one of our own women achieved glory on the international circuit too.

NOMINATE Your Sailor of the Month – Now. See how to do it HERE