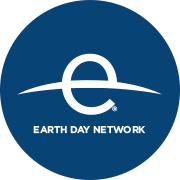 Each year, Earth Day – April 22 – marks the anniversary of the birth of the modern environmental movement in 1970.

Earth Day 1970 gave voice to that emerging consciousness, channelling the energy of the anti-war protest movement and putting environmental concerns on the front page.

The idea for a national day to focus on the environment came to Earth Day founder Gaylord Nelson, then a U.S. Senator from Wisconsin, after witnessing the ravages of the 1969 massive oil spill in Santa Barbara, California. Inspired by the student anti-war movement, he realized that if he could infuse that energy with an emerging public consciousness about air and water pollution, it would force environmental protection onto the national political agenda.

On April 22,1970, 20 million Americans took to the streets, parks, and auditoriums to demonstrate for a healthy, sustainable environment in massive coast-to-coast rallies. Thousands of colleges and universities organized protests against the deterioration of the environment. Groups that had been fighting against oil spills, polluting factories and power plants, raw sewage, toxic dumps, pesticides, freeways, the loss of wilderness, and the extinction of wildlife suddenly realized they shared common values.

Today, the fight for a clean environment continues with increasing urgency, as the ravages of climate change become more manifest every day. We invite you to be a part of Earth Day and help write many more chapters—struggles and victories—into the Earth Day book.

2020 marks the 50th anniversary of the first Earth Day. In honour of this milestone, Earth Day Network is launching an ambitious set of goals to shape the future of 21st century environmentalism. Learn more here.

Earth Day Network Launches Plastic Pollution Calculator
Management of plastic waste is a global crisis, making the resulting plastic pollution one of the most pressing environmental problems. As part of Earth Day 2018 (April 22), Earth Day Network has released an online Plastics Pollution Calculator (https://www.earthday.org/plastic-calculator/) for consumers to calculate the amount of disposable plastic they use in a year and make plans to reduce the waste.

9.1 billion U.S. tons of virgin (non-recycled) plastic has been produced to date, generating 6.9 billion U.S. tons of plastic waste, and only 9% has been recycled. The world is already incapable of properly managing this enormous amount of waste, and the production of plastic is predicted to increase three times in the next 25 years. We know that micro-plastics are polluting our drinking water and the fish we eat and also cause health problems. Littered plastic not only kills wildlife but affects the lives of more than 2 billion people living without waste collection.

Plastic pollution is now an ever-present challenge. We can see plastics floating in our rivers, ocean, and lagoons, littering our landscapes and affecting our health and, the future of billions of children and youth. We have all contributed to this problem – mostly unknowingly – and we must work to reduce and ultimately to End Plastic Pollution.

Earth Day Network (EDN) is encouraging consumers to join the fight to reduce plastic pollution as part of its End Plastic Pollution campaign for Earth Day 2018. You first need to know where you stand, while the plastic pollution calculator will help you determine your total yearly consumption of disposable plastic items.”

The 5 Rs
The Plastic Pollution Primer and Action Toolkit will help consumers determine actions they can take to reduce their plastic pollution footprint around the 5 Rs: “Reduce, Refuse, Reuse, Recycle and Remove”.

Get the Plastic Pollution Primer and Action Toolkit HERE