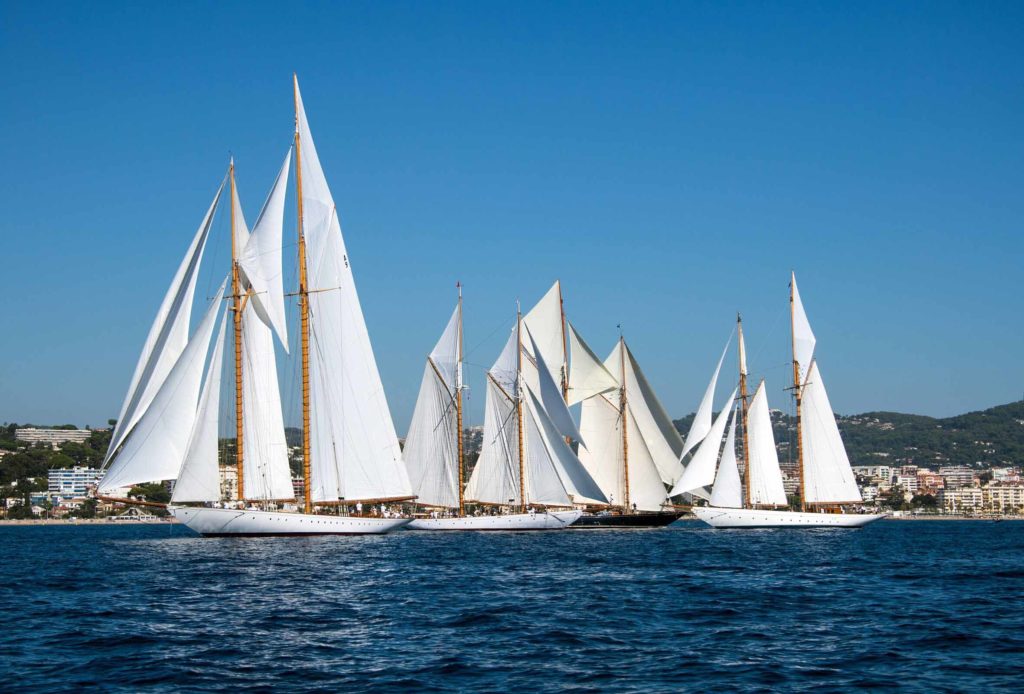 There is absolutely no good reason for this to be of interest to local sailors other than there are some stunningly good looking boats to look at.

So if you don’t read this blurb, feast your eyes on the great pics.

The grace, power and complexity of classic schooners engenders great passion in all who see these wonderful examples of naval architecture, mostly heralding from that golden age of yacht construction in the first decades of the 20th century. In recent years many of these yachts have been beautifully restored, or replicas have been built, with painstaking attention to historical detail and with no expense spared.

These yachts have been taking part at classic yacht regattas, but here they face the difficulty of having very different sailing characteristics compared with other classic yachts. This leaves them at a disadvantage under most current rating systems. 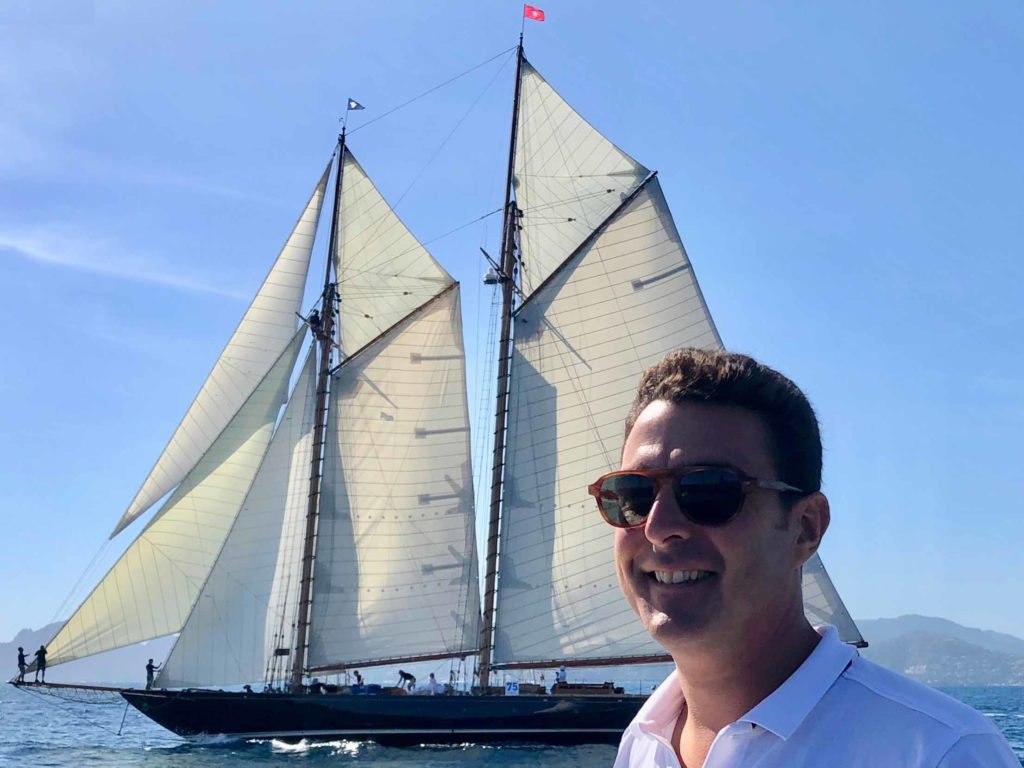 Tomas de Vargas Machuca with the 42m Herreshoff-designed Mariette of 1915 behind.

Schooner owners do not come more passionate than Tomas de Vargas Machuca, who owns not one, but two, of these famous vintage craft. A new initiative, nurtured by his enthusiasm and that of his captain Simon Pandolfi, is the formation of the International Schooner Association.

Last week, at the 40th edition of the Régates Royales in Cannes, there was possibly the greatest group of classic schooners gathered together in modern times. 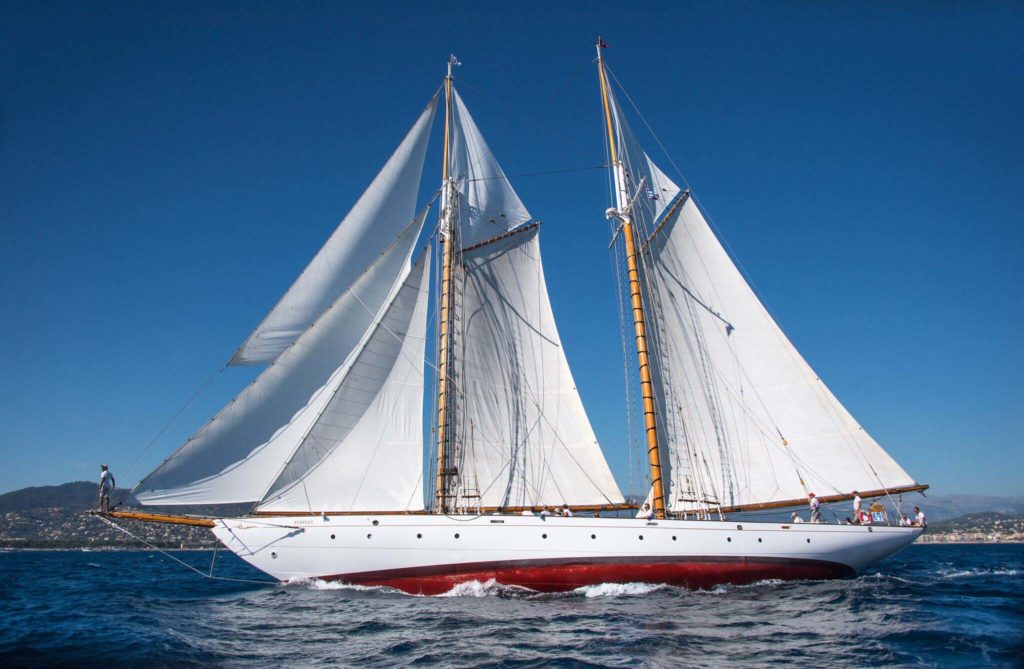 On the night of 28 September a reception and dinner were held by de Vargas Machuca aboard his yacht Puritan attended by owners or representatives of 12 schooners in order to launch the new Association.

The articles were presented and signed. Ten schooner owners are fully committed, while others have so far expressed strong interest.

The intention is for the Association to run events specifically and exclusively for classic schooners. The hope will be to build a programme and a series such that, as well as individual regatta prizes, there can be an annual perpetual trophy awarded to the ‘Schooner of the Year’. 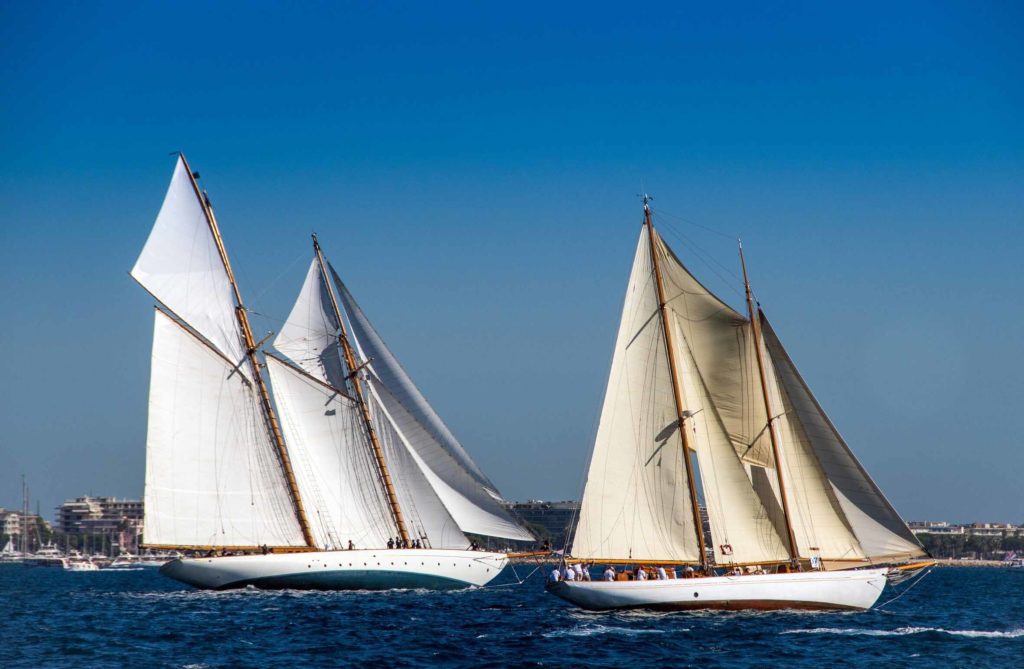 Puritan lines up with the 26m Bermudan staysail schooner Orianda, built in 1937.