After ‘Apivia’ coasted to a moonlit victory in the IMOCA class 15 hours earlier, the Bay of All Saints witnessed one of the closest podium finishes in the history of the Transat Jacques Vabre 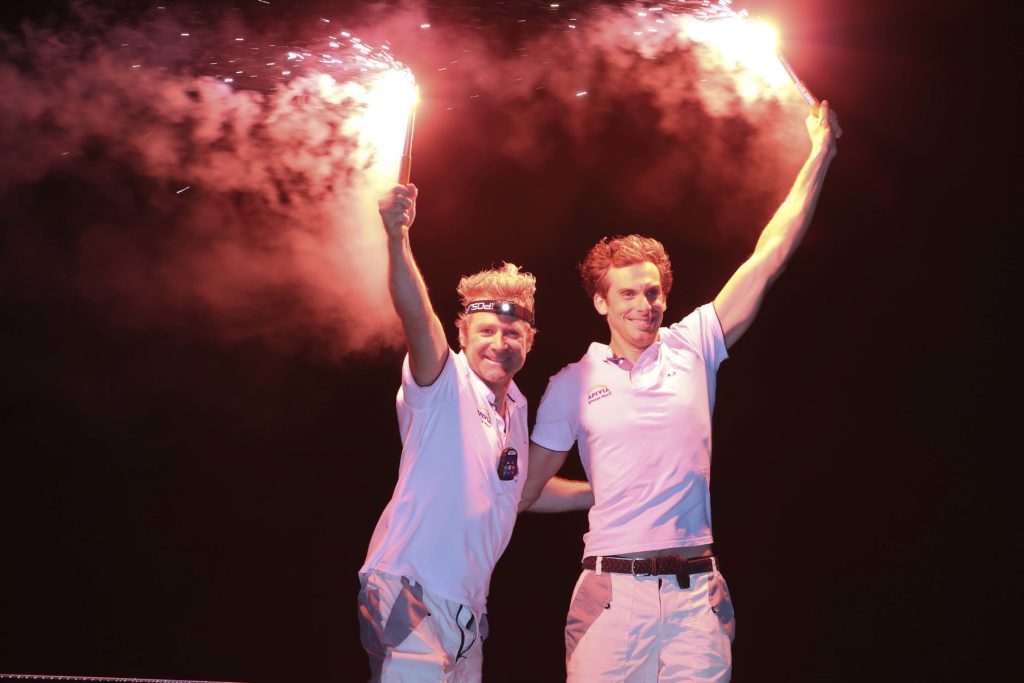 1st. Charlie Dalin and Yann Elies celebrate with flares after winning the Imoca category of the Transat Jacques Vabre 2019.
Photo by Jean-Marie Liot/Alea

‘PRB’ held off ‘Charal’ to take second place by just six minutes and 18 seconds, little over a mile after both had covered over 5,000 from Le Havre since the start a fortnight ago.

Kévin Escoffier and Nicolas Lunven on their 60ft monohull, ‘PRB’, built in 2009, but upgraded with foils in 2018, had the latest-generation foiler and red-hot favourite at the start, ‘Charal’, breathing down their necks all the way along the coast of north-east Brazil. The gap closed to just over a mile, but as it went soft – an unstable 6-8 knot westerly, in the approach to the Bay of All Saints, ‘Charal’s’ advantage evaporated and they could not find a way past.

The 39-year-old Escoffier, from one of the most famous sailing families in France, must have drawn on all of his experience, as a winner of the Volvo Ocean Race last year, the Jules Verne Trophy in 2012 and of the 2005 Transat Jacques Vabre in the Multi50 to hold on.

Not for nothing is this biennial double-handed race heralded as the longest and toughest transatlantic race in the calendar.

For Jérémie Beyou, the winner of this race in 2013, and Christopher Pratt the last three days have marked a great comeback from sixth place and evidence of the speed of their boat, but it was not the podium place they were hoping for.

As close as this chase was, the race will be remembered for their spectacular stall in the Doldrums – one of the most extraordinary in the history of offshore racing.

‘Charal’ was 120 miles ahead of ‘Apivia’ when they entered the Doldrums at around 07:30 on November 5. At times they completely stopped as ‘Apivia’ redirected 50 miles east and flew by, almost without pause. Every time they had looked like finally escaping the clutches of the Inter Tropical Convergence Zone, they were sucked back in.

‘Apivia’s’ early acceleration in the trade winds meant that even when ‘Charal’ was out of the Doldrums on November 8, they continued to lose miles, peaking at being 302 miles behind at the 19:00 (UTC) ranking on November 8 – a total loss of 422 miles. 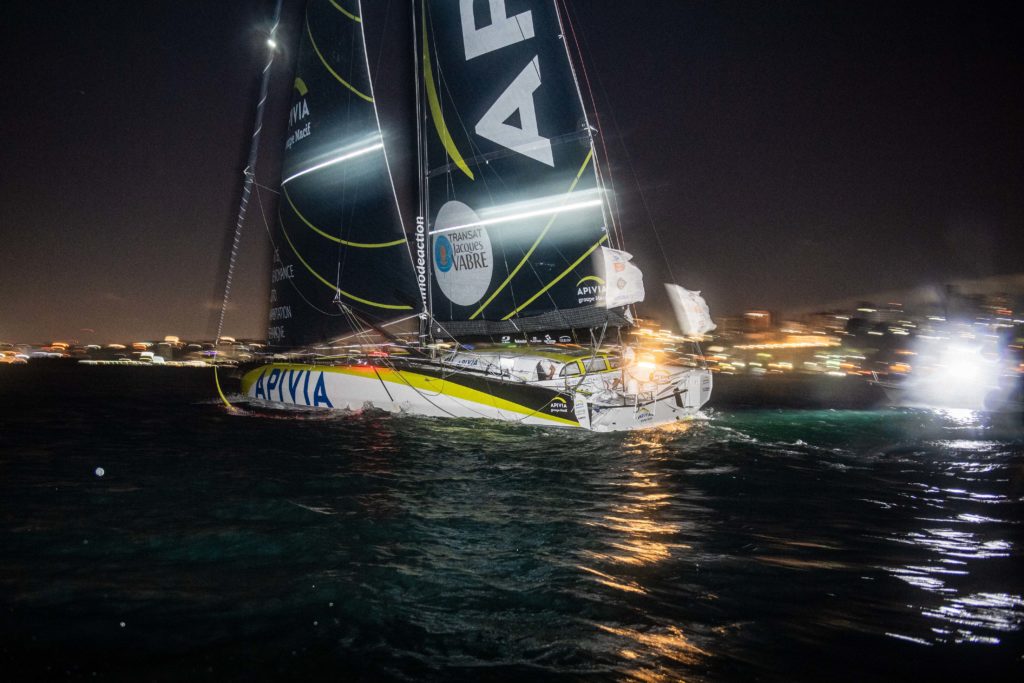 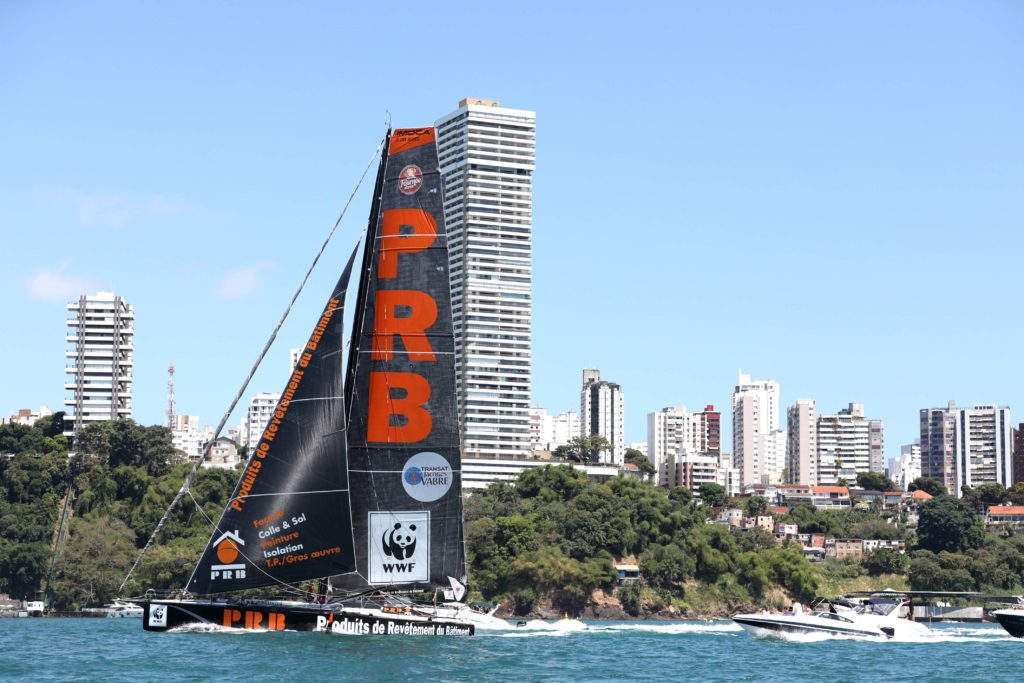 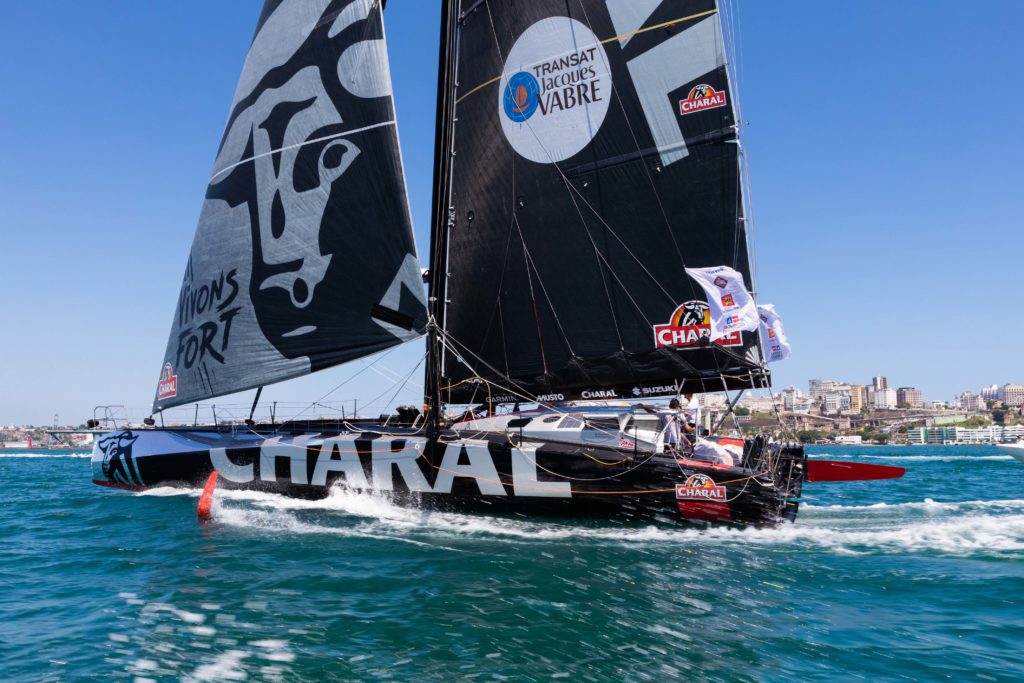