How Strong is Your Favourite Knot? 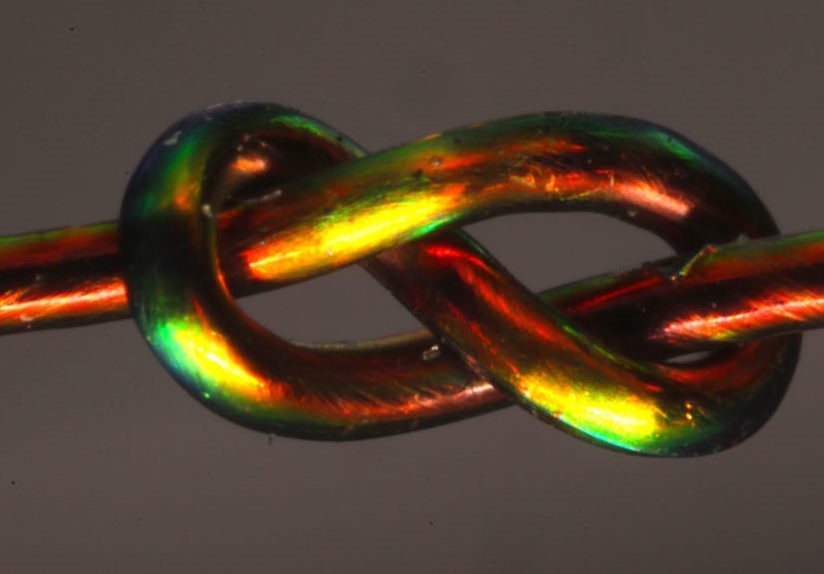 How secure is your Favourite knot? “Although knots have been around for thousands of years,” says applied mathematician Vishal Patil of MIT, “not much is known about why they work the way they do.”

Scientists at MIT have invented a new type of stretchable fibre that changes colour in response to strain or pressure. According to NPR and the journal Science, a team at MIT used this new fibre to tie simple knots. Then the team observed the colour changes to understand what was going on. They used this information to fine-tune computer simulations and discover why some knots work better than others.

Previous to this study, many believed that it was the friction between two ropes bent together that prevented slip, but this new research discovered the key feature of a great knot is twist within the core. Twist is also a reason why some knots capsize and fall apart.

In comparing diagrams of knots of various strengths, the researchers were able to identify general “counting rules,” or characteristics that determine a knot’s stability. Basically, a knot is stronger if it has more strand crossings, as well as more “twist fluctuations” —changes in the direction of rotation from one strand segment to another. Other important factors include the amount of friction in the knot and its overall complexity.

“Twist is quite important in how knots behave,” says Patil, who explained to NPR that having lots of twists going in opposite directions along the knot can kind of lock it. “But if lots of twists are going in the same direction, then the whole thing can roll out.”

The twist in a knot explains why two knots, like the granny and reef knot, perform differently. While the two look similar, the reef knot has a higher number of twist “fluctuations”, making it more stable.

Click HERE for a more detailed explanation of the science behind the research and HERE to learn more about the new type of rope used invented by Mathias Kolle at MIT.