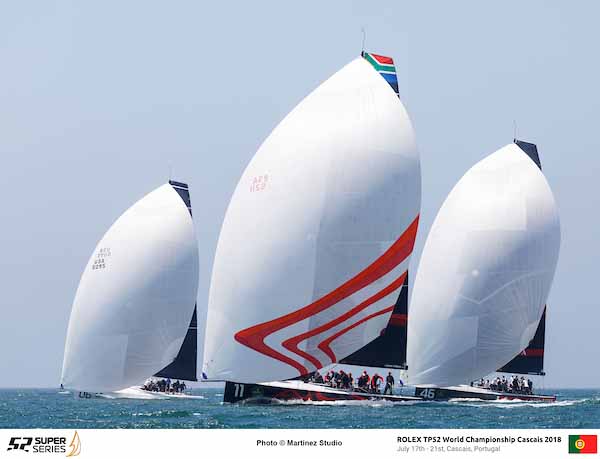 The 52 Super Series has moved to Atlantic waters off Cascais, Portugal, and any one of the nine teams competing at the Rolex TP52 World Championship would be entirely justified in harbouring a hope of winning the world title. Such is the universally high standard among the nine all-new 2018-built fleet that it would be no surprise at all if any one of these teams lift the world title.

As the circuit was bidding farewell to the gentle sea breezes, smooth water and enclosed arenas of Croatia last month, there was already of mood of anticipation building up, relishing the prospect of a return to Cascais’ open waters and brisker breezes. And as the TP52s were being de-rigged, the dockside talk in Zadar was that Cascais will really prove which team has their new boat fully sorted, and also that the sometimes tricky sea conditions will favour the pro-drivers over the owner-drivers. 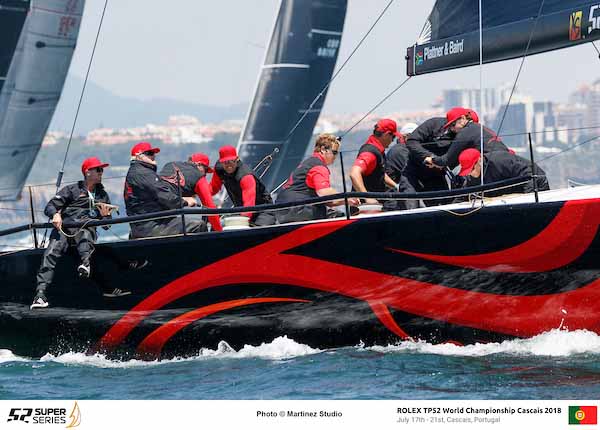 Phoenix, with Hasso Plattner at the helm, has a smattering of South Africans aboard.

Hasso Plattner returns to the helm of Phoenix for his first tilt at the Rolex TP52 World Championship, and has a smattering of South Africans aboard, and his daughter Tina as backup.

Most yachties who follow this circuit know that Tina Plattner took Phoenix to second overall in the Croatia regatta just a few weeks away.

On Monday the fleet had a welcome taste of what the forecasters promise to be a “to order” typical week of northwesterly wind and waves as the nine-boat fleet completed their Official Practice Race. 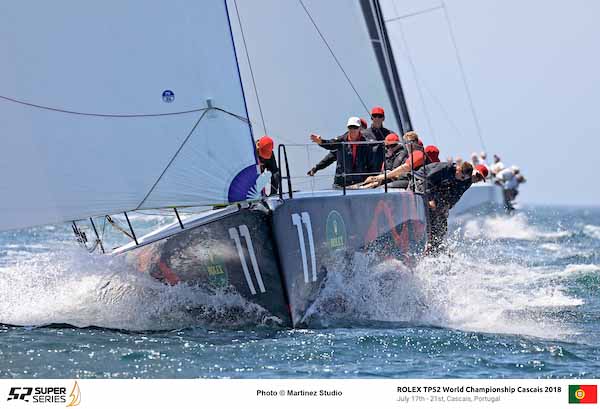 The crew of Phoenix hiking hard.

After the light winds of Croatia and the stifling temperatures that have prevailed in Northern Europe for the last few weeks, a decent brisk, cool Atlantic breeze of 15 knots with puffs up to 20knots for the practice race, which was won by five times world titlists Quantum Racing, was very welcome.

Predictions are for winds averaging 20knots for the first days with moderate sized waves.

On day 1 of the championship Cascais Delivered Vintage Champagne sailing.

If the first two regattas of the 52 Super Series season in Croatia were tactical, cerebral and subtle; about moving up and down the gears through small wind variations, choosing the right side of the course and remaining consistent despite big shifts in wind direction; as the Rolex TP52 World Championship started today, Cascais exerted a welcomed reminder of the flip-side of the racing coin – solid winds, surfing waves and big moves that require slick, accomplished crew work.

Croatia was exacting. It was the challenge of adapting to new venues. Cascais is an old friend who punishes mistakes, it is about executing perfectly on a totally familiar race course, one which everyone knows where – and when – they want to go, but only one or two boats can sail those premium fast lanes. 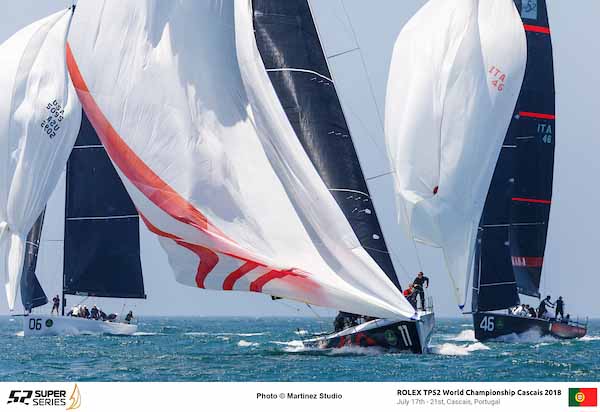 With 17 – 28 knots of typical NW’ly wind Races 1 and 2 were sailed in a building swell which, as ever, delivered downwind surfing gains that were as important as the choice of shift or wind pressure. Watching the most polished crews and the top drivers was instructive. And just as the conditions proved typical of what the TP52 fleet sailors have come to know and love about Cascais, so it is the two most seasoned and successful teams on the circuit that share the overall lead.

Azzurra won the first race and took second in the next one, but Quantum Racing lead the title charge because their score line is the mirror image of Azzurra’s. With Dean Barker on the helm, Quantum Racing were second to their old rivals in the first race, and then won the second, and so are credited with the championship lead after Day 1, on count back only.

Phoenix finished 6 & 7 in the first two races to be 6th overall.