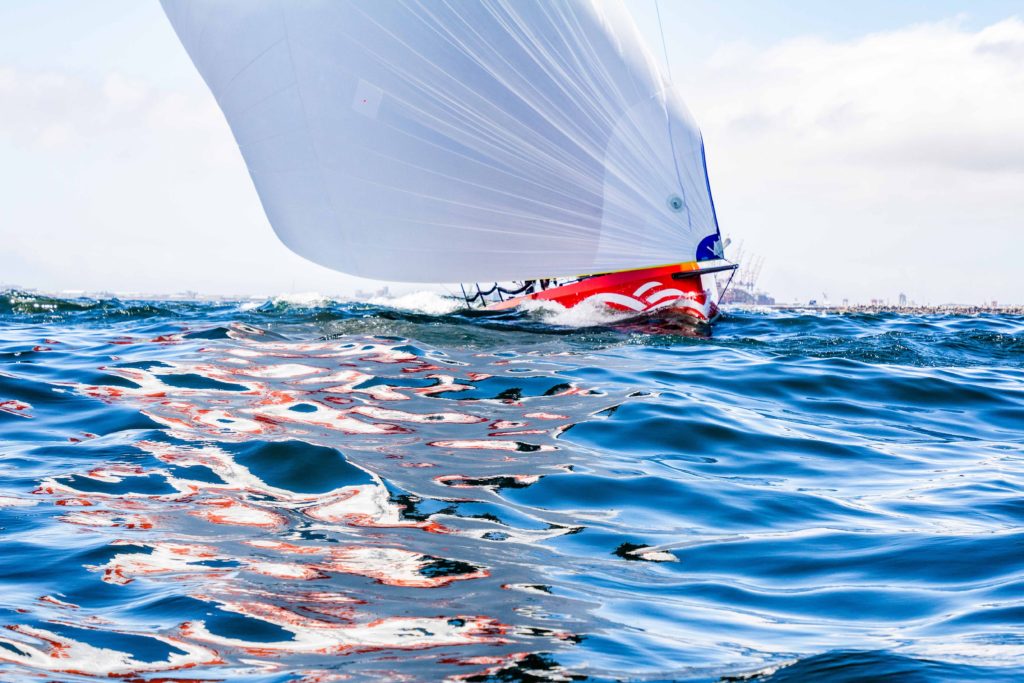 This very artistic pic of Ski, the 4th entry in the 2019 Lipton Challenge Cup was taken by Ashleigh de Villiers.

The last time that the Gordons Bay Yacht Club won the Lipton Cup was way back in 1998 when sailing off Port Elizabeth in Algoa Bay. Pete Shaw and Steve du Toit were joint skippers all those years ago.

The Lipton Challenge Cup takes on a whole new dimension this year as it is the first time that the new Cape 31 yachts will be used in the competition. Although only 10 entries are expected, these will be from some of the very best sailors in this country, such is the renewed interest in this event.