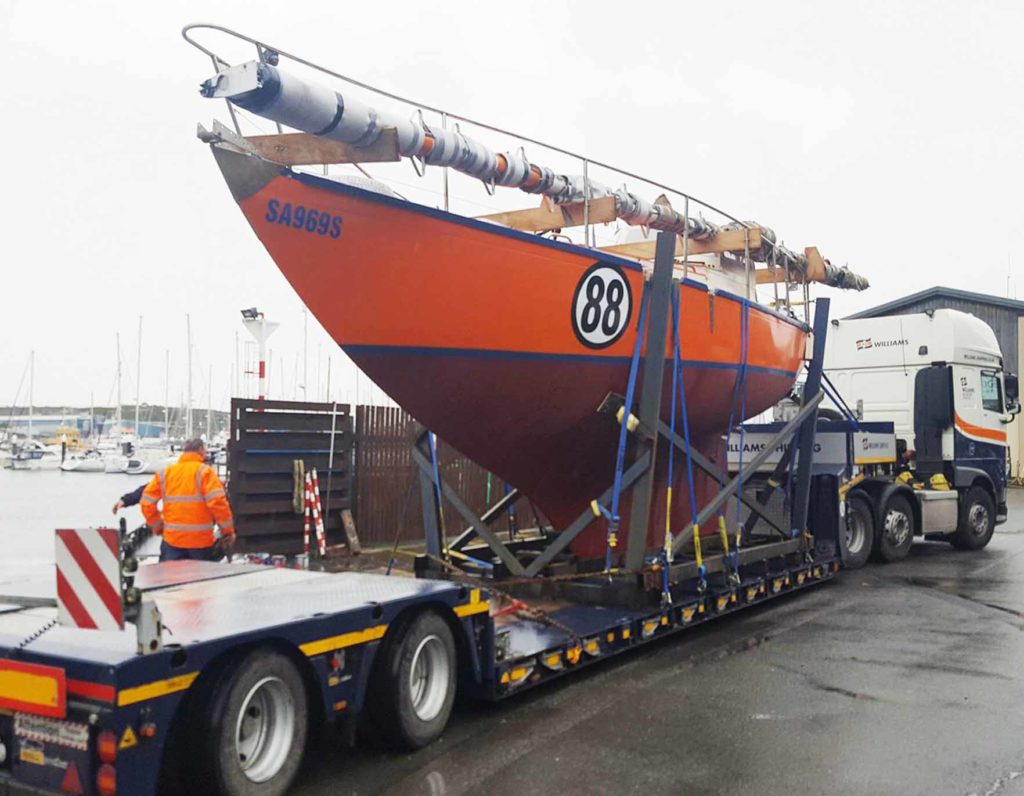 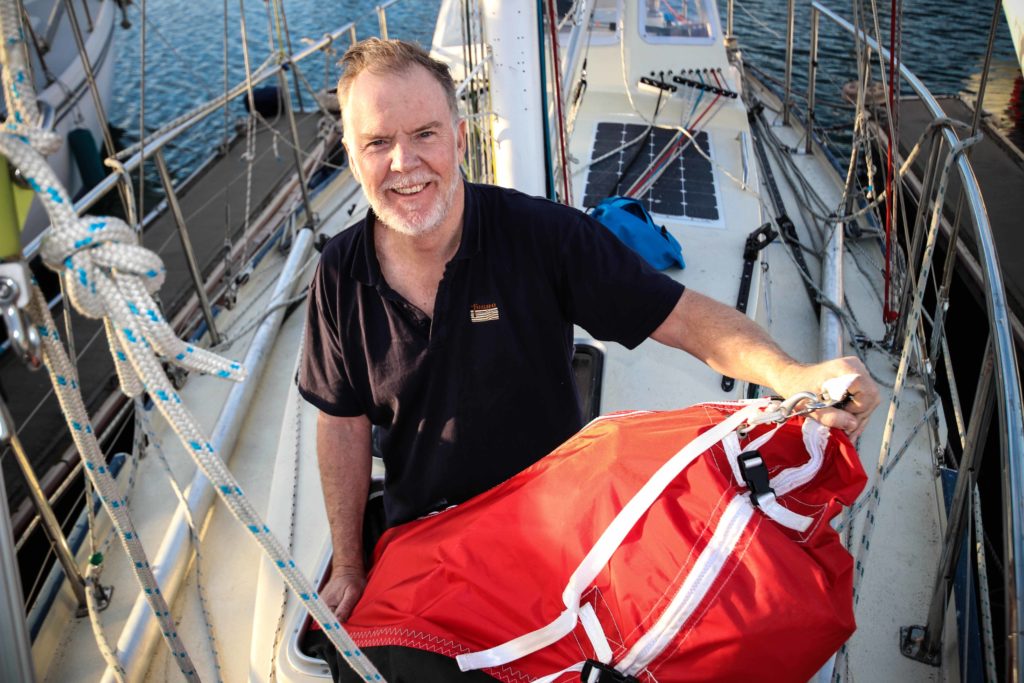 The days of South African singlehanders competing in world class races is now a distant memory, with nobody at present following in their wakes. It’s sad, but singlehanded racing is not for the feint hearted.

The Golden Globe Race starts on 1 July, and despite not having a South African entry, we do have a South African designed and built boat competing under an Australian skipper.

The boat is Coconut, a Lello 34, and she is being sailed by Mark Sinclair.

Coconut is a strong, seaworthy Lello 34 class yacht with a narrow beam and traditional long keel. She was built in Durban**, South Africa in 1980. Long before Sinclair acquired her, Coconut had already circumnavigated the globe, combining a cruise in the Mediterranean and through the Pacific Islands before returning to South Africa.

(** ED. I am not aware of Henry Vink having built yachts in Durban, so it may well have been built in the greater Johannesburg area, and launched in Durban.) 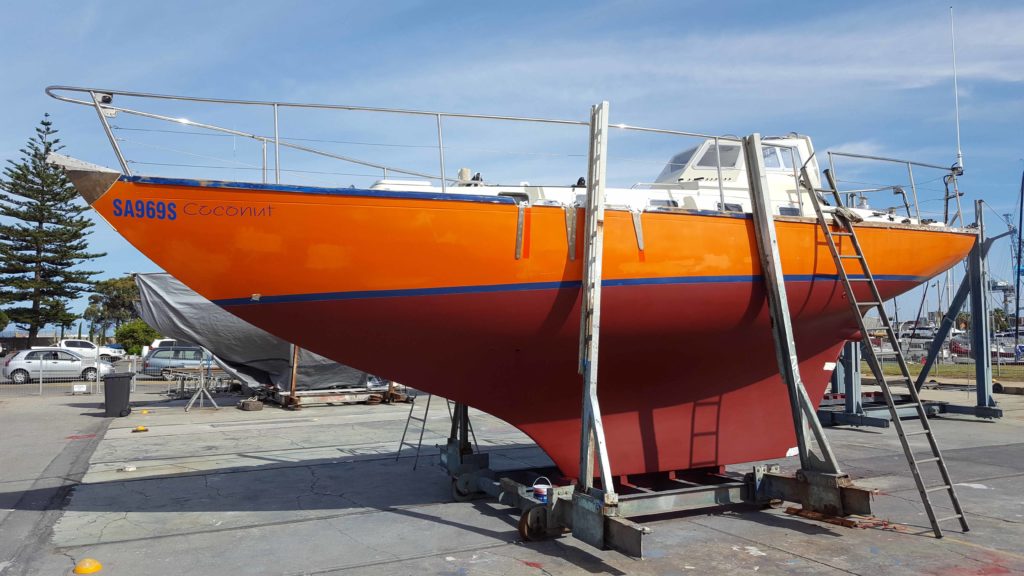 Golden Globe Race – Coconut and the unmistakable lines of the Lello 34.
pic by Mark Sinclair/GGR/PPL

When Sinclair saw a YouTube video of her sailing in the Roaring 40s from Africa to Adelaide, he was so impressed that he sold his yacht Starwave and purchased Coconut for his entry in the 2018 GGR.

Although of sound design, a significant refit was required to prepare Coconut for the race. This included building internal hanging knees to strengthen the hull, deck and coach house for the rigours of the Southern Ocean, fitting an aluminium watertight door, new hatches and windows, new chainplates, rigging, sails, electrics and safety equipment.

The original mast was completely stripped back and converted from a single to two-spreader rig for additional strength and all fittings were rebuilt. The original Aries windvane and Farymann 22hp diesel are retained and refurbished.

Coconut was shipped to Europe in January 2018 and from the start of May, Sinclair set up base camp at Plymouth Yacht Haven, to conduct final preparations for the start of the GGR.

Competitor Profile
Mark Sinclair has always been passionate about sailing and the sea. In 1968, at the age of 10, he started sailing, at the time when Sir Robin Knox-Johnston departed to become the first to complete a non-stop solo circumnavigation. 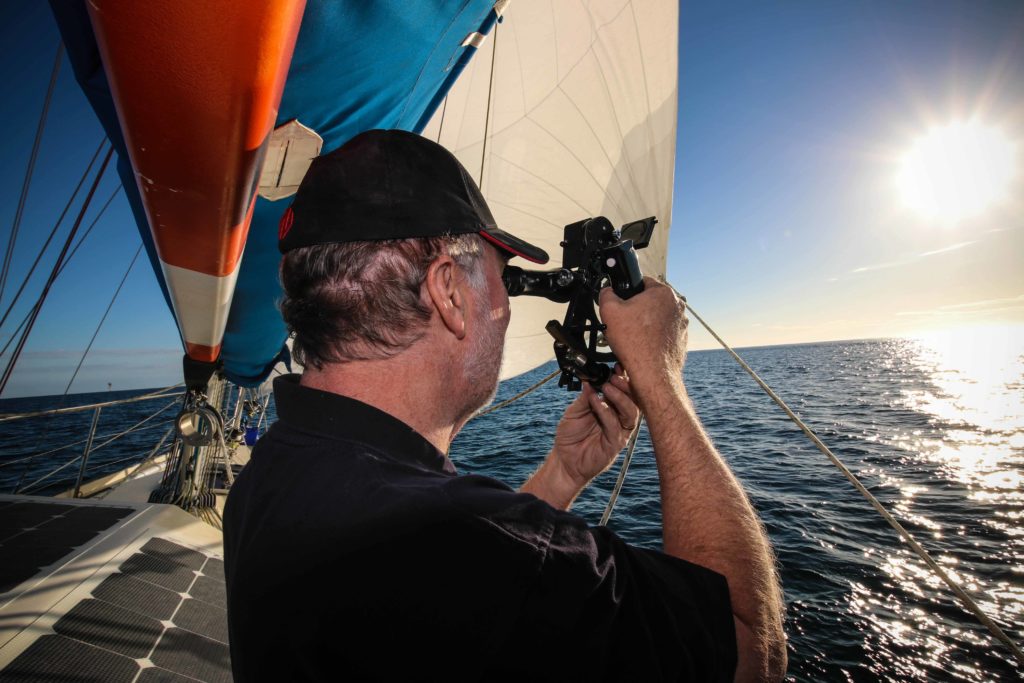 Before entering the GGR, when on leave from work, Sinclair typically sailed his S&S 41 Starwave single-handed around remote areas of Australia.

Sinclair’s professional background includes hydrographic surveying of remote areas in ships, small boats and aircraft. He served 20-years in the Royal Australian Navy, commanding three ships and navigating four, at the time when celestial navigation by sextant was still the primary means of offshore navigation. He retired from the RAN as a Commander in 1996.

Sinclair currently works as the Director of Fugro’s Hydrographic Services in Asia-Pacific and conducts hydrographic surveys worldwide. Sinclair is married with three children.