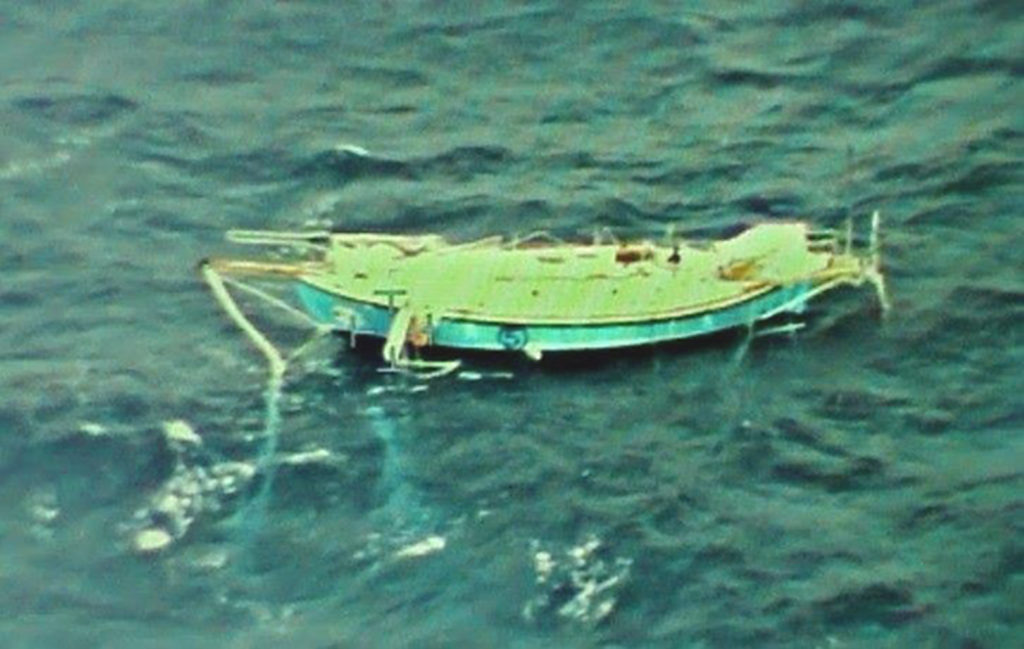 The Indian yacht THURIYA, dismasted in the South Indian Ocean 1,900 miles south west of Perth, Western Australia. Solo skipper Abhilash Tomy suffered a serious back injury when the yacht was rolled through 360 degrees on Friday 21st Sept, which had led to a multinational rescue operation.
PIC BY Indian Navy/PPL/GGR

A multinational search operation is now under way to rescue injured Indian solo sailor Abhilash Tomy from his dismasted yacht in the Southern Ocean some 1,900 miles SW of Perth at the extreme limit of immediate rescue range.

The 39 year old yachtsman was lying in 3rd place in the Golden Globe Race when he and fellow competitor, Irishman Gregor McGuckin were overtaken by a 70 knot storm and 15 metre seas on Friday. Tomy’s ketch rigged yacht ‘Thuriya’, was rolled through 360° and dismasted and the skipper suffered a back injury that has left him immobile.

McGuckin’s yacht ‘Hanley Energy Endurance’, was also dismasted 90 miles to the SW of Thuriya, is the nearest vessel. The Irishman, who suffered only minor injuries, has since set up a jury rig and is making 3 knots towards Tomy’s position aided by continuous navigation updates from Race HQ in Les Sables d’Olonne. He is expected to reach the Indian’s position at first light today (Monday).

The Positions of Tomy and McGuckin’s yachts at 12:00 UTC together with fellow GGR skipper Uku Randmaa, 400 miles to the west.

Gregor is unable to start his engine due to contaminated fuel, so intends to attempt to remain upwind of ‘Thuriya’ with the aid of his sea anchor, and keep a continuous watch of Tomy’s yacht. Weather permitting, he may be asked by the Joint Maritime Rescue Coordination Centre (JMRCC) in Canberra to abandon his own yacht and board Thuriya to provide immediate assistance to the injured yachtsman.

Telemedicine doctors MSOS in the UK would then be able to speak directly to Abhilash via Gregor’s satellite phone and suggest appropriate first aid as well as advise JRCC of his condition to help forward planning.

The French fisheries patrol vessel ‘Osiris’, which carries medical support, is making her way from a position 123 miles south, but experiencing adverse seas and making only 4.1knots. She is not now expected to reach the area before 10:00 UTC today (Monday).

Overnight Saturday, an Indian P8 Orion military plane out of Mauritius overflew ‘Thuriya’ to assess the yacht’s condition. Photographs taken by the crew show the yacht dismasted with her rig still attached to the hull acting as a sea anchor, and slowing her drift westwards.

Abhilash Tomy, who has reported severe back injuries, is unable to move from his bunk, but heard the plane fly overhead and acknowledged this by turning his emergency beacon off and on.

Two further planes, one outbound from Perth, and an Australian Defence Force P8 Orion operating from Reunion Island also overflew the two yachts a few hours later and managed to communicate directly with McGuckin. JMRCC in Canberra, which is organising this multinational rescue with Indian and French authorities, can now position aircraft overhead during any rescue operations on the water.

The Australian authorities have also despatched the Anzac class frigate ‘HMAS Ballerat’ from Fremantle overnight. She is due to reach the area around 23:00UTC on Sept 27. The Indian Navy has also diverted the frigate ‘INS Satpura’, and tanker ‘INS Jyoti Mission’ from exercises off South Africa to assist in the rescue. 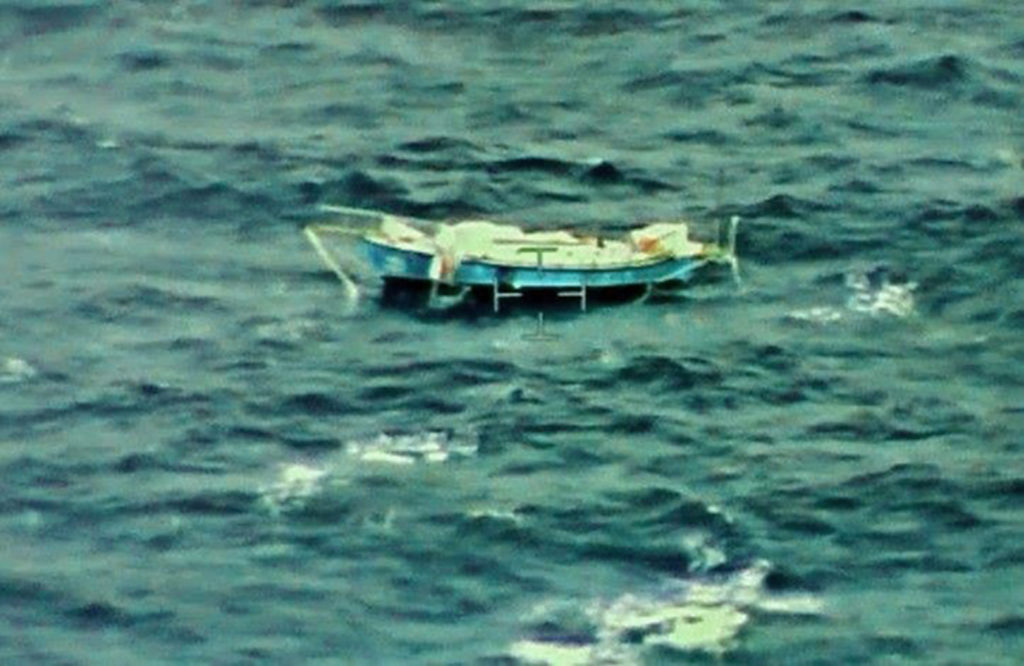