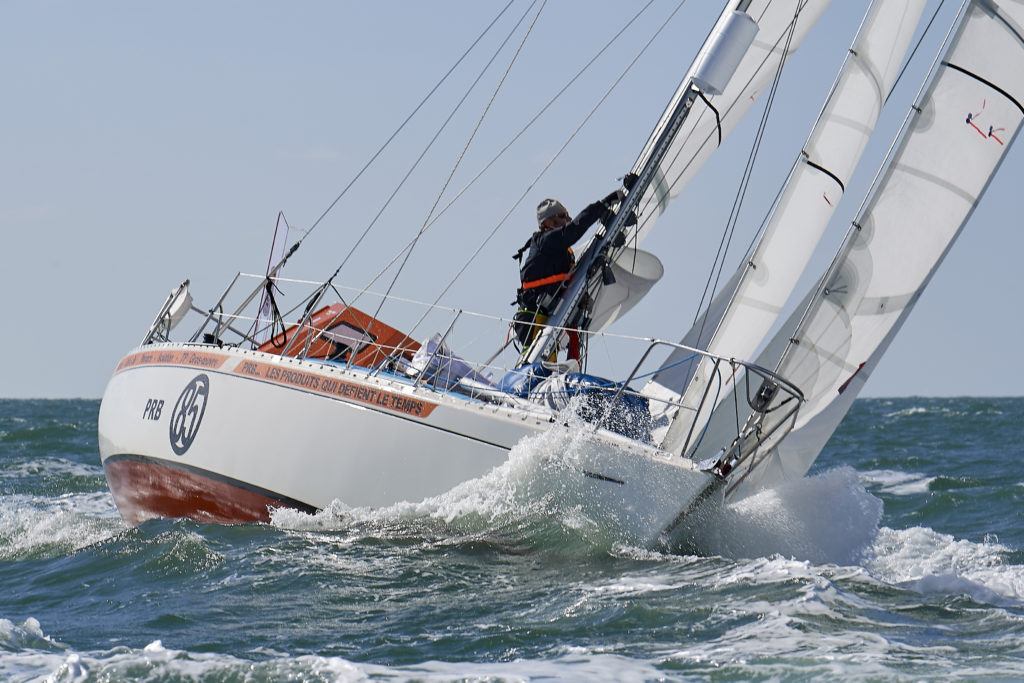 Philippe Péché made an emergency call to the Golden Globe Race HQ to report that the tiller on his Rustler 36 yacht PRB had broken in 45 – 50 knot winds and he had no steering.

The Frenchman, who was lying in second place, reported that he had dropped all sail and was leaving the yacht to drift until the winds abate before assessing his options. He told race organisers last night that the spare parts he carried for the special telescopic alloy tiller fitted on PRB had already been utilised to repair the self steering system on the yacht.

PRB is currently in mid Atlantic, some 1,500nm west of Cape Town, the nearest port. Péché said that he was in no immediate danger, but two other competitors, race leader Jean-Luc Van Den Heede (Matmut) and Dutchman Mark Slats (Ohpen Maverick) are close, with the rest of the fleet following up behind.

Don McIntyre, the Race Chairman said today, “Philippe Péché has told us that he is in no immediate danger. His yacht is very seaworthy and he is a highly experienced sailor with two previous circumnavigations under his belt. We are continuing to monitor the situation but expect the current gale to blow through within the next 24 hours when he hopes to fashion another tiller.

He also made a satellite call to his partner, not allowed under the GGR rules, which relegates him to the Chichester class and is now out of the GGR Rankings.”

Jean-Luc Van Den Heede who is riding the same strong winds, also reported problems with the self steering on his Rustler 36 Matmut. A bolt sheered under the strain of steering the yacht downwind in the strong conditions, but he was able to replace it.