Golden Globe Race. Leaders Break Out of the Doldrums

Philippe Péché is first to tack into the South East Trades.
For latest positions go to: www.goldengloberace.com/livetracker/

The last few days has seen frustration sweep across the entire Golden Globe Race fleet as these solo circumnavigators experience the intense heat and humidity of the Tropics while trying to escape the clutches of the Doldrums. But today, the leaders at least can turn the page as they hit the refreshing South East Trades and extend their lead on the remainder of the fleet.

French leader Philippe Péché (Rustler 36 PRB) was first to tack on to port and head south west. Early today. Second placed Jean-Luc Van Den Heede (Rustler 36 Matmut), 50 miles away, was still on starboard, but expected to tack soon along with Dutchman Mark Slats (Rustler 36 Ohpen Maverick). The question now is how close they should sail into the new winds to loop round the Cape of Good Hope without running into the South Atlantic High pressures system.

Back in the days of the great clipper ships, the traditional route was to set a course with freed sheets across towards Brazil and enter the Roaring Forty latitudes of the Southern Ocean mid-way across the Atlantic, but the GGR yachts all have close-winded rigs that give these skippers the option to continue almost due south and gain a considerable mileage advantage.

Péché, Van Den Heede and Slats are already a week ahead of Sir Robin Knox-Johnston’s average daily distance 50 years ago and on par with Moitessier’s time in his larger 40ft Joshua. 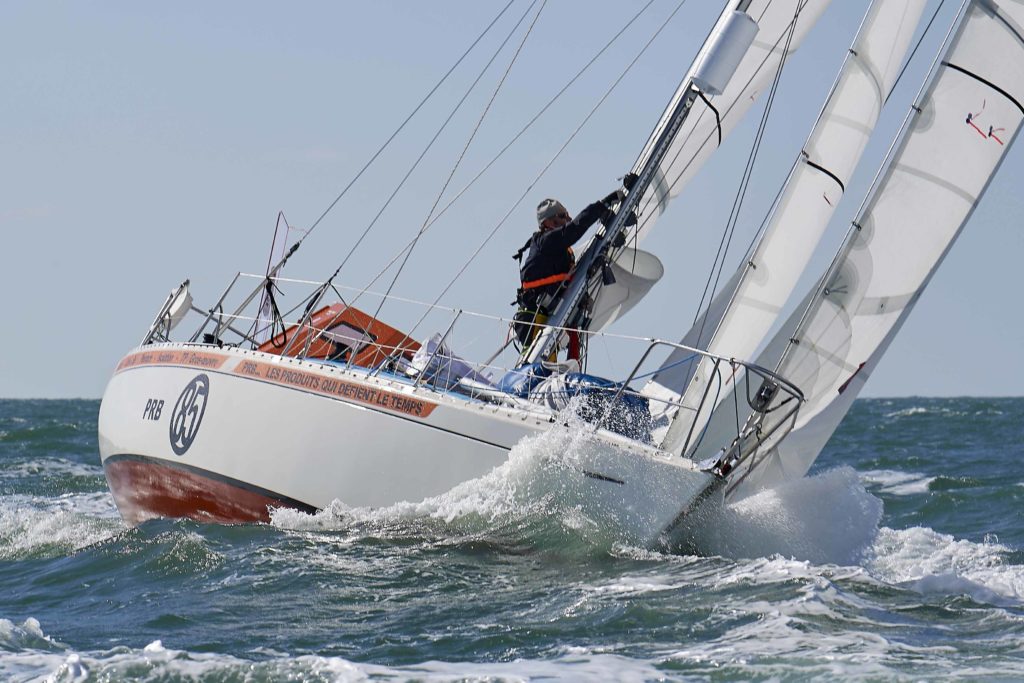 Speed however is subjective. These GGR sailors are expecting to be at sea for between 240 – 300 days, a far cry from the 40 days 23 hours 30 minute outright record set by Francois Joyon and his crew in their giant trimaran IDEC Sport back in 2017. Race leader Philippe Péché who was one of the crew aboard Loïck Peyron’s record setting trimaran Banque Populaire V back in 2012 reflected on this last week: “Day 18. I am off Dakar. We were off Cape Leeuwin (SW Australia) on this day.”

On Saturday, Italian Francesco Cappelletti, who missed the start from Les Sables d’Olonne back on 1 July, finally set out to chase after the leaders only to find himself caught in a huge area of calm extending right across the Bay of Biscay. He is sailing his Endurance 35 007 in the Carozzo Class, for those keen to continue the adventure after dropping out of the main event.

Early today, American/Hungarian Istvan Kopar also stepped down a class after calling in to Sao Vincente in the Cape Verde Islands to repair or replace the wind vane self-steering on his Tradewind 35 Puffin. He now joins Frenchman Antoine Cousot (Métier Intérim) in the Chichester Class for those who make one stop.

Behind the leaders, Britain’s 5th placed Susie Goodall (Rustler 36 DHL Starlight) was expressing her frustration with a message to Race HQ: “Can’t escape this heat. Need some breeze!”

And behind her, Estonian Uku Randmas (Rustler 36 One and All) now in 7th position, summed it up with: “Yesterday I parked my car. Today, start from same place.”

Ireland’s Gregor McGuckin (Biscay 36 Hanley Energy Endurance) who took the opportunity to go for a swim last Friday, was keeping his spirits up fishing: “tuna for breakfast! Hook to pan in 15mins. Delicious” 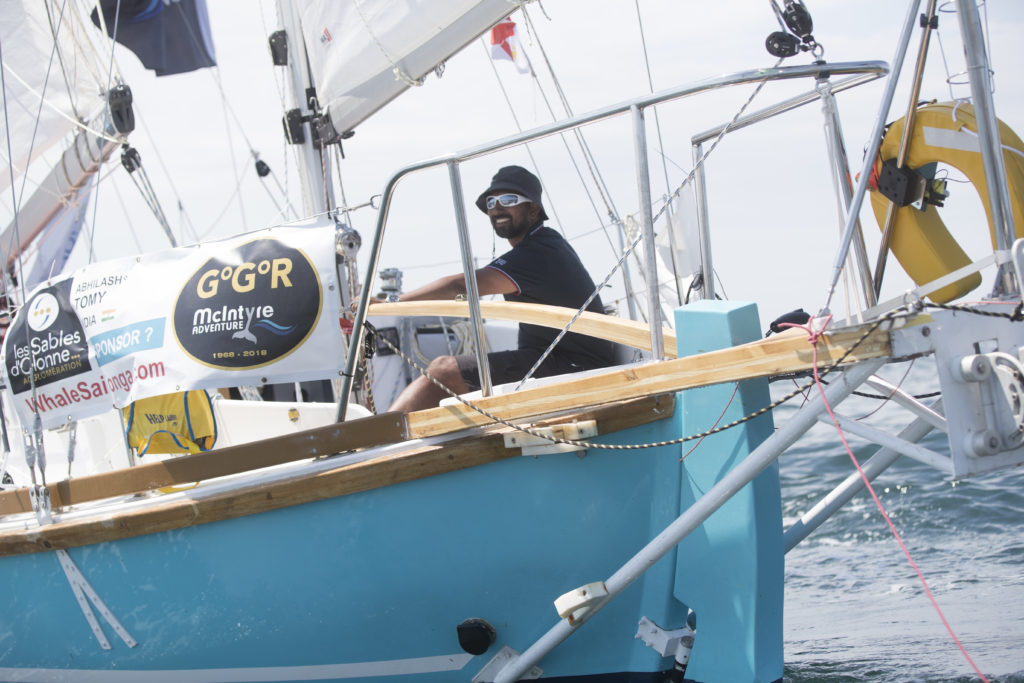 Competitors are allowed to use the engines for propulsion, but like Abhilash Tomy (IND) on his Suhaili replica Thuriya, must balance their limited fuel supplies against the need to charge batteries when down in the Southern Ocean.
Pic by Tim Bishop/PPL/GGR

Indian Abhilash Tomy sailing the Suhaili replica Thuriya back in 10th place, became so frustrated that he sailed due west for a few hours on Friday and has since passed the Cape Verde Islands on the opposite side to the leaders. This morning, he is still in calms but moving south at 5knots, presumably under engine power, sacrificing some of his precious 40 gallons supply of fuel to find new wind.