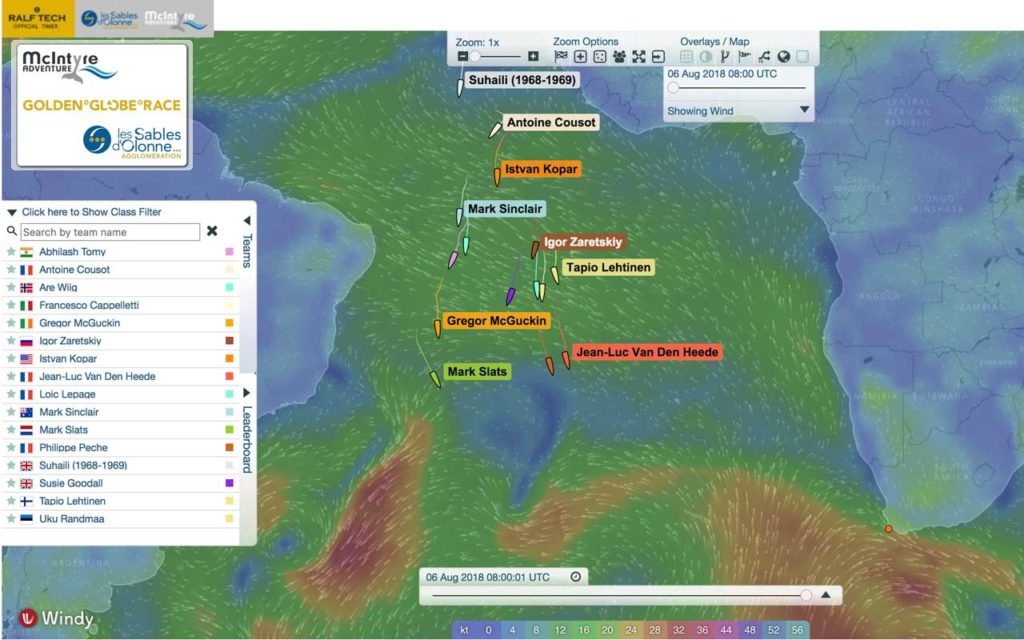 This week should determine who leads the Golden Globe Race. Forget the computer standings. As this fleet of singlehanders bash their way through the South East Trade winds towards the Roaring Forty latitudes of the South Atlantic, all eyes are on the South Atlantic High pressure system and the effect this will have on the leaders.

Dutchman Mark Slats sailing the Rustler 36 Ohpen Maverick may be back in 11th on the leader board, but is the furthest south on the same latitude as Vitoria Brazil, having taken an extreme easterly course to skirt around the High, whereas fellow Frenchmen Jean-Luc Van Den Heede (Rustler 36 Matmut) and Philippe Péché (Rustler 36 PRB) are taking a more central route down the Atlantic.

Van Den Heede moved into the lead over the weekend simply by virtue of being closest to the computer lay line between the Cape Verde Islands and the Cape of Good Hope. He and Péché are 100 miles apart in terms of longitude and Péché is 37 miles further south, but both are caught on the western side of the High and running into light airs. 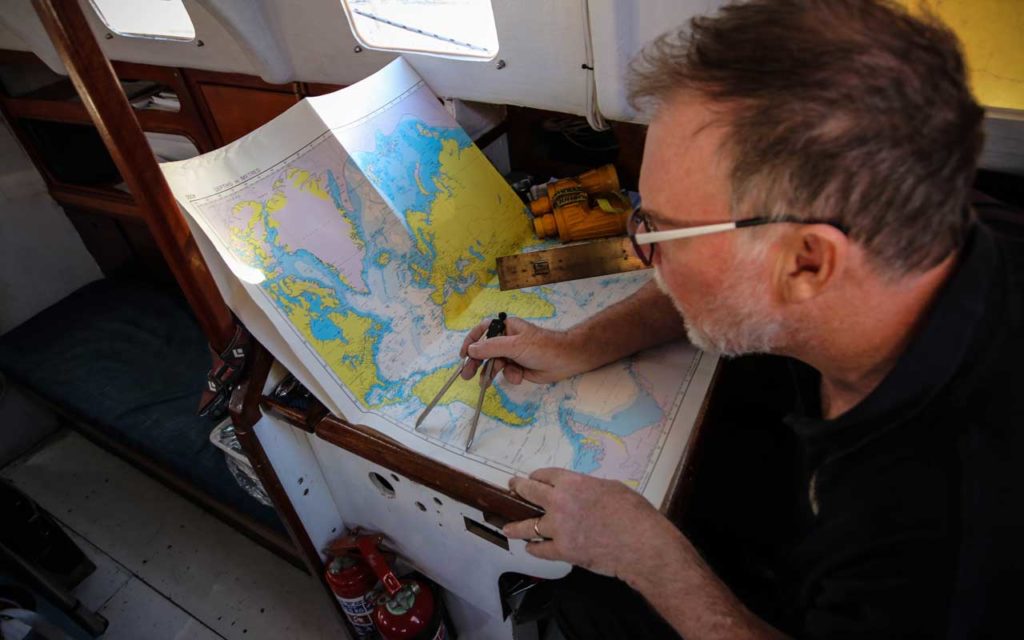 Slats, almost 800 miles west of the leader, is now experiencing a stronger, more favourable northwesterly airstream and making 7 knots – 1.5 knots faster than his rivals. “ALL OK, NICE WINDS AND I CAN MAKE SOME EAST JE’HA!” He messaged Race HQ on Sunday.

For some, the past week has been one of niggles. McGuckin and American/Hungarian Istvan Kopar (Tradewind 35 Puffin) have suffered broken halyards, which have meant climbing to the top of their masts to replace them.

Frenchman Antoine Cousot (Biscay 36 Métier Intérim) now relegated to the Chichester Class following his stop in the Canaries, twisted his ankle while changing headsails on the foredeck. He also reported engine issues, a problem shared by Lehtinen who messaged on Saturday that his new engine with just 49 hours of running time stops after 5 seconds. The Finn is also struggling with power from the many solar panels on Asteria which instead of producing 300 watts are generating just 3 watts. 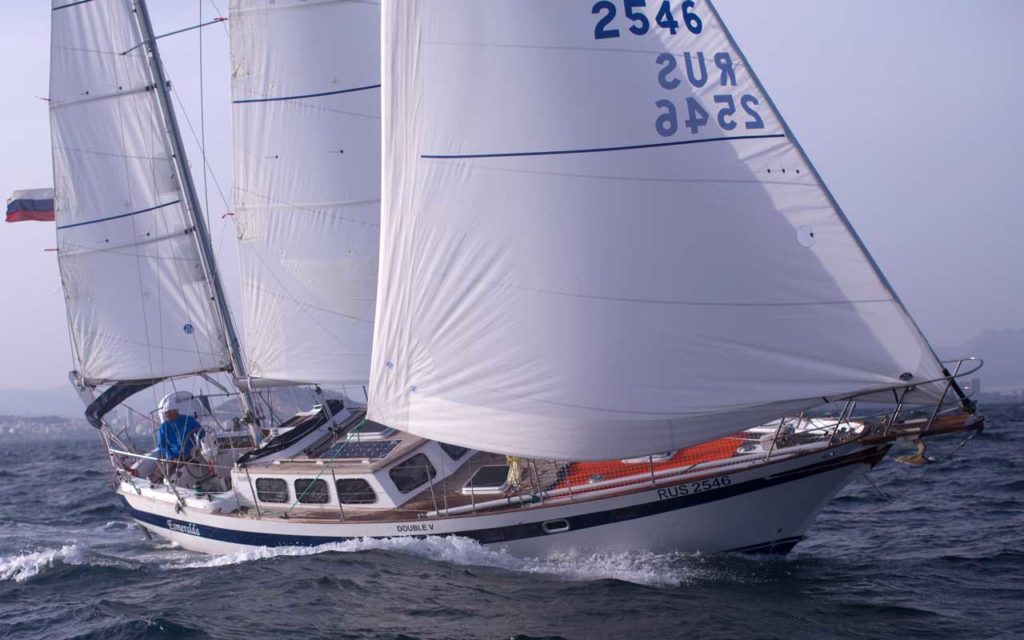 Race leader Jean-Luc Van Den Heede has been suffering similar problems with some of the solar panels on Matmut, but still has his water generator and engine to keep batteries charged.

Igor Zaretskiy, who had to make major repairs to the mainsheet system on his Endurance 35 Esmeralda, a week ago, has been suffering from steering issues over the weekend. The Russian complained that he could only turn the wheel one way and had to employ the mizzen sail in order to tack the boat through the wind.

Mark Sinclair has also been using nature’s forces to help with the mechanics aboard his yacht Coconut by changing headsails in heavy winds by trailing the halyards behind the boat to hoist the new sail. Ever cheerful, Sinclair reported overnight: “Flying fish gliding off either bow as coconut thunders south”.

Water is now becoming an issue. While gale force winds and squalls have been a continuing thread since crossing the Equator, they have not been accompanied by the usual rain showers in the South East Trades or in the Doldrums. Most skippers have consumed around 100 litres during the first month and now the priority is to collect fresh water to supplement their meagre supplies.