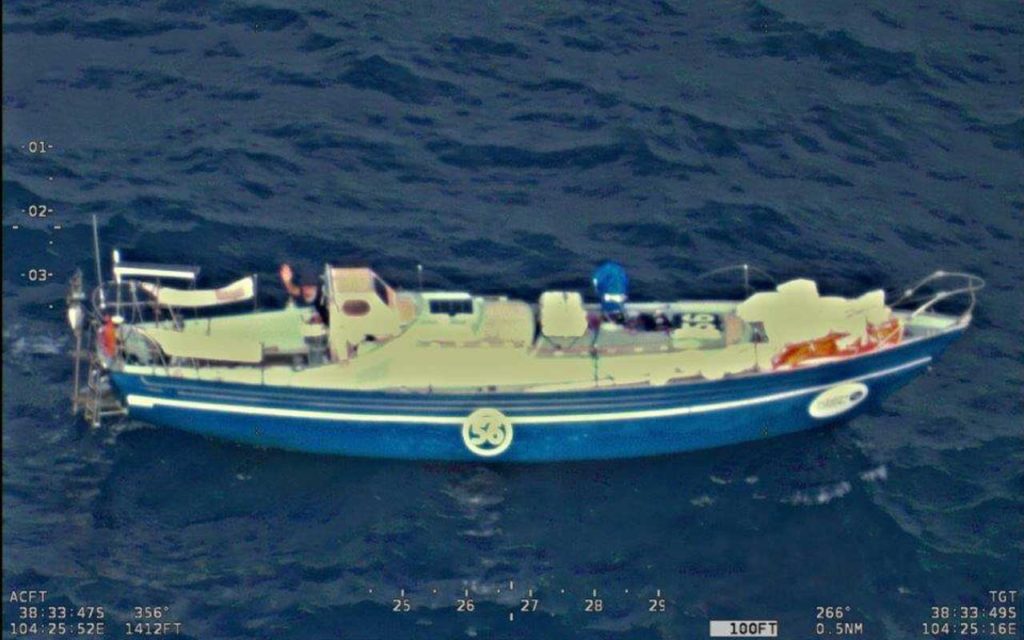 A final view of the stricken yacht after being rescued.

French solo yachtsman Loïc Lepage has been successfully transferred from his dismasted yacht ‘Laaland’ by the Japanese bulk carrier ‘Shiosai’.

The rescue, which took place in the South Indian Ocean some 670 miles SW of Perth Western Australia, commenced shortly after first light once the Australian P-8A search and rescue plane was overhead. Members of the ‘Shiosai’ crew were lowered down in the ship’s recovery vessel, and though the rolling swell presented a few challenges, Lepage was plucked from his yacht and successfully transferred to the ship.

Francis Tolan, skipper of the S/V ‘Alizes II’, a Beneteau Ocean 43 competing in the Long Route solo circumnavigation who also came to the aid of Lepage, was released from search and rescue tasking and sincerely thanked by both the Golden Globe Race Organisers and the Australian Joint Rescue Coordination Centre in Canberra, which oversaw the operation. 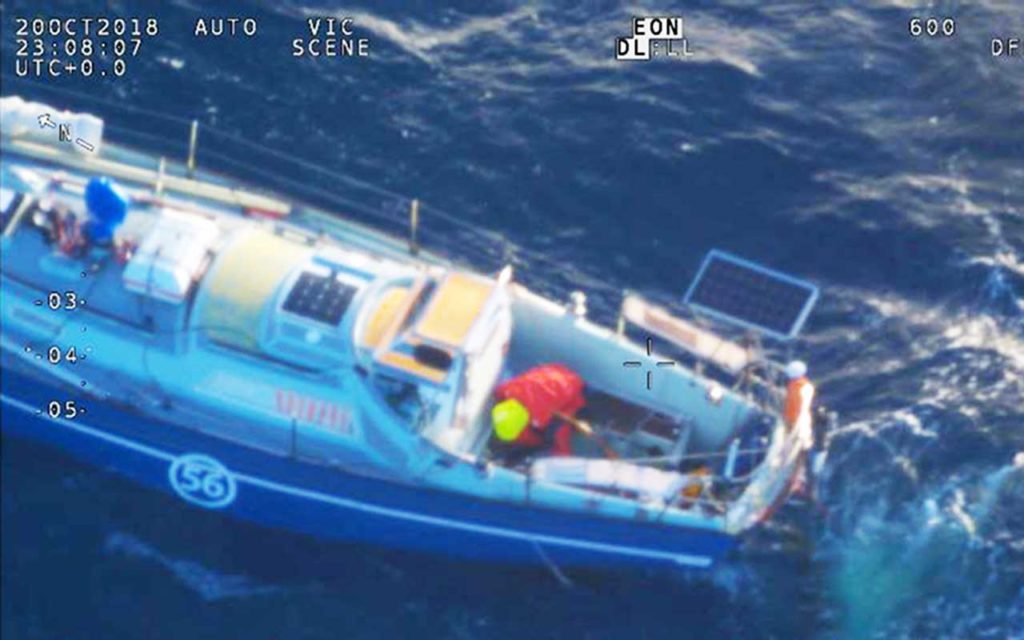 Loïc Lepage in the cockpit of his sinking yacht.

In a message to ‘Alizes II’, JRCC said: “Your efforts and endeavours to provide a fellow mariner with requested assistance in challenging conditions are in keeping with the greatest traditions of a mariner at sea. Well done and thank you.”

Don McIntyre, Chairman of the GGR, added: “Everyone at the Golden Globe Race have complete admiration and the utmost respect for all involved with the successful rescue of Loïc. The professionalism, expertise and passion displayed at all levels is truly amazing. You are all a great asset to Australia and mariners everywhere.”

The 176,827 Ton Japanese bulk carrier ‘Shiosai’ has now resumed her course with Loïc Lepage aboard, bound for Las Palmas, Argentina and is scheduled to dock there on 22nd November.

The tracking signal for Lepage‘s yacht ‘Laaland’ has now ceased and it is assumed to have been scuttled.