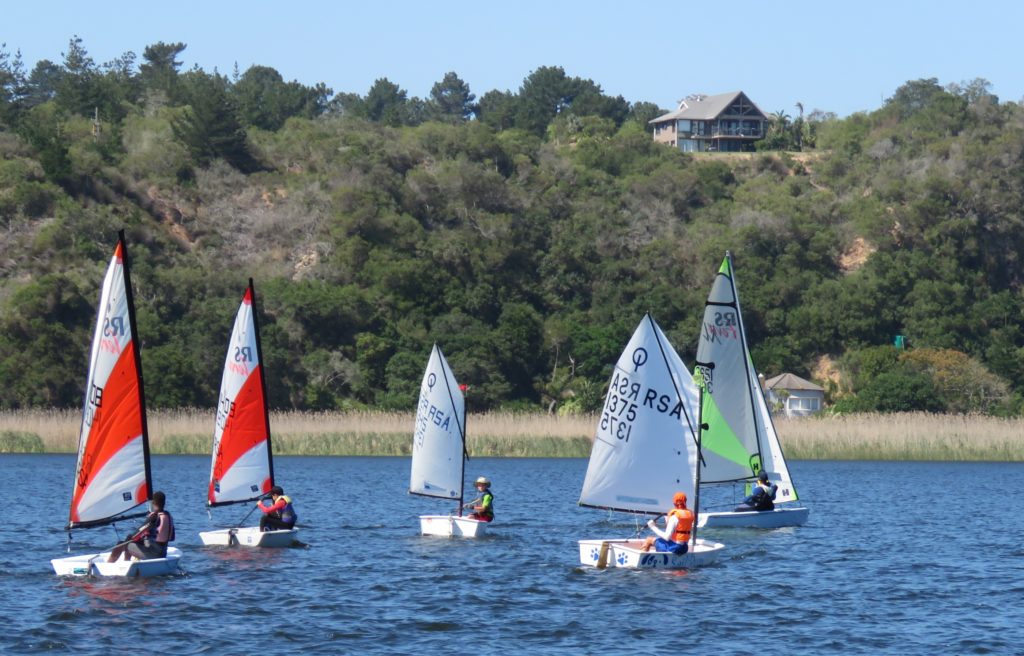 Some of the boats of the Slow fleet, sailing the beat – with Collin Smith and Christian Cilliers on Tera (l) and the Optimists of Aydin Gething and Tristan Boshoff, with the Feva sailed by Jowayden Jacobus and Dovin Kannemeyer (r).

George Lakes Yacht Club hosted its annual Inter Club Regatta at its Island Lake venue over this past weekend. It attracted an entry of 33 boats from Mossel Bay, Knysna, George and a single entry from Cape St Francis. The Mossel Bay sailors were sailing under the new banner of Mossel Bay Sailing Club.

The entrants were divided into two fleets, based on Portsmouth ratings – a fleet for the faster boats, with 20, and slower boats – 13. The fast fleet had Lasers, three Fireballs, two Sonnets, two 420s, five Dabchicks and an Argo. The slower fleet had four Optimists, four Toppers, five Teras and a Feva. 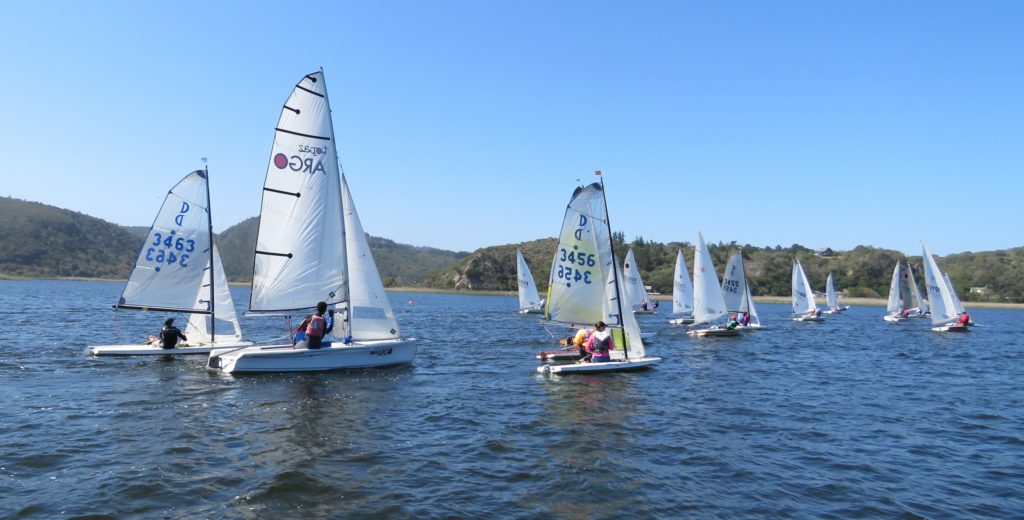 A start of a race of the Fast boat fleet, with Conrad Holm (Dabchick), Ashley Lomati (Argo) and Kerin Stead (Dabchick).

In the slow boat fleet, it was the Tera Pro of Jaybes October (Mossel Bay) who was consistently first to finish ahead of clubmate Renier Delie on a Topper. However, it was the leading Optimist, sailed by Tristan Boshoff (George) who fared best on handicap against class ratings to win overall – his first regatta win. He secured two race wins plus a 2nd and a 3rd. October also had two race wins on this basis, but a couple of not so good placings in other races – still good enough overall to secure second place, ahead of Renier Delie.

In the fast boat fleet, the Fireballs were potentially the fastest boats, but in the light conditions, could not perform to their class rating. The Fireball of Georgou Divaris & Ferdinand Holm were consistently first over the finish line in the races, but were unable to extend enough ahead of the Lasers to do too well on corrected times. John Marc Olivier, making a welcome return to sailing on his Laser, was the leader ahead of the other Lasers and he was also the overall winner in each race. Malcolm Osborne (Laser) secured second place ahead of the Sonnet, sailed by Dudley Isaac & Tyrin Williams (Knysna). Matthew de Villiers was the leading Dabchick, in 6th place.

Scoring for the Inter Club trophies was done on the basis of the top 5 boats per club. In the slow boat fleet, it was Mossel Bay coming out as the clear winner, with their nine entries and two in the top three. George Lakes, with just three boats sailing, had to settle for second place. In the fast boat fleet, George Lakes entrants filled most of the top places to ensure that their club was the winner in this category.

George Lakes Yacht Club wishes to thank its sponsors – Sothebys International Realty (George) and Raubenheimers Attorneys for their part in promoting the success of the event. 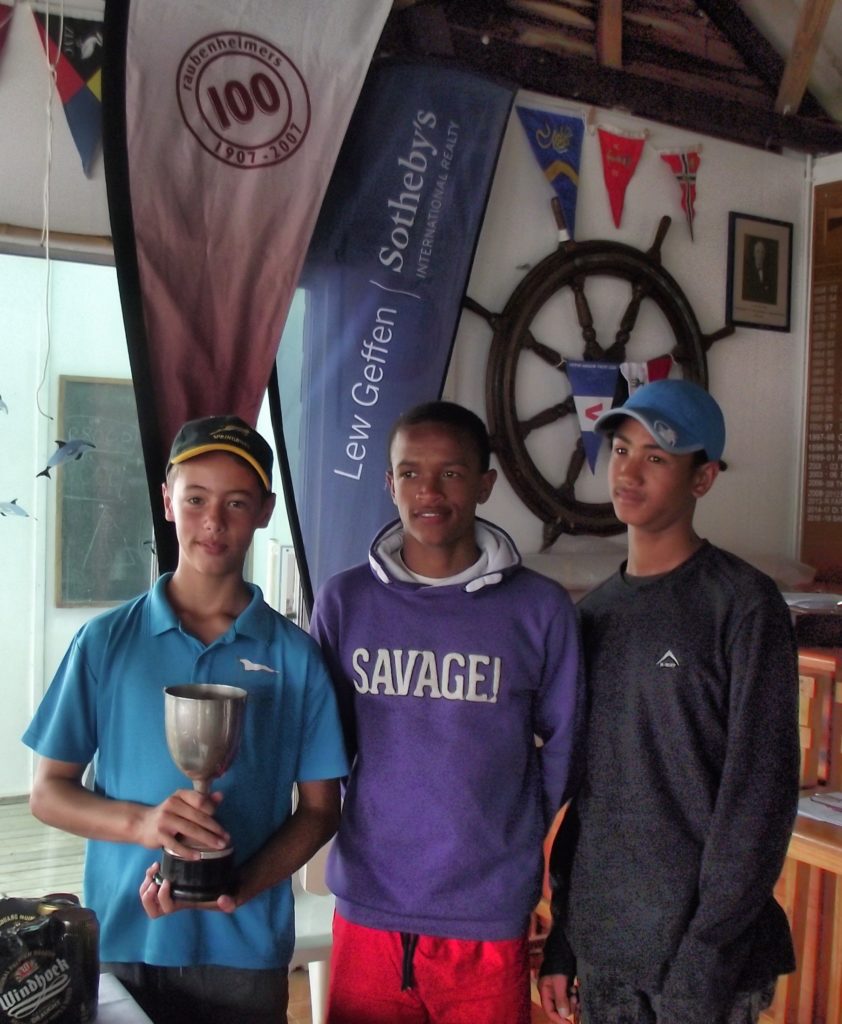 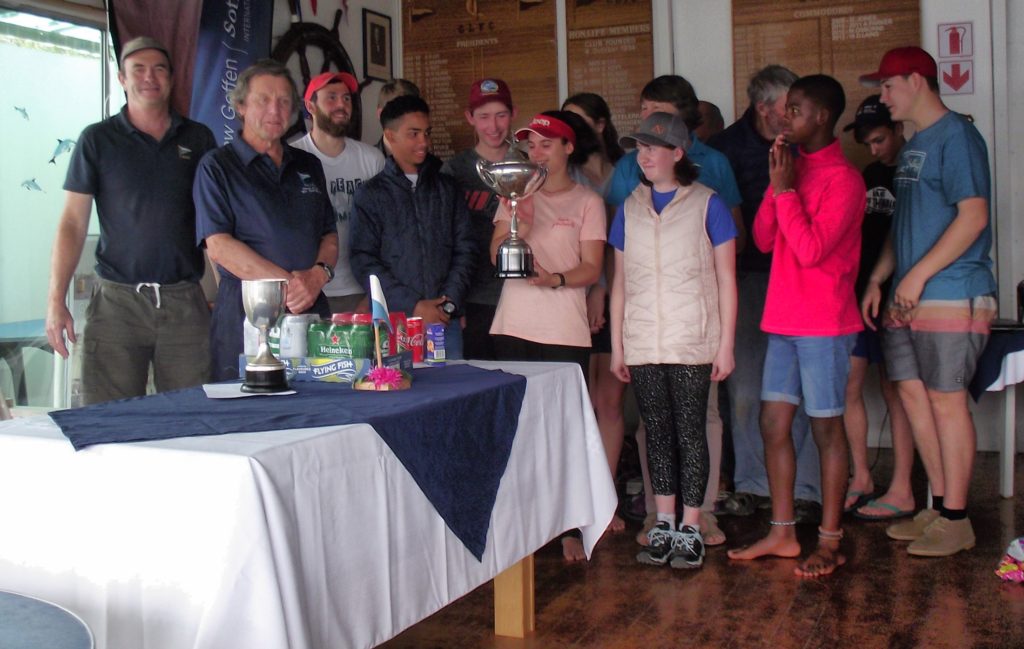 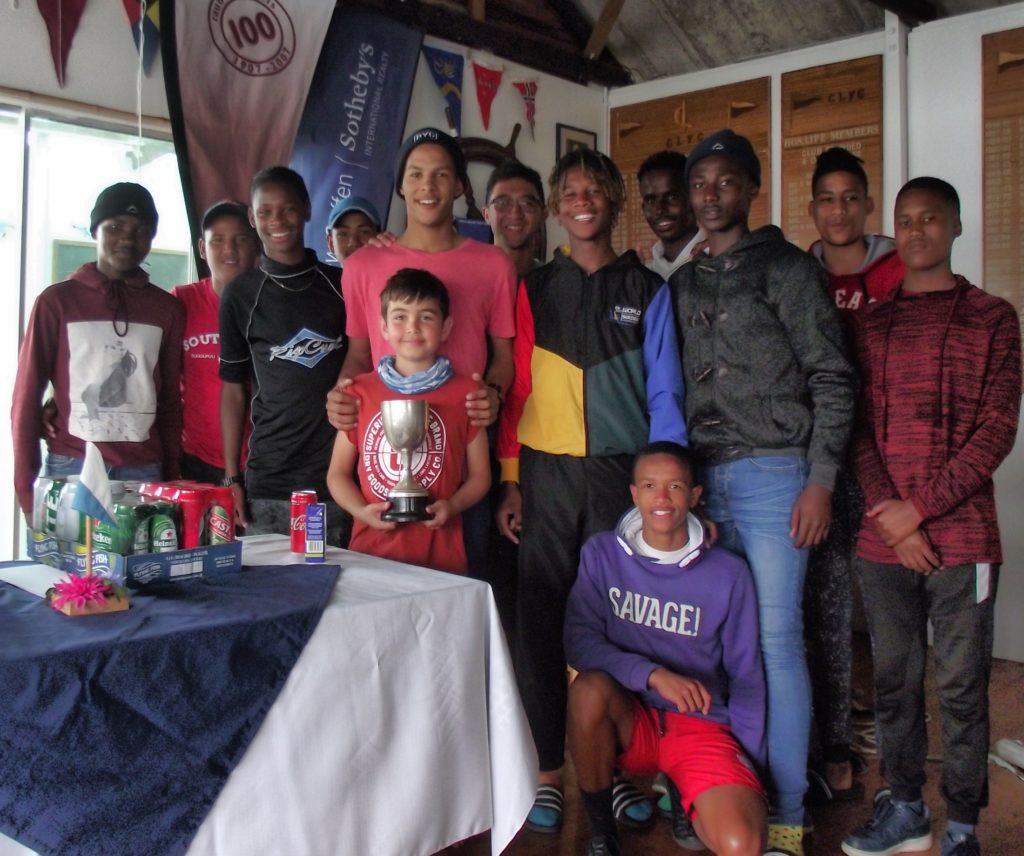 The Mossel Bay Slow boat team – winners of this fleet in the Inter Club regatta. 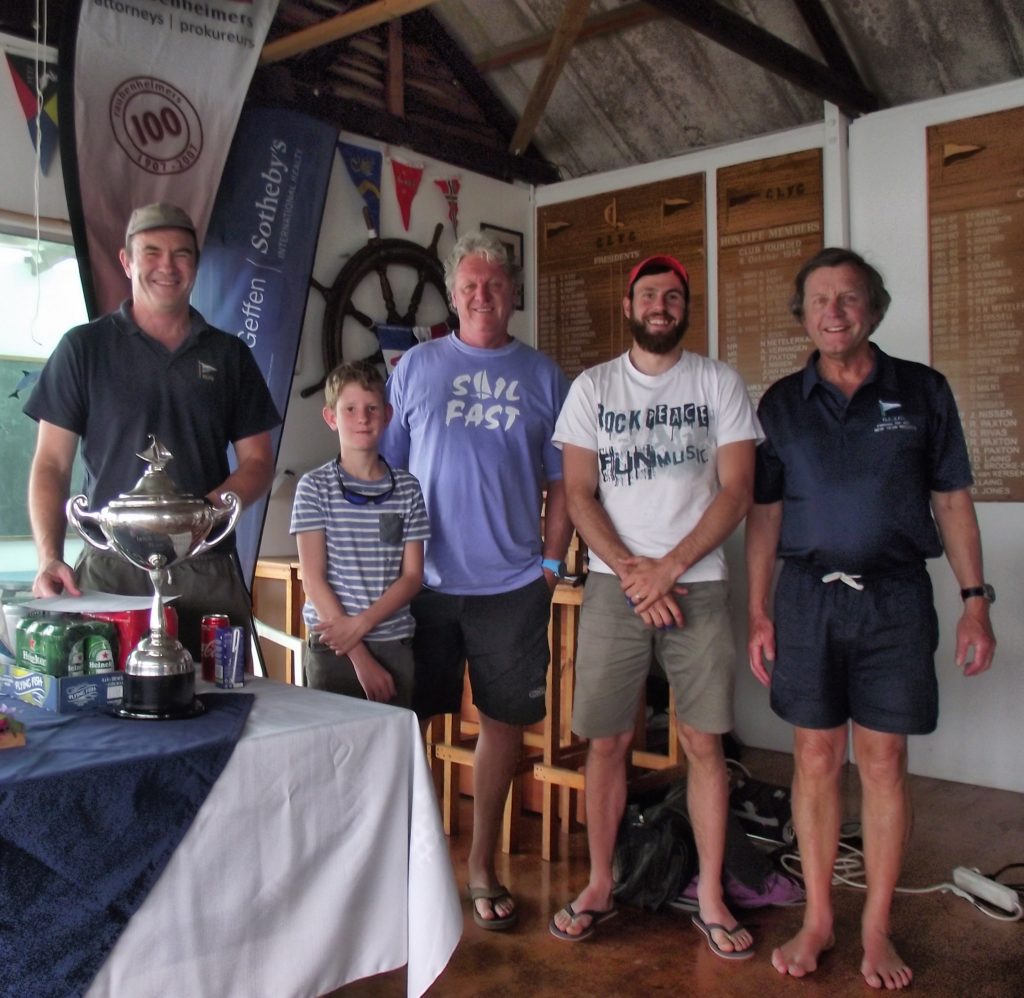