As I completed digitising every issue of SA Yachting magazine today, I decided to go back to that issue to see what was worth digging out and sharing with followers. I had originally missed this piece when scouring it for material to use some months ago, and when I came across it I knew that it was right for today.

There is plenty more of Frank Wightman I have to publish, and which I will get to in due course, but this is what he said About Saldanha back then, a bay so quiet and full of flamingoes – unlike the busy sea port it is today.

“When I let the anchor go in that lonely spot I had never imagined it was to be my home for so many years.

“Wylo had been chased in from the sea by a hard southerly blow which was laden with spume, and my lips were cracked, my hair was heavy with salt, and my eyes bloodshot. As the chatter of the anchor chain dwindled into quietness I straightened up on the foredeck and glanced round”.

His closing paragraph is heartfelt, and shows just how much he had fallen in love with Flamingo Lagoon.

“My calendar became an unhurried flicker of nights and days unlabelled with dates. I no longer measured time by the hand of the cIock but by the swing of the tides, the march of the seasons, the earth adorning her self and mourning, the panoply of Nature. Time as it is measured in the cities ceased to exist. I had found a new time. Time to Iive”.

Sadly few know that area as he did, yet there are pockets of paradise to be found, but all wrapped up in red tape making it almost impossible to visit them by yacht. It’s a sign of the times – so enjoy his “find” now as much as he did then. 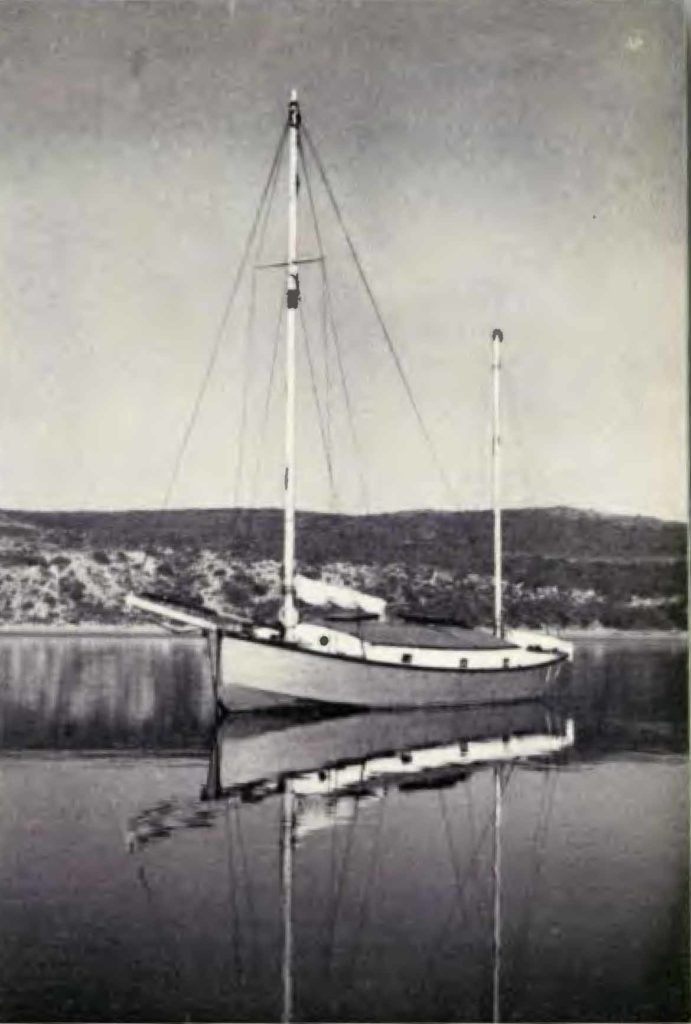 Wylo at anchor in Saldanha Bay.