For the First Time in 360 Years, Some Compasses Will Actually Be Right 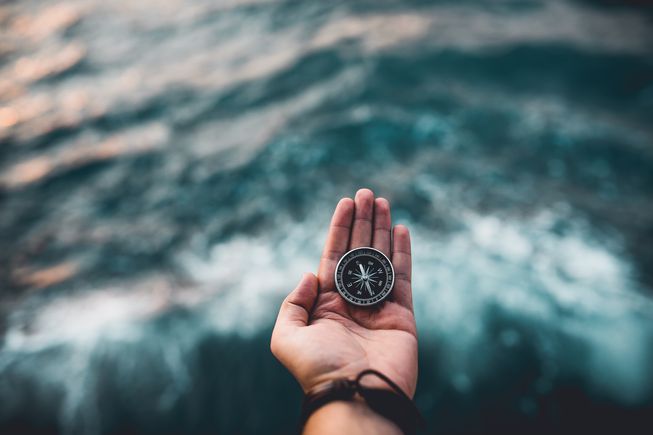 The Earth is one big magnet – which is how little magnets, like those in a compass, dial into its poles.
Photo: By Gurzoglu/Shutterstock

If you try walking to the North Pole for some strange and ill-considered reason, you will be let down badly by your compass.

It’s not as simple as following the “N” on the dial until you reach Santa’s workshop.

Following the arrow would, in fact, take you to Ellesmere Island — the most northerly settlement in Canada. At more than 500 miles from the North Pole, you would still have a ways to go.

Just explain to the Uber driver that you were following magnetic north. You should have been locked into true north.

Yes, there are two norths. As you might guess, magnetic north abides by the planet’s natural, ever-shifting magnetism. True north on the other hand, as indicated on maps by lines of longitude, are determined by the planet’s rotation on its axis. A reliable navigator, true north is where all those longitudinal lines converge — dead in the centre of the Arctic Sea.

The margin of error between the two norths is called declination. And for the last 360 years, there’s always been a difference of varying sizes.

Over the next couple of weeks, the compass needle will reach a perfect alignment with true north — as long as you’re standing in Greenwich, London, where the Eastern and Western hemispheres meet.

The last time the line of zero declination, known as the agonic, met up with magnetic north was about 360 years ago.

Since then, as The Guardian notes, compass needles have pointed west of true north, toward the aforementioned Ellesmere Island. But in September, all compasses at The Royal Observatory in Greenwich, will point to true north.

“At some point in September, the agonic will meet zero longitude at Greenwich,” Ciaran Beggan, a scientist at the Lyell Centre in Edinburgh, tells the newspaper. “This marks the first time since the observatory’s creation that the geographic and geomagnetic coordinate systems have coincided at this location.” 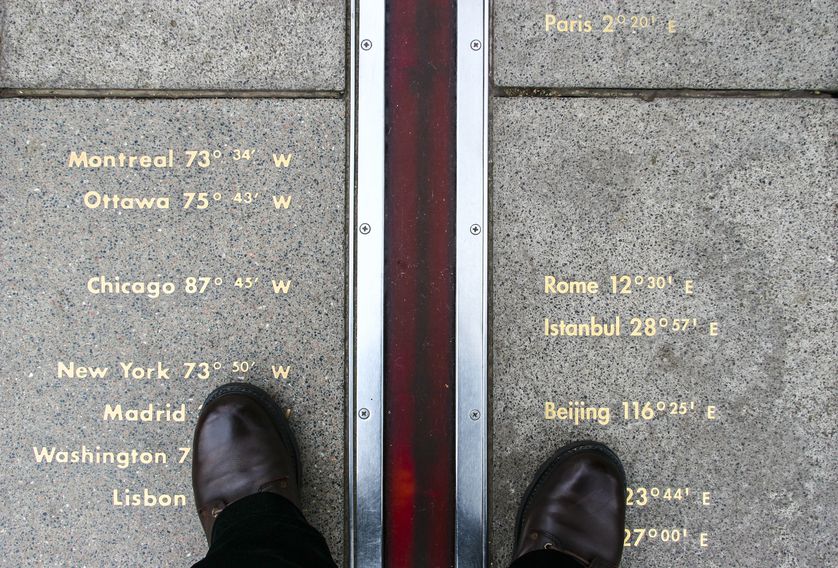 The Royal Observatory Greenwich is home to Greenwich Mean time, as well as the Prime Meridian.
Photo: GMaple Design/Shutterstock

“The agonic will continue to pass across the UK over the next 15 to 20 years.”

Think of it as that solitary, triumphant moment when a broken clock gives you exactly the right time. We knew you could do it, clock! After that, compasses will return to being wrong — this time pointing east of true north.

This rare agreement between lines of longitude and compasses isn’t expected to impact humans beyond the neat-o factor. The real problem lies in magnetic north’s wandering ways.

Of course, it never stands still, but rather shifts constantly thanks to the boiling inferno of molten nickel and iron at the Earth’s core.

But in recent years, the magnetic north pole has been an especially unreliable guide. In fact scientists say it’s moving at a faster rate than any time in human history — which could mark the beginning of a catastrophic pole reversal.

Fortunately for Earth-dwellers, that process would still likely take around 10,000 years. Still, the dramatic shift is already causing problems for the countless animals — from birds to bats to sea turtles — that rely on magnetic north for migration.

And possibly the few adventurous humans who still navigate this world with nothing more than a compass.