Fireball Worlds 1980 – Durban. A Blast From the Past 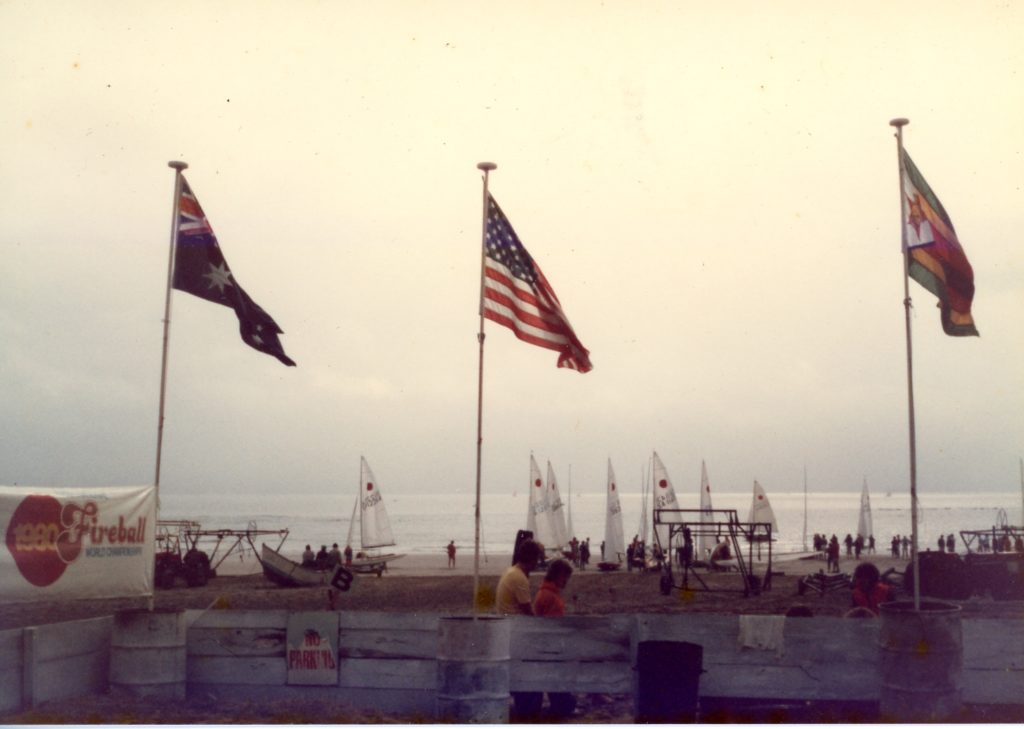 Last week I posted a pic of the 505 Worlds off Durban in 1979, and as it solicited a wonderful response, I delved into the archives to see what other gems I could come up with.

This event was of course won by Kim Slater and Richard Parslow (UK) followed by JJ Provoyeur & Terry Twentyman-Jones and then Dave Hudson & Terry Reynolds rounding off the podium in the 32-boat fleet.

Much of the info in this post has come from Hilary Ralph’s personal archives which she entrusted to me some years ago. Thanks Hilary.

Enjoy, and please comment, fill in missing names and send your pics to be added – please!

Let’s kick this off with the results: 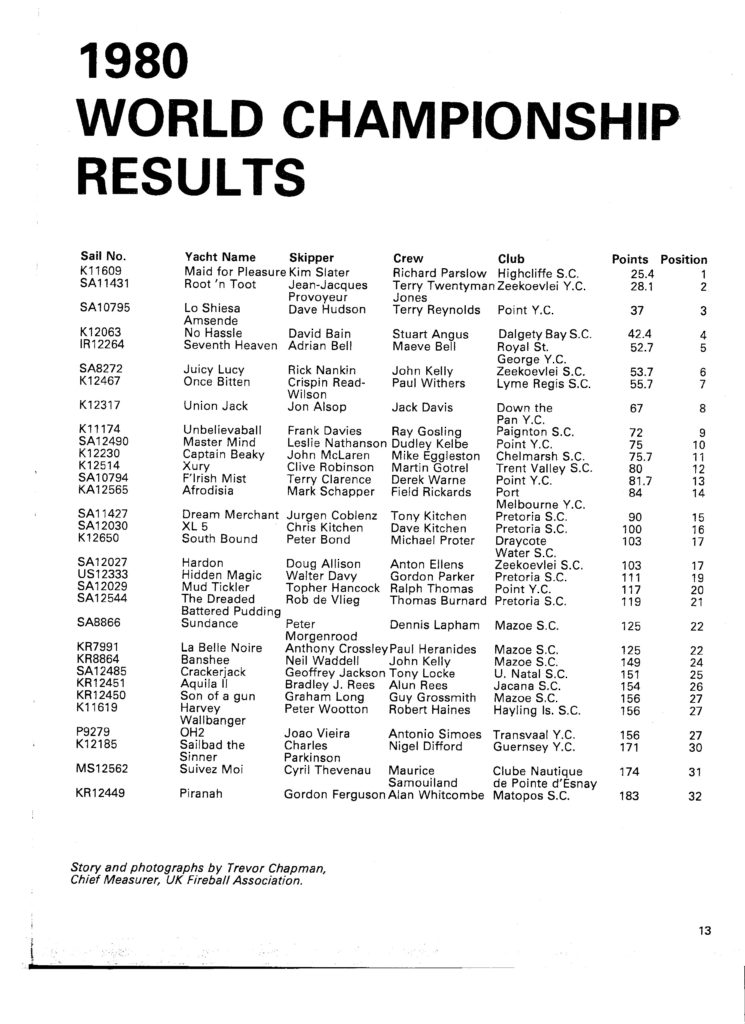 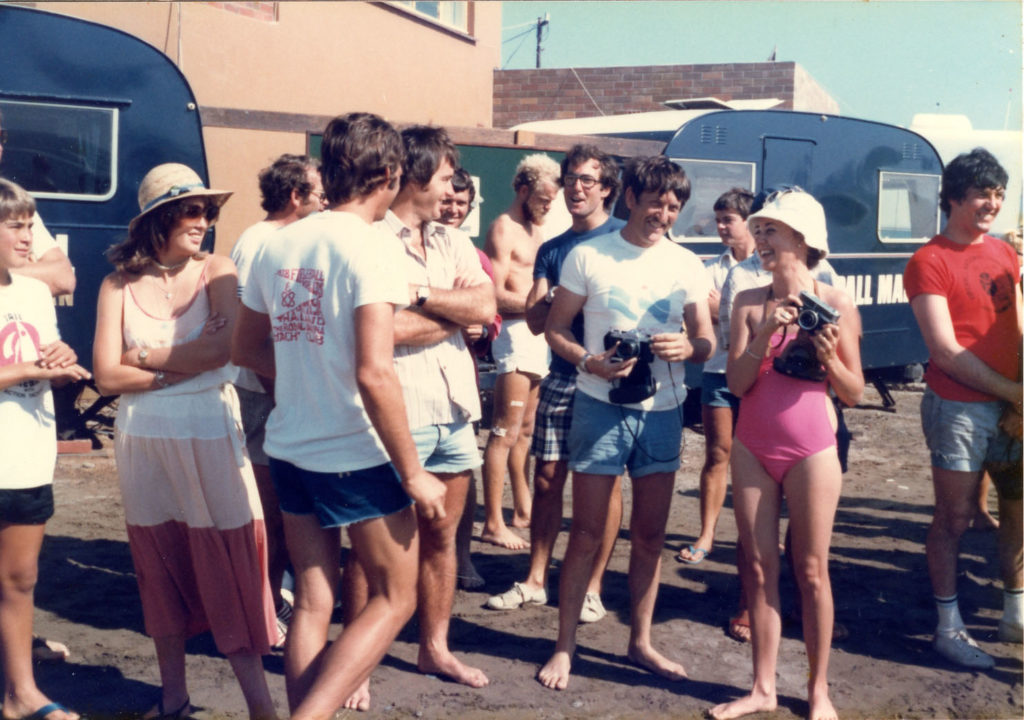 Rick Nankin in the glasses is unmistakable, with Charlie Bongers behind him. 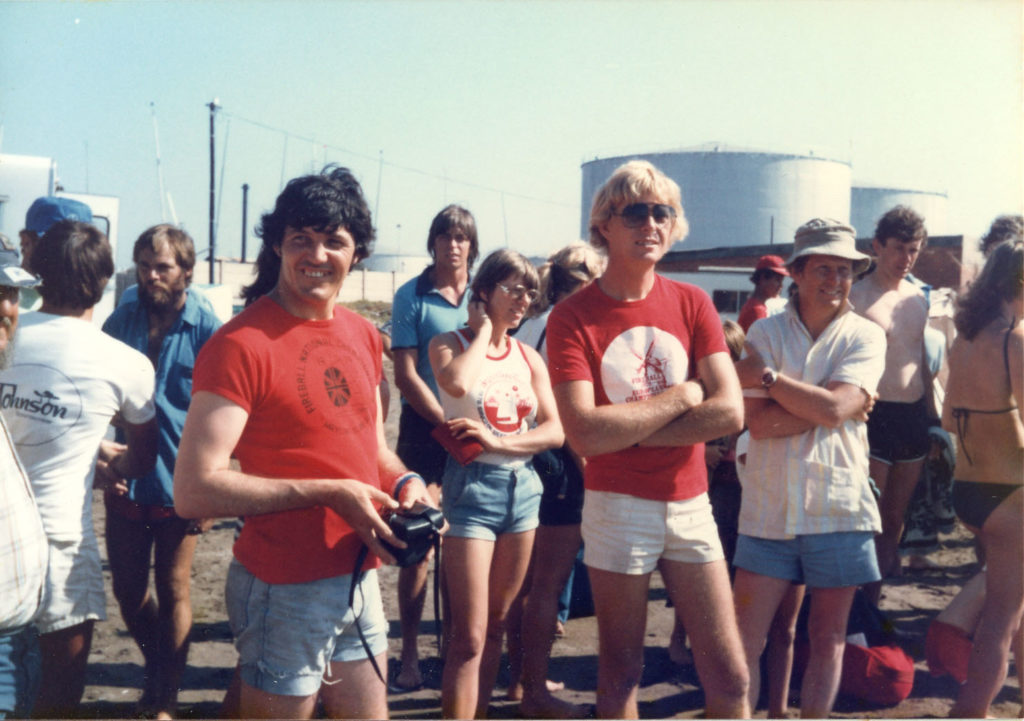 Ralf Thomas at the back in the blue shirt. The two people in red tee shirts are Ray Gosling and Jon Aslop. Frank Davies is the guy with arms folded and David Bain is at his right shoulder. 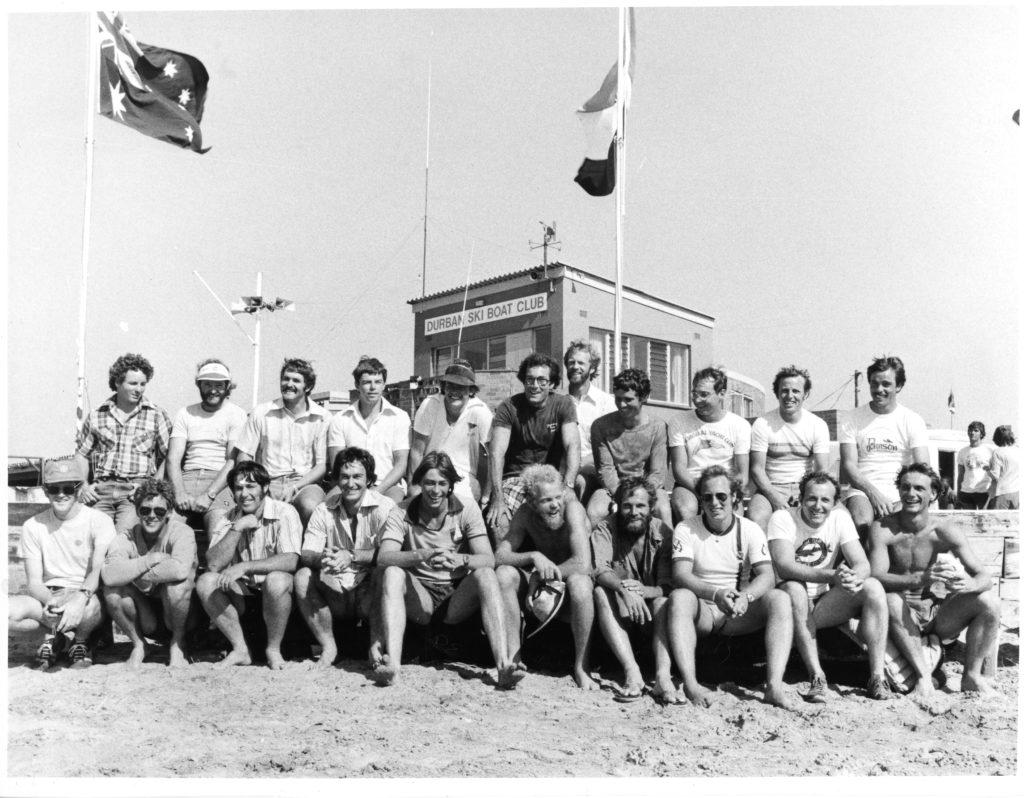 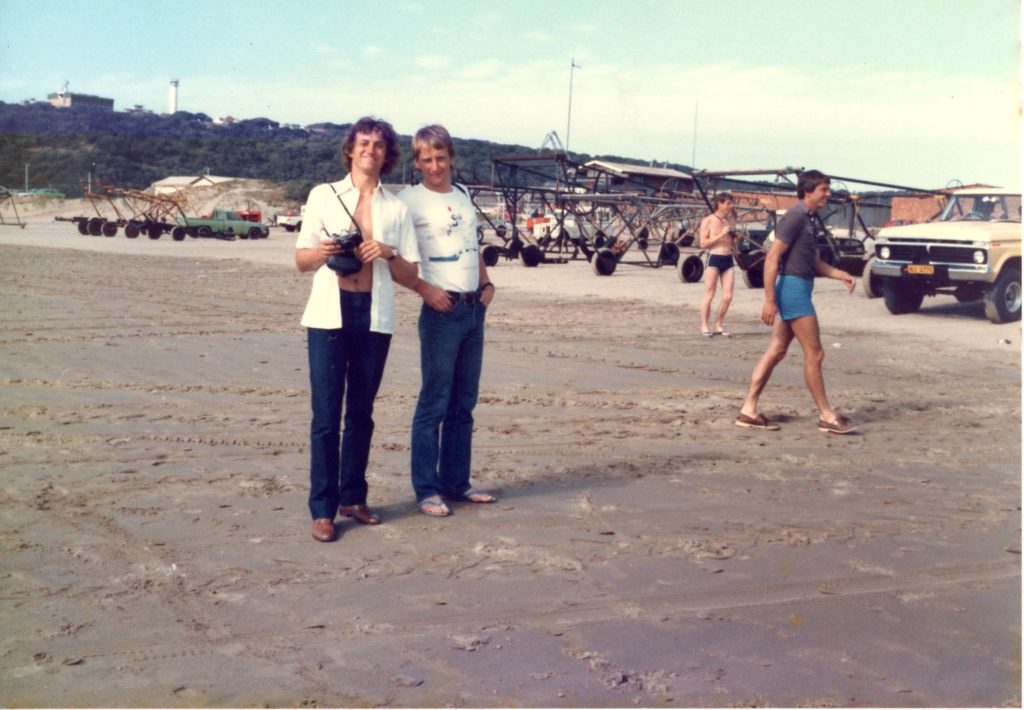 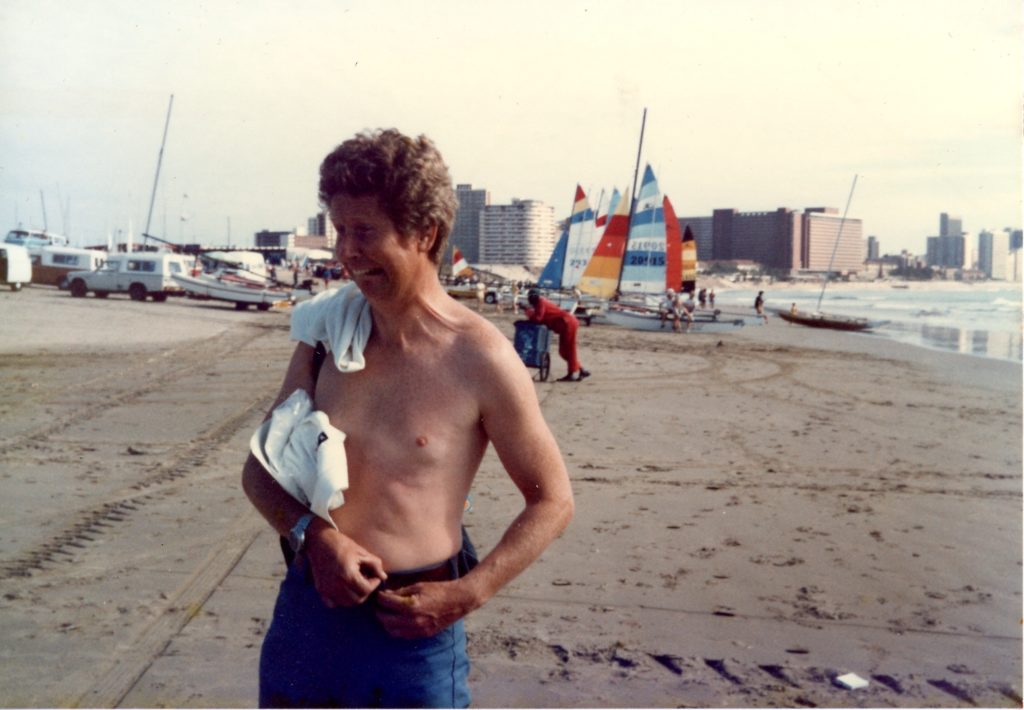 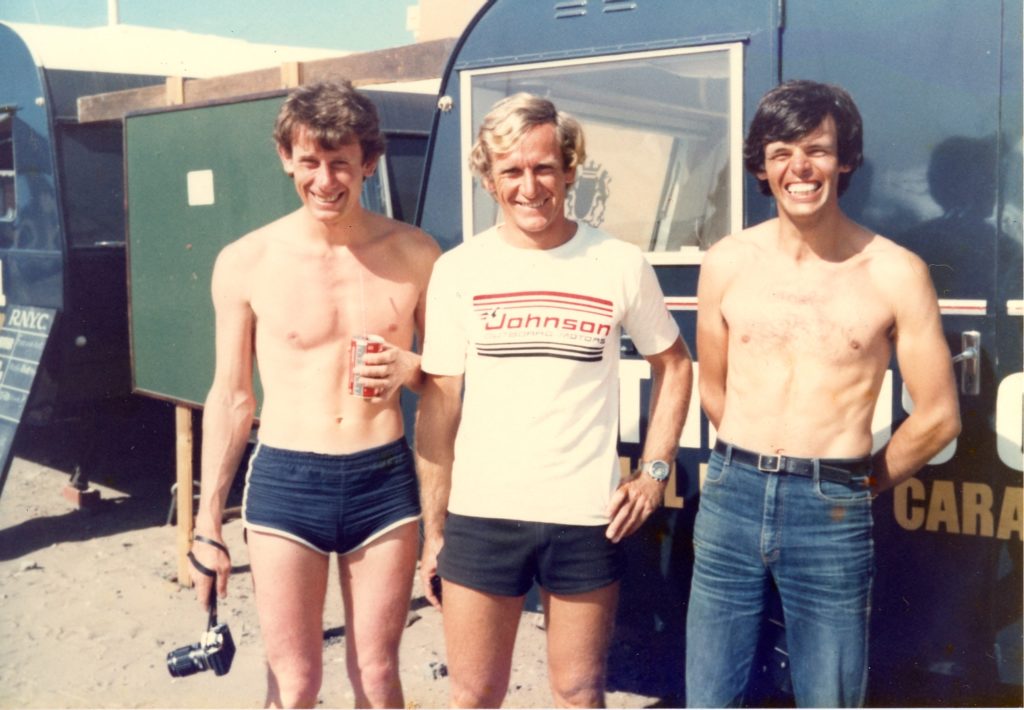 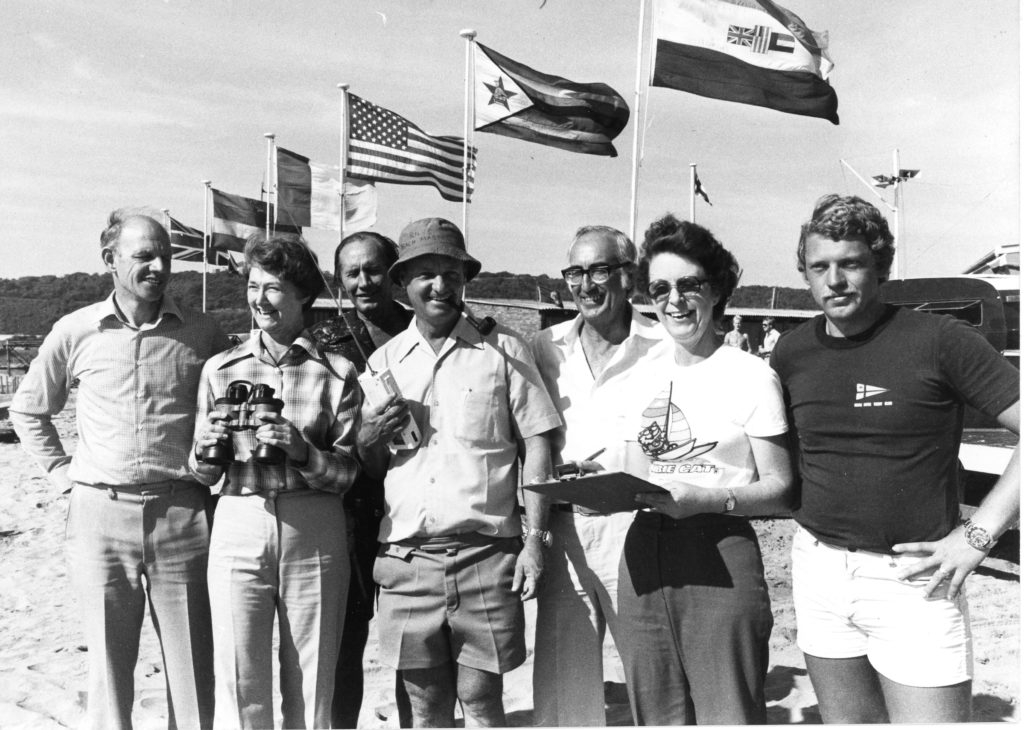 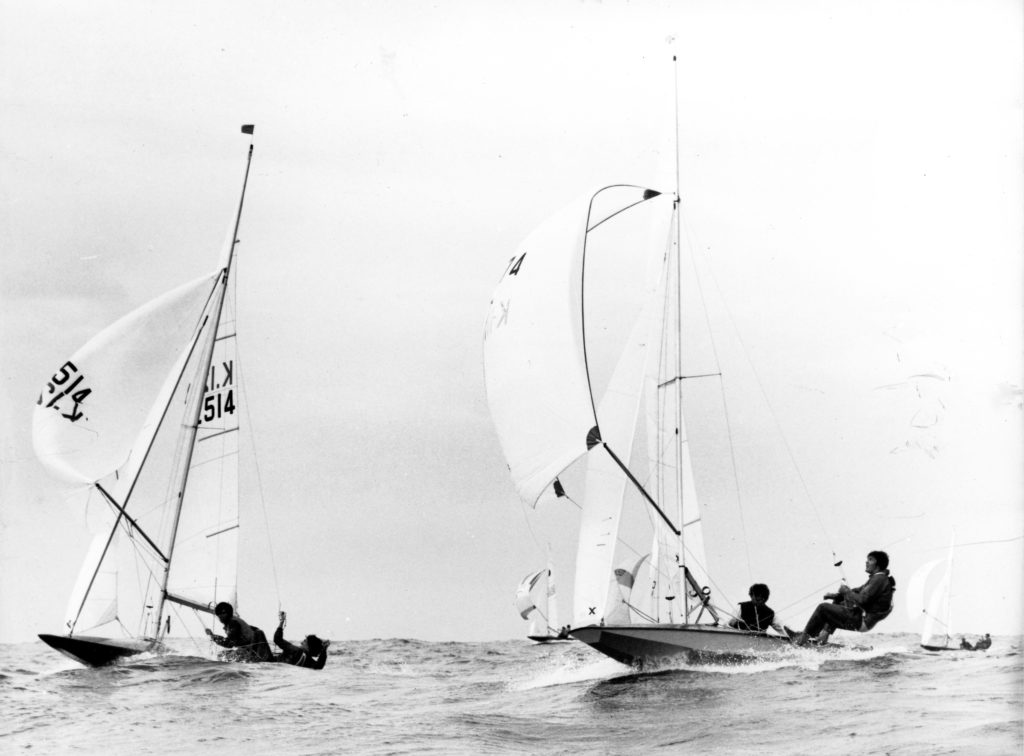 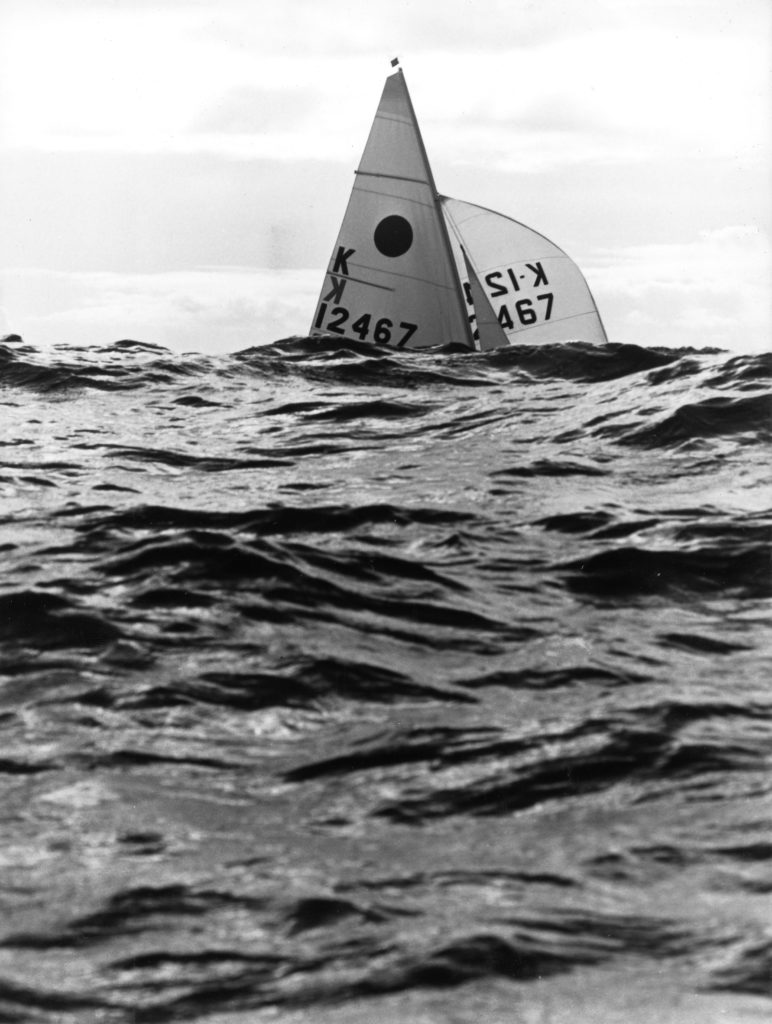 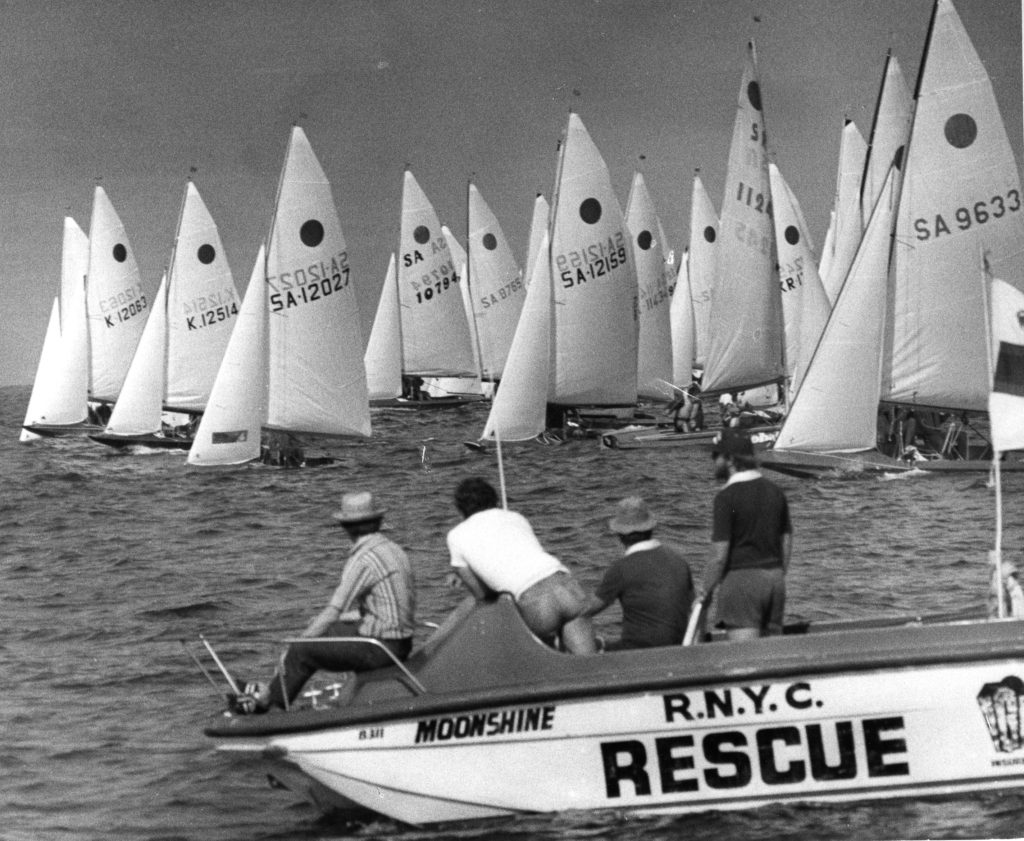 Under starters orders with the RNYC Rescue Team in attendance. K12063 is David Bain and myself (Stuart Angus). I would like to say we are making a perfect start, but look a bit early!
pic by Richard Crockett 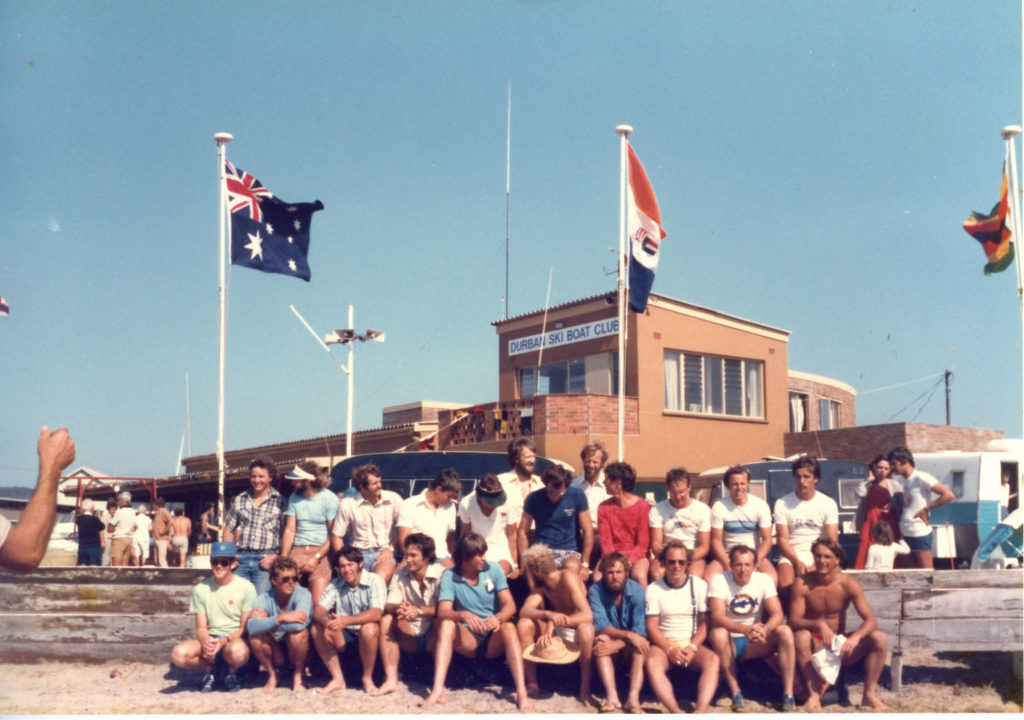 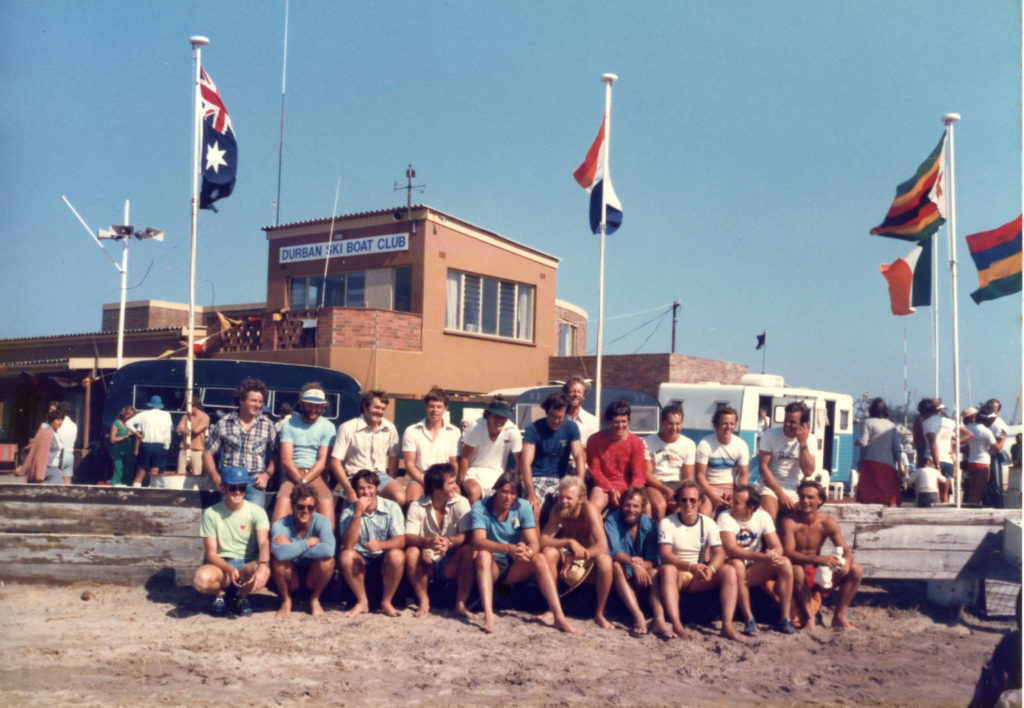 And another of the South African team. 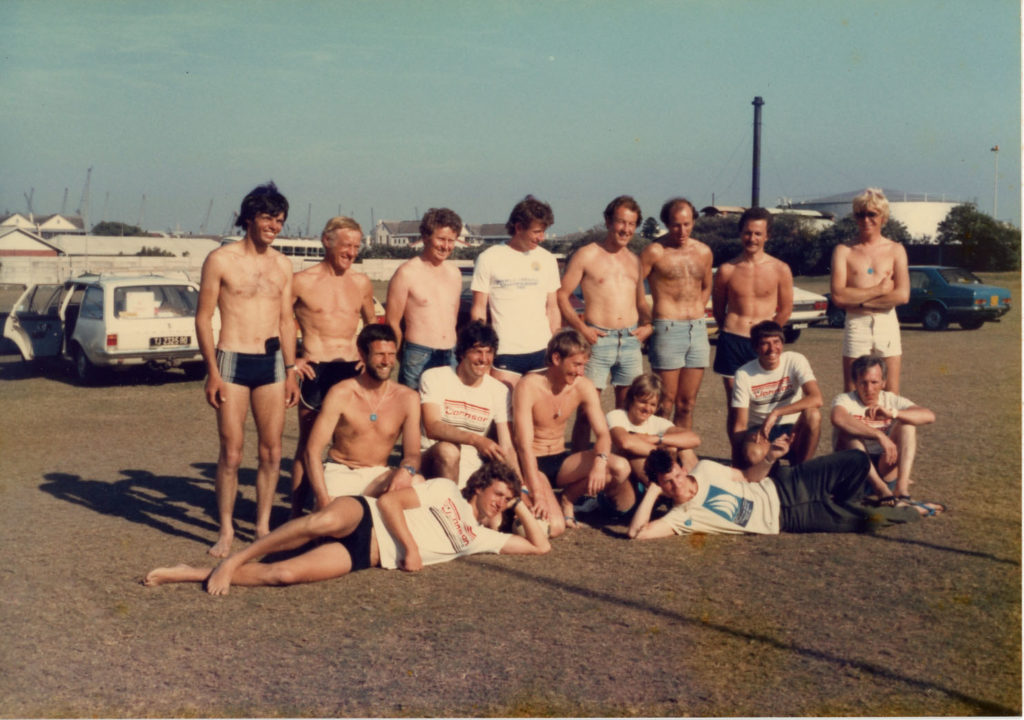 This may be the UK contingent? 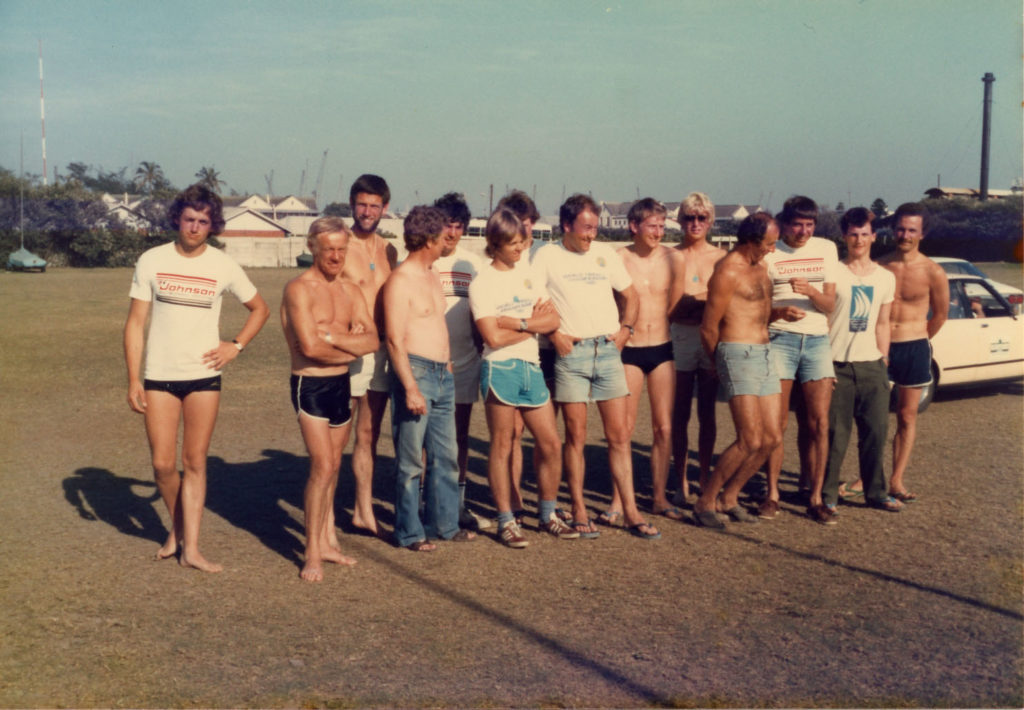 And this too may be the UK contingent? 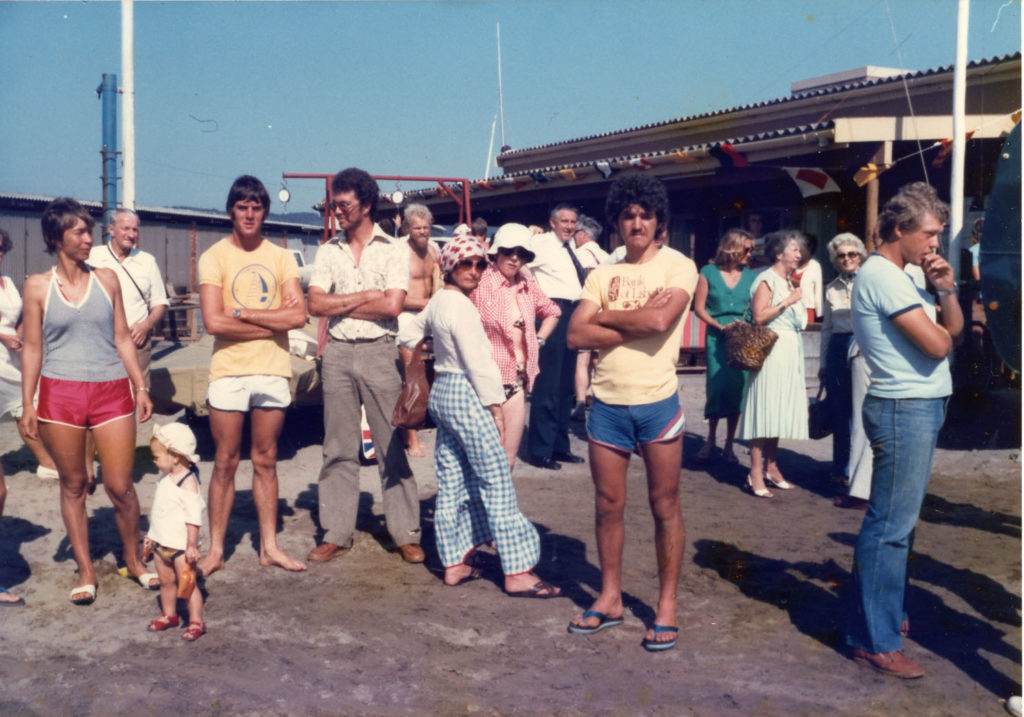 This looks as if the opening function is about to start. 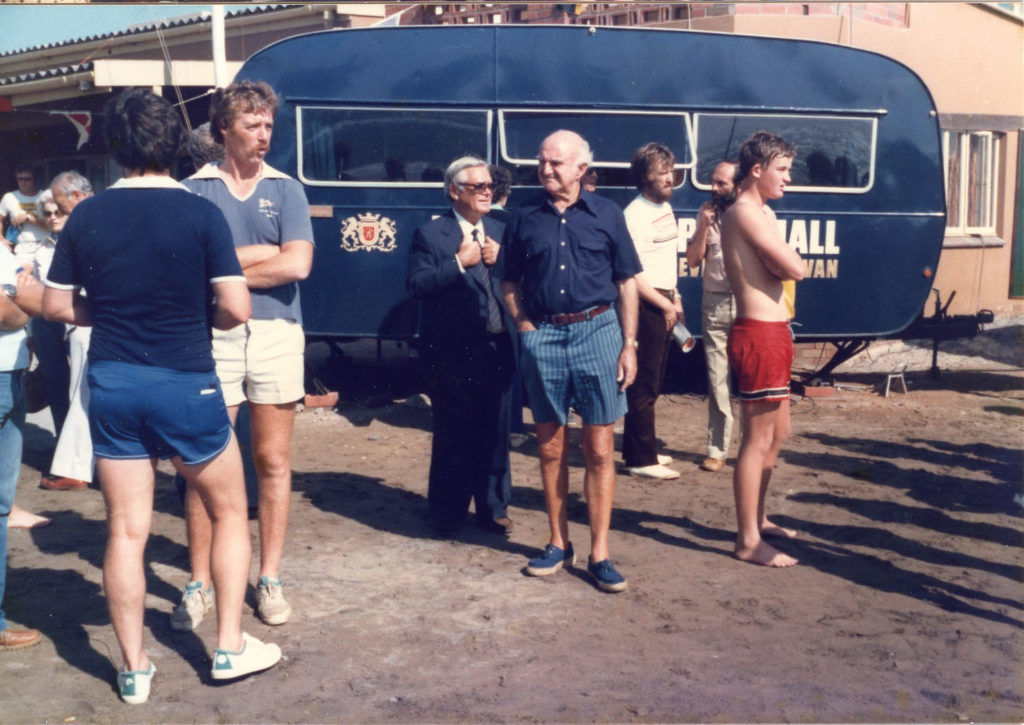 On the left is Bill Piddington of RNYC Rescue, with Steve Glinane and behind him Bob Nuttall. 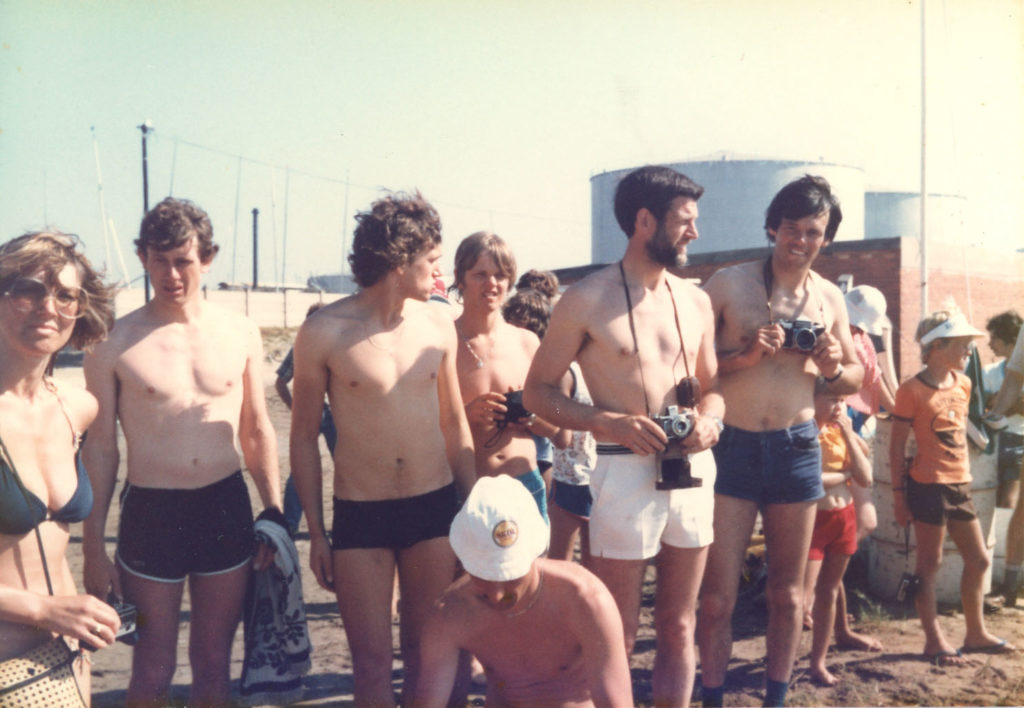 Some of the UK competitors? This is from left, Sue Aslop (I think), David Bain admiring her bikini, Martin Gotrel, Robert Haines, Mike Eggleston and Clive Robinson. Kim Slater is at the front looking down. 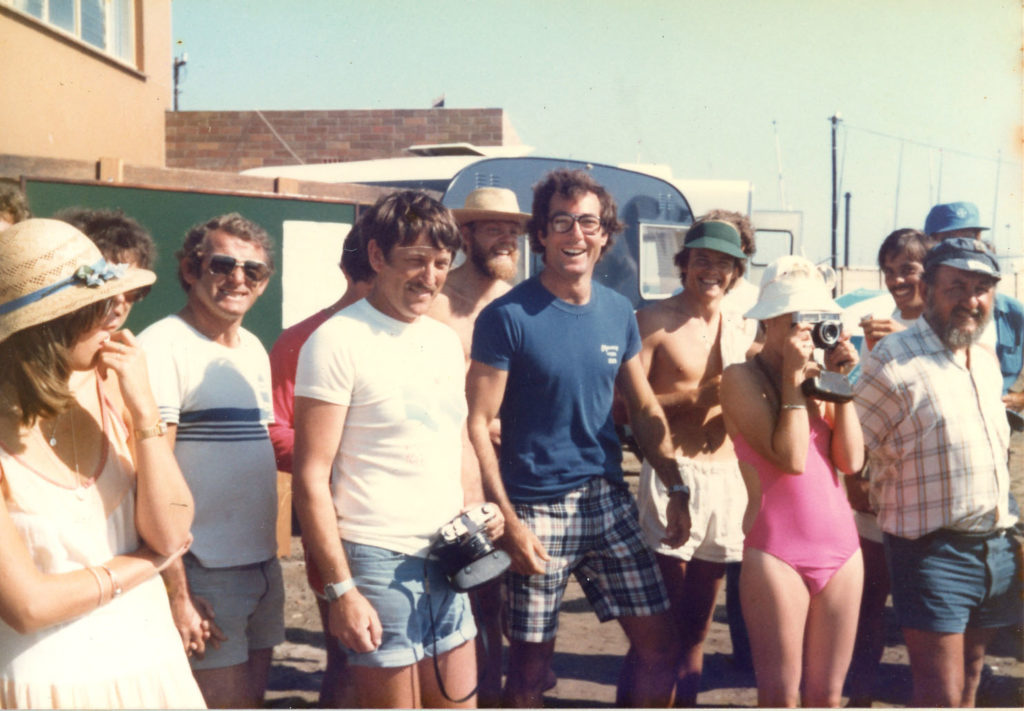 Rick Nankin (glasses) and Charlie Bongers behind him.