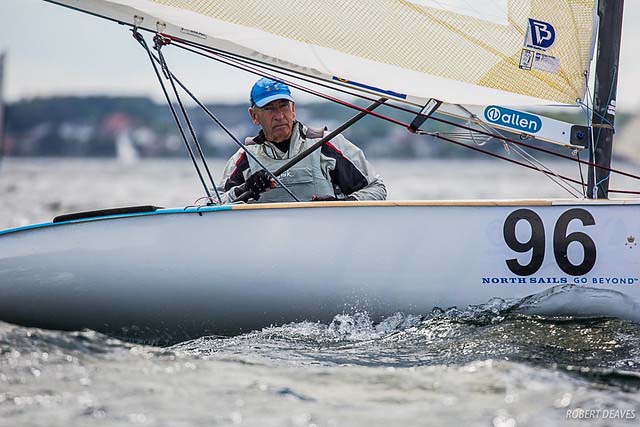 Finn sailors from 28 countries are taking part, with the largest numbers coming from Germany – more than twice the numbers of any other country. In addition, The Netherlands, Denmark, Britain, Sweden and Switzerland are fielding large teams, but there are also entries from far afield including Argentina, Brazil, North America, South Africa and for the first time ever, a competitor from Iceland.

Denmark has a long history of success in the Finn, so it is something of an anomaly that the World Masters has never been held here before. In fact the only time a Danish sailor has won the event was in 1985, when, then pro sailor Jørgen Lindhardtsen turned up and won every race.

Fixing this discrepancy has been a long time coming, so the Finn World Masters is delighted at finally having a championship in Denmark. This year will also mark the introduction of two new awards – the Masters Nations Cup, for the leading nation, and the Sailing Club Trophy, for the leading sailing club represented.

Forty-nine years after this event was created, it has almost become a movement, rather than a sailing event. It brings together a huge range of sailors from across the world. Some move straight into the Masters fleet after finishing their Olympic campaigning, while some return to the class after many years away. All are drawn by the large fleets, great friendships and intense competition. It is a unique event in sailing, a unique fleet, and a unique experience.

Yesterday (Sunday) was the practice race, with 5 days of racing starting today – with 8 races scheduled. An innovative new random fleet selection format is being trialed to make sure there are no ties at the end of the week, removing the need for the unpopular medal race.