February 2020 Raymarine Sailors of the Month – Crew of Love Water 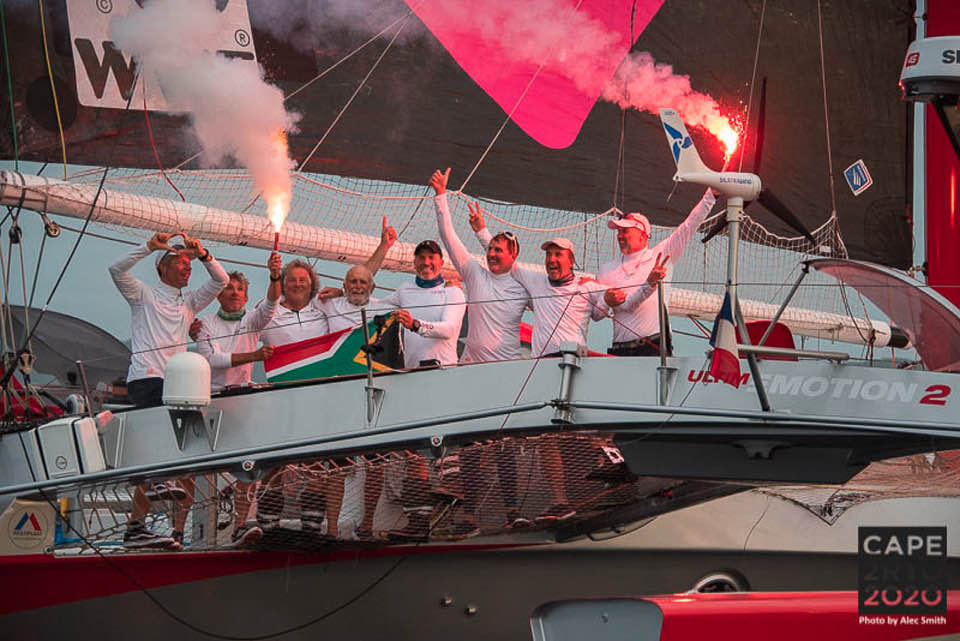 The Cape to Rio Race 2020 will be remembered for two things for years to come. The manner in which Love Water, the 70-foot trimaran blasted her way across the South Atlantic in record time, and the ferocious storm through which the fleet had to battle to get to the finish line.

All eyes were on the battle between Love Water and Maserati as these two racked up huge mileage – 600nm-plus – day after day as with sails packed with wind they diced each other, the lead changing several times, until Love Water grabbed the race by the scruff of the neck and took line honours.

Her time of 7 days 20 hours and 24 minutes annihilated the previous record by some 3 days.

This was a performance which had all followers on the YB Tracker spellbound as the crew averaged some 22 knots across the South Atlantic.

It’s a performance still being talked about many days after the finish, and that is thanks to skipper Craig Sutherland and his crew of: Michael Clarke; Richard Garratt; Philip Lambrecht; Michael Minkley; Antoine Rabaste; Brian Thompson and Ken Venn.

This was an exceptional performance which is why this team get the accolades this month.

Nominate Your Sailor of the Month – HERE’S HOW
The nomination process is made as simple as possible to facilitate participation. To ensure that bureaucracy will not prevent nominations being made, there is absolutely NO requirement for a Club or Class Association to endorse a nomination. ANYONE can submit a nomination.