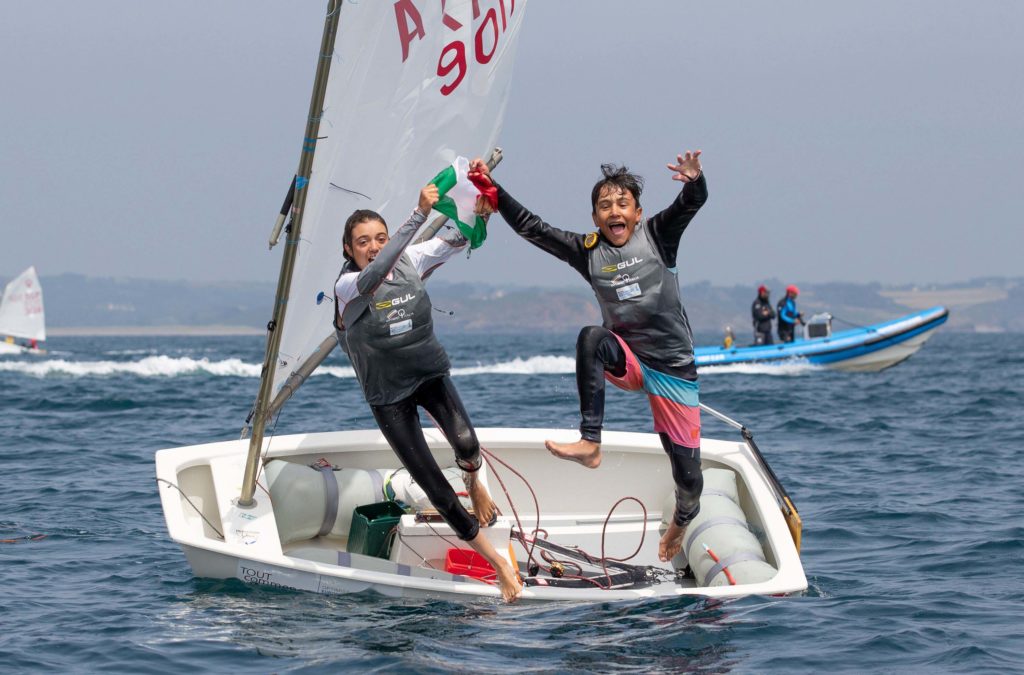 The girls and boys winner showing their delight at winning.
pic by Matias Capizzano / Optimist European 2019

A series of great races were contested on the final day thanks to a well-established westerly wind of between 6 and 8 knots, enabling the competitors to round off the week of competition in style after what has been a very varied set of conditions.

The 293 sailors linked together multiple courses, as one might expect, with the leader board really being shaken up between the first day’s competition and yesterday’s races.

The Italians sweep the board.

Among the boys, Alessandro Cortese (Italy) took the top step of the podium, followed by Greek sailor Dimitrios Bitros and the Italian Lorenzo Pezzilli.

Our RSA Sailors had Sean Kavanagh in the gold fleet, with Rohan Chidley in Bronze, while the 2 girls were in silver. They undoubtedly all learnt an immense amount, especially about big fleet racing, and came away with lifetime memories.