Emirates Team New Zealand. Building A Base to Build the Boat

For the first time in the history of Emirates Team New Zealand, the team has begun construction of its own America’s Cup boat in their own purpose-built boatyard on Auckland’s North Shore.

Led by Emirates Team New Zealand Build Operations Manager Sean Regan, the facility which has been a long-term vision of the team, has been started from the ground up turning a clean factory floor into one of the most up to date, purpose-built composite boat building facilities in the country.

“As with everything in the America’s Cup, time is of the essence and in setting up the build facility we basically gave ourselves two months from the day we took over the lease of the premises to be ready to start building our first boat.” explained Regan.

The layout of the vast 1800 sqm building has been extensively considered with the view to putting together the most effective and comfortable workspace possible. The team has sought feedback from some of the industry’s best boatbuilders as well as many of our valued team suppliers. 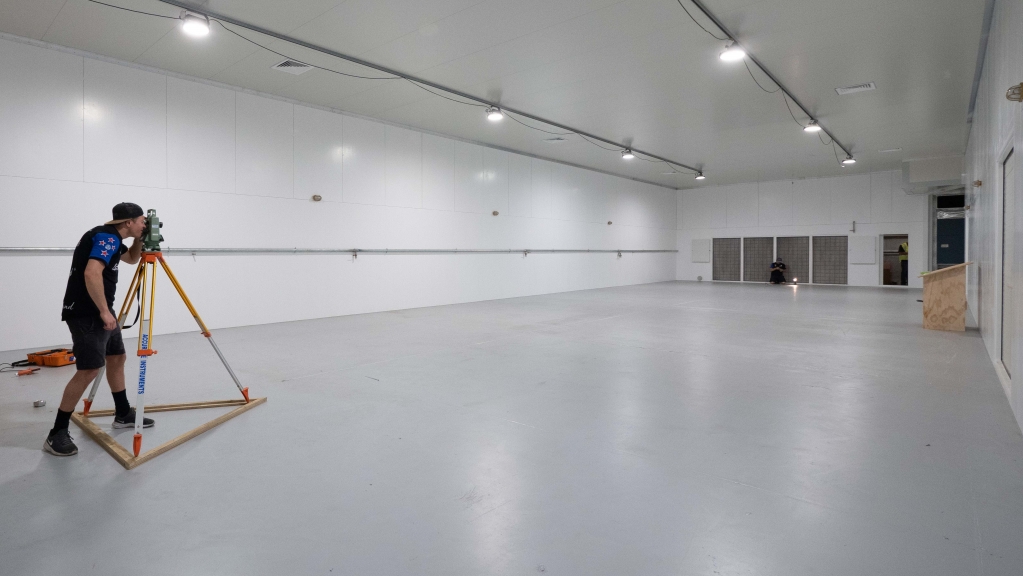 “We really approached this set up with an open mind along with our typical number 8 wire thinking. We looked at the clean floor plan and thought about everything in terms of the production of the most technically advanced composite race yacht. From the layout of the three ovens, the heating, extraction, air conditioning, lighting, storage, lifting, access etc.”

Just as important as bringing all of the necessary equipment together was the task of bringing the new 40 strong team onboard. All 40 people are now working as a team with enthusiasm and a mix of experience that will need to perform exceptionally as a group when the pressure is on.

“We have been able to assemble a mixed group of specialist boat building veterans – a number of whom were the key core people from Cookson’s Boats, existing Emirates Team New Zealand shore crew and a bunch of hungry young apprentices. These guys are really working well together and growing the wider experience in the industry by the day which is very satisfying for everyone.

The beauty of winning the America’s Cup and bringing it back to New Zealand is it gives us the ability to try to restimulate what has been a stagnant or declining industry over the past few years.”

“As we saw in the last America’s Cup, we need to be really dynamic in our overall design approach and our production priorities day to day so now we are more in charge of our own build destiny than we ever have been before.

Typically, in with the objective of extracting every last detail of performance gain, the designers leave handing their final designs over to the production until the very last opportunity. Not only that, they continue to refine designs beyond specific deadlines so now we can make changes as the priorities shift which allows us to make design decisions a lot later but more advanced than we ever have been able to.”

Integral to the set-up of the base as always with Emirates Team New Zealand has been a number of key suppliers of the team.

“We really couldn’t have achieved what we have in setting this base up without our Official Suppliers. A huge amount of the cost in setting up has been met by suppliers with products, services and expertise – which never ceases to amaze us how valuable the support of everyday kiwi companies and their generosity is to us working towards defending the America’s Cup in 2021.” 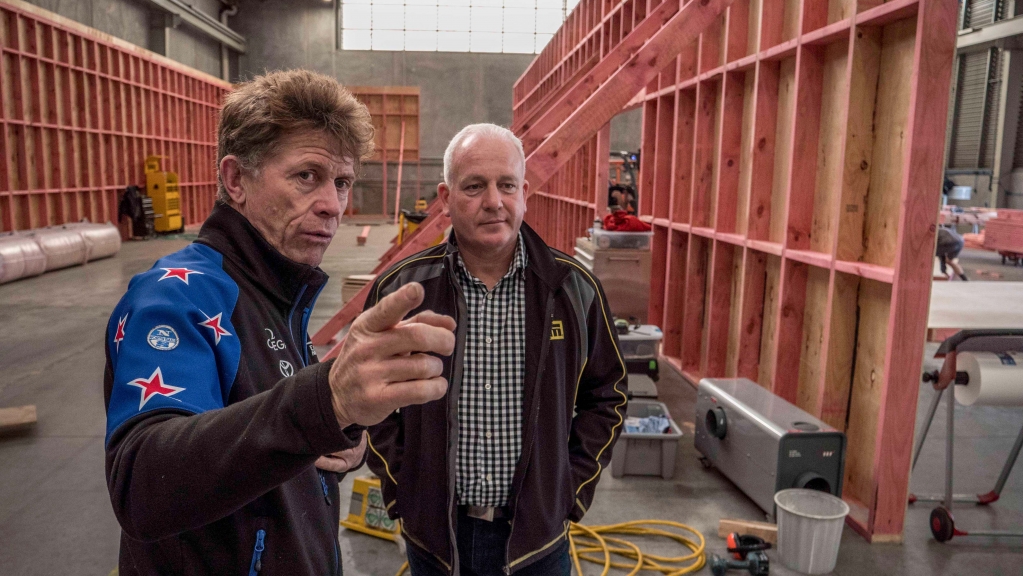 “Call me biassed but I think we have put together one of the best composite boat building facilities in New Zealand, and hope that it will serve the team well for AC36, but also the wider marine industry on projects outside of the America’s Cup” concluded Regan.

The America’s Cup world now eagerly awaits the first boat to emerge from the boat build facility towards the middle of 2019.