ECDIS*: What Happens When the GPS Signal Goes Away?

This editorial from ‘The Maritime Executive’ was written by by Captain Richard Madden and should be of interest to all those who rely on GPS when going to sea. While common practice is to have multiple GPS units as backup if one fails, failure of the GPS system itself will require the need for alternative navigation – probably celestial navigation if out of sight of land.

The U.S. Maritime Administration issued U.S. Maritime Alert 2018-004 A “Possible GPS Interference – Eastern Mediterranean Sea” on March 23 in response to reports of GPS disruptions and interference from multiple vessels and aircraft between Cyprus and Port Said, Egypt. These reports come on the heels of multiple warnings by the same agency in 2017 of GPS disruptions in the Black Sea, primarily off the coast of Novorossiysk, Russia. These same warnings reaffirmed that GPS disruptions are a global concern and provided guidance for reporting to the U.S. Coast Guard. 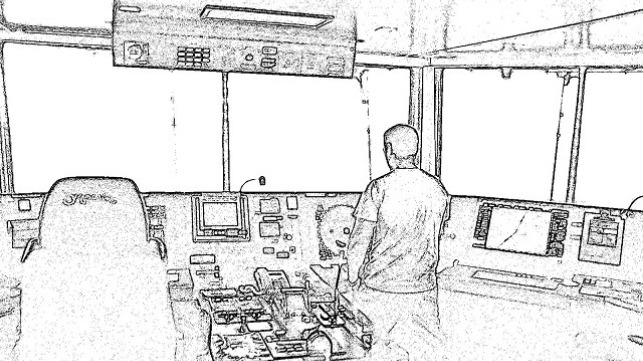 Anecdotal reports abound of GPS disruptions ranging from the accidental jamming of GPS signals in San Diego by the U.S. Navy to the intentional use of GPS jammers by truckers. The Navy communications exercise inadvertently affected GPS-based devices ranging from ATM machines to air traffic control. For truckers both in the U.S. and overseas, the jamming frees them from the oversight of companies and regulators tracking routes or work hours. Use of these jammers by truckers in the vicinity of airports have affected operations both in Newark, NJ and Philadelphia, PA.

In the Black Sea in 2017, vessel captains reported having to resort to the use of paper charts, as well as delving into the lesser-used functions of their ECDIS units. Specifically, they used the dead-reckoning (DR) modes of their ECDIS with a radar overlay to accurately plot their positions. By using various combinations of navigation tools, the vessels were able to maintain their situational awareness and safely navigate to port.

The primary concern among masters, mates and pilots should be the recognition of the loss of accurate GPS positioning. Once this is recognized, mitigation of the situation can commence. But how does one determine that the seemingly-magic GPS black box is no longer providing accurate position-fixing? This can be accomplished in a variety of ways, and the method depends on where you are in the world. It also depends on what navigation tools are available. With the push for “paperless” ships, you might have to use your ECDIS in ways you might not have imagined (or practiced!) yet.

If you are navigating coastwise, there are aids to navigation (ATON) from which you can obtain ranges and bearings to compare with the GPS position. The plotting of these ranges and bearings in comparison with a GPS fix at the same time will give you a good idea as to whether or not the GPS is operating as advertised. This is easily done on paper charts, but is equally possible on ECDIS units.

Also, while navigating coastwise, there will be opportunities to compare the vessel’s position to floating ATON (buoys), islands, structures or bottom soundings. Any of these can be visually correlated with the paper or electronic chart to approximate the current position. Overlaying the radar return – particularly when you are navigating near radar-conspicuous coastlines or objects – is another quick, yet effective check of GPS accuracy.

Further delving into the GPS signal status, the horizontal dilution of precision (HDOP) is a good indicator of how accurate your position might be. For HDOP, the lower the number, the better the signal. An ideal GPS position might have an HDOP of less than 1.0. A HDOP of between one and two is excellent, and the greater the number, the less accurate. Predicted HDOP of greater than six, due to satellite maintenance, have sparked warnings from the U.S. Coast Guard in the past.

Unless operating in an area of erratic high currents, the navigator will normally be able to predict the anticipated COG and SOG. If the GPS starts providing an unexpected COG/SOG, it should be viewed sceptically until proven correct. While not a guaranteed indication of GPS issues, it is a clue that all might not be as expected.

Whether you are paperless and using ECDIS for your primary navigation or still using paper charts, the next steps are pretty much the same. It’s time to go old school and start dead reckoning (DR) and using everything at your disposal to determine the vessel’s position. On paper charts, dead reckoning your position is nothing new, nor is plotting visual or radar bearings and ranges. Plotting of ranges and bearings to known land masses or ATON can now be done on either the ECDIS or paper chart, as discussed earlier.

No GPS and you are trying to cross oceans? Oddly, up to 25 years ago, this was routine. Granted, there were other modes of electronic navigation – Decca, Omega, Loran-C or Transit SatNav – all of which are now gone. That leaves us with celestial navigation. It may take some time to shake the rust off the navigator’s celestial navigation skills, but there aren’t many options without GPS/GNSS (Global Navigation Satellite Systems). As the frequency bands for the various GNSS GPS-type systems are similar, jamming or disruption of one system may well effect all.

Celestial navigation tools are on board all deep-sea vessels as required. The use of them to determine the vessel’s position can and will be done with accuracy ranging from miles to tens of nautical miles. Plotting of celestial lines of position of paper charts continues as before.

In the end, GPS/GNSS position-fixing systems are tools; tools that are subject to errors and failure. Although ubiquitous and a seemingly critical part of what we do both ashore and afloat, it is equally critical to recognize when our GPS systems are not working properly and start mitigating the resultant risk.

Life at sea was a lot simpler 25+ years ago!