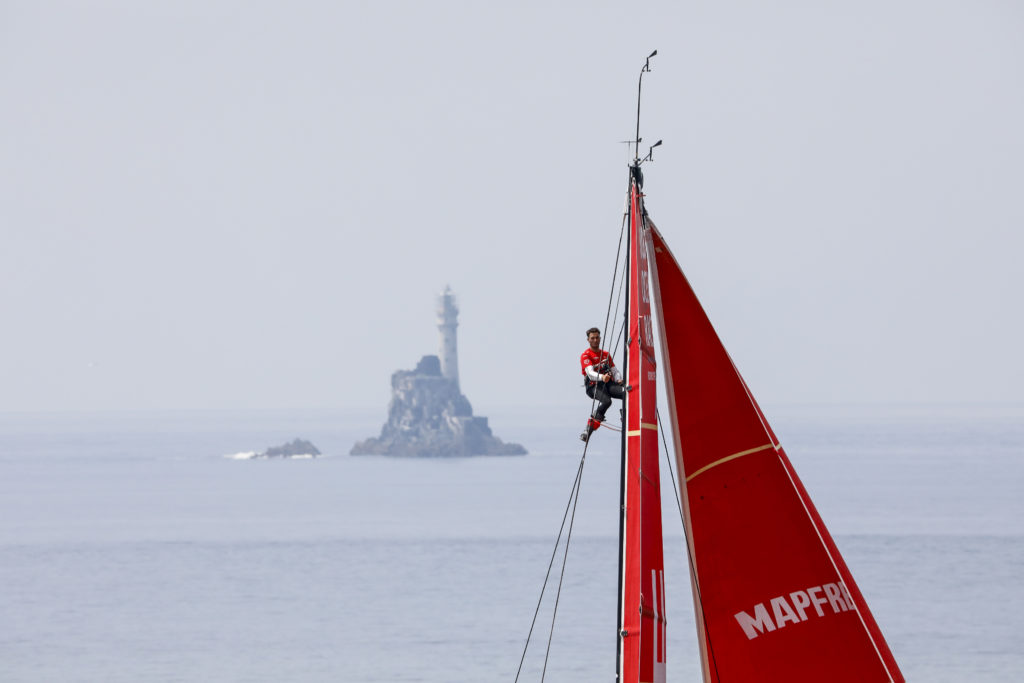 Looking for the wind from MAPFRE with the Fastnet Rock Lighthouse in the background.
pic by Ainhoa Sanchez/Volvo Ocean Race

The Volvo Ocean Race’s overall leaders Dongfeng Race Team were at the head of the fleet on Monday as the teams passed the iconic Fastnet Rock off Ireland’s southern tip.

With just under 24 hours of Leg 10 complete less than three miles split the top six boats as the light wind start to the penultimate stage of the race continued.

Since leaving the Welsh capital city Cardiff on Sunday the fleet has been dogged by fickle breeze, covering less than 250 miles at speeds of no more than 10 knots.

The only boat not enmeshed in the light airs on Monday afternoon is Team Sun Hung Kai/Scallywag, but David Witt’s team is some 77 miles behind the leaders after getting caught in the tide and being forced to anchor. 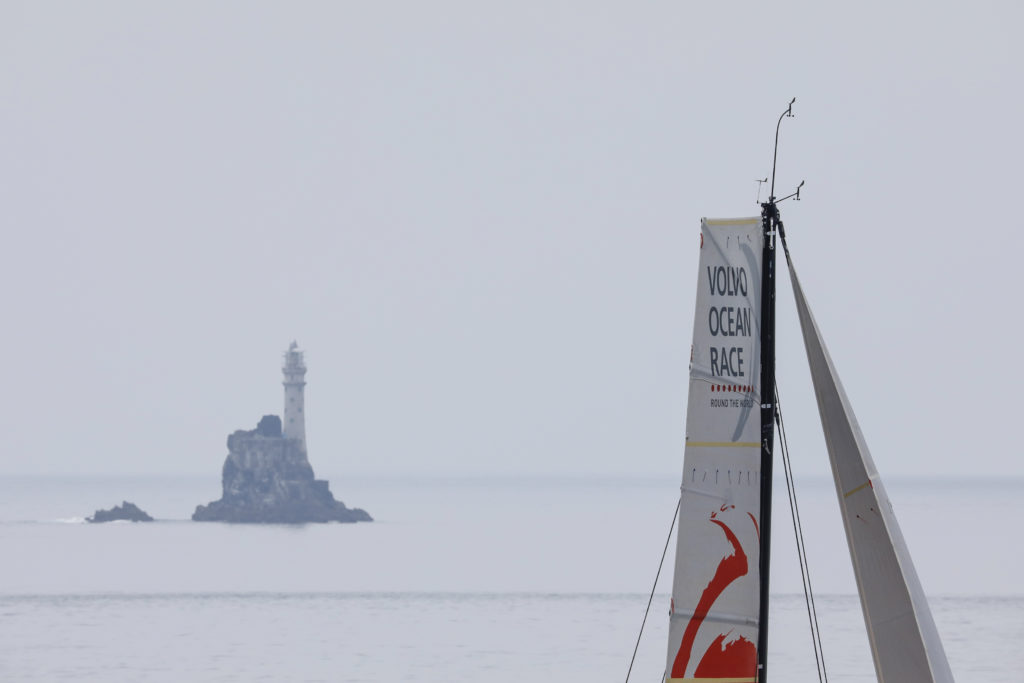 Dongfeng, skippered by Charles Caudrelier, shot into the lead on Sunday evening after Leg 9 winners Team Brunel and rivals MAPFRE came to a halt in a patch of super- 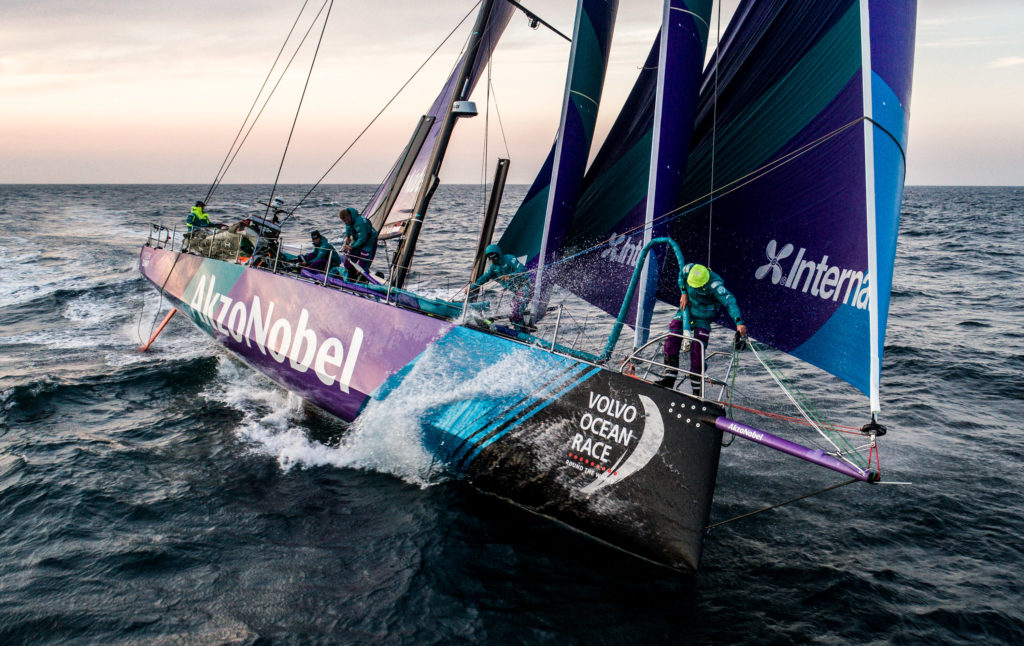 AkzoNobel with some wind.
pic by James Blake/Volvo Ocean Race

Although Dongfeng’s lead is narrow, Brunel skipper Bouwe Bekking said he is keen not to let them slip any further ahead.

At 1,300 miles Leg 10 is the shortest of all 11 legs, but with just three points separating Dongfeng, MAPFRE and Brunel on the overall leaderboard its significance is huge.

“After the start we wiggled ourselves nicely to the front, but then parked up together with MAPFRE,” Bekking said. “Dongfeng did the ‘Buffalo Girl’ coming from way behind and, keeping some pressure, slid into the lead.

“Luckily we got some breeze shortly afterwards and started making gains around the other boats. Slowly the breeze increased during the night and we had to make several sail changes, which were perfectly timed.

“We can see Ireland now and the wind is dropping, so the boats behind us will likely catch up, but so will we with Dongfeng.”

Less than three miles behind Dongfeng in sixth place, Vestas 11th Hour Racing were preparing to do everything possible to catch their rivals.

“We had a good start then all of a sudden everything was reversed,” Vestas 11th Hour Racing’s Jena Mai Hansen said. “Right now we can still see everyone, so we just need to give that little bit extra so we can catch them.”

After clearing Fastnet Rock the fleet will pass Bull Rock and begin the turn right to start climbing up the west coast of Ireland in headwinds.

It’s a short leg but a technical one – with plenty of opportunities and plenty of hazards.

“This leg is complicated,” explained Turn the Tide on Plastic skipper Dee Caffari. “Lots of land on both sides, lots of headlands, lots of tidal gates and then some oil rigs and wind farms. It’s going to be a really busy job for the navigator, especially as we’re not going to be out of sight of the rest of the fleet the entire time. It’s pretty full on.”